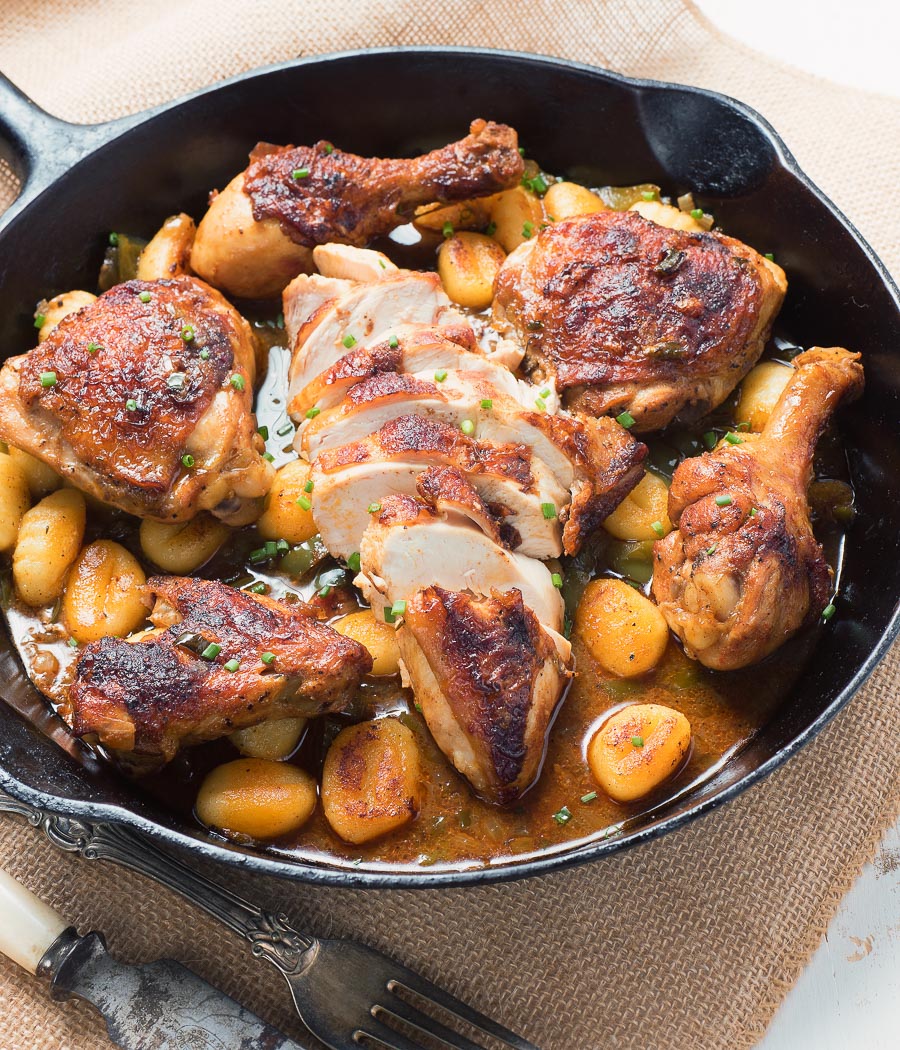 Cajun roast chicken. Easy. Delicious. One skillet. It’s perfect for weeknight dinners when you feel the need to eat something new. Something that just hits the spot.

Where did cajun go?

I’m a cajun addict. There. I said it. Now you know.

Somewhere along the way cajun stopped being cool. It was all the rage at one point. Cajun everywhere. You couldn’t go anywhere without seeing blackened fish or dirty rice or a cajun chicken sandwich. Trends come and go, I guess. But I never stopped loving it.

I don’t actually know why it fell out of favour. It’s such good eating. Maybe a little unhealthy sometimes because of the roux and the butter and all the salt.

But it doesn’t have to be all about fat. There’s tons of flavour to be had without adding a pound of butter.

The pre-fab spice mixes are the other problem I think. Tons of salt. Not much anything else. There are good ones but they are all salty. And that limits how much flavour you can get into the dish.

This  cajun chicken isn’t unhealthy. Not a lot of fat. Just the right amount of salt. But a whole lot of cajun flavour.

Make your own cajun spice

It’s ridiculous what store bought cajun spice costs. Put a celebrity name on something and all of a sudden it’s $10. There’s nothing to cajun spice. Creole seasoning. It’s everyday herbs and spices and some salt. Probably less than a buck to make a batch.

Thyme, paprika, cayenne, granulated garlic, black pepper and salt. How hard is that? Takes about 3 seconds to make. And it’s delicious.

Plus if you make your own you control the salt. Add more salt separately if needed. No reason why they have to be in the same container. 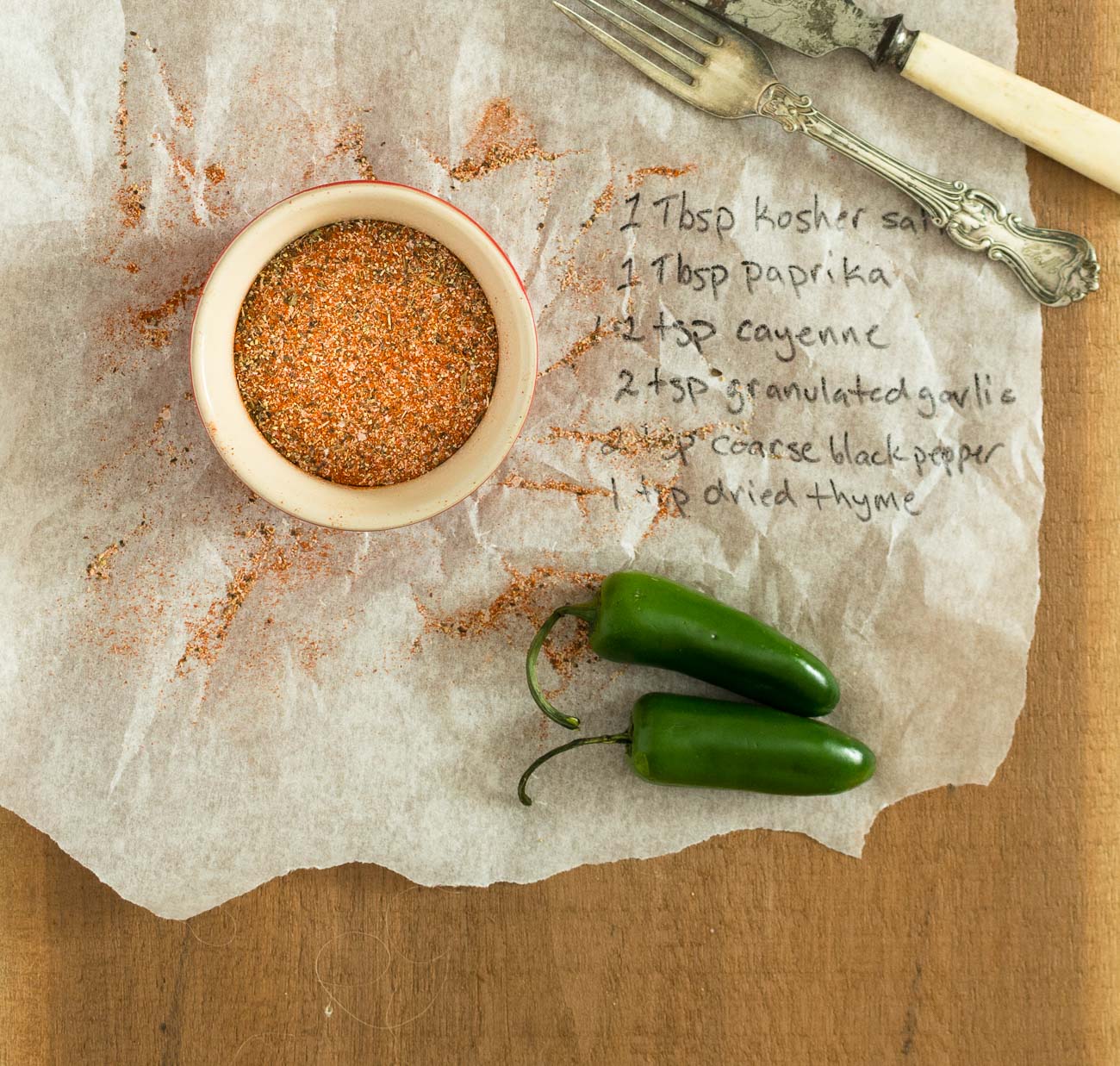 This is pretty easy dish to make.  Stovetop then oven then plate. It’s a good technique to learn. All sorts of dishes can be made this way. Not just chicken either. Chops of any sort work really well this way.

Season your chicken or chops. Pan fry them in a bit of oil until browned. Then into the oven until they get to your target internal temperature. Out of the oven. Remove the chicken or chops from the pan. Make a sauce. Serve. 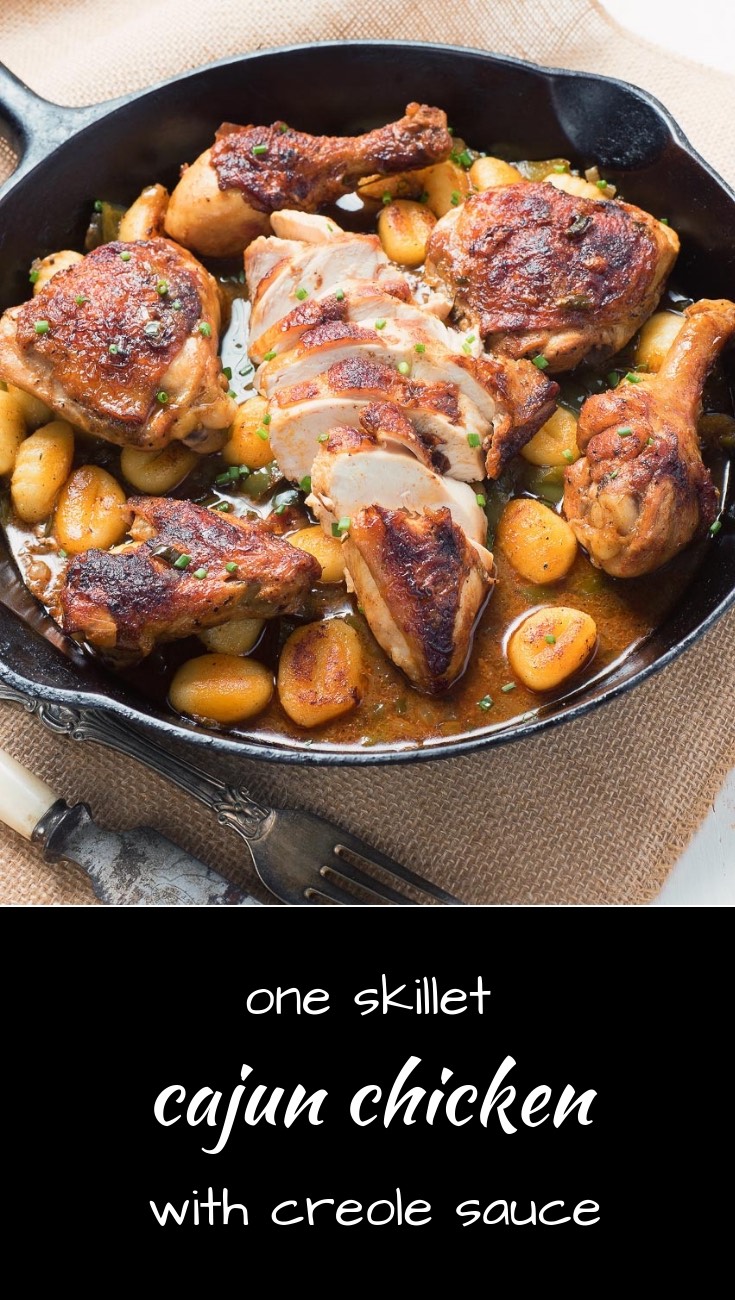 The reason it works is you don’t have to cook everything through on the stove top. It’s way easier to get something evenly cooked in the oven. But you get the initial sear. That gives you that extra flavour boost. Gives this cajun chicken extra crispy skin.

Don’t give up on cajun cooking. Even if it’s not trendy anymore cajun chicken is crazy tasty stuff. Easy enough for a weeknight but good enough for a dinner party. Try it. You’ll see. 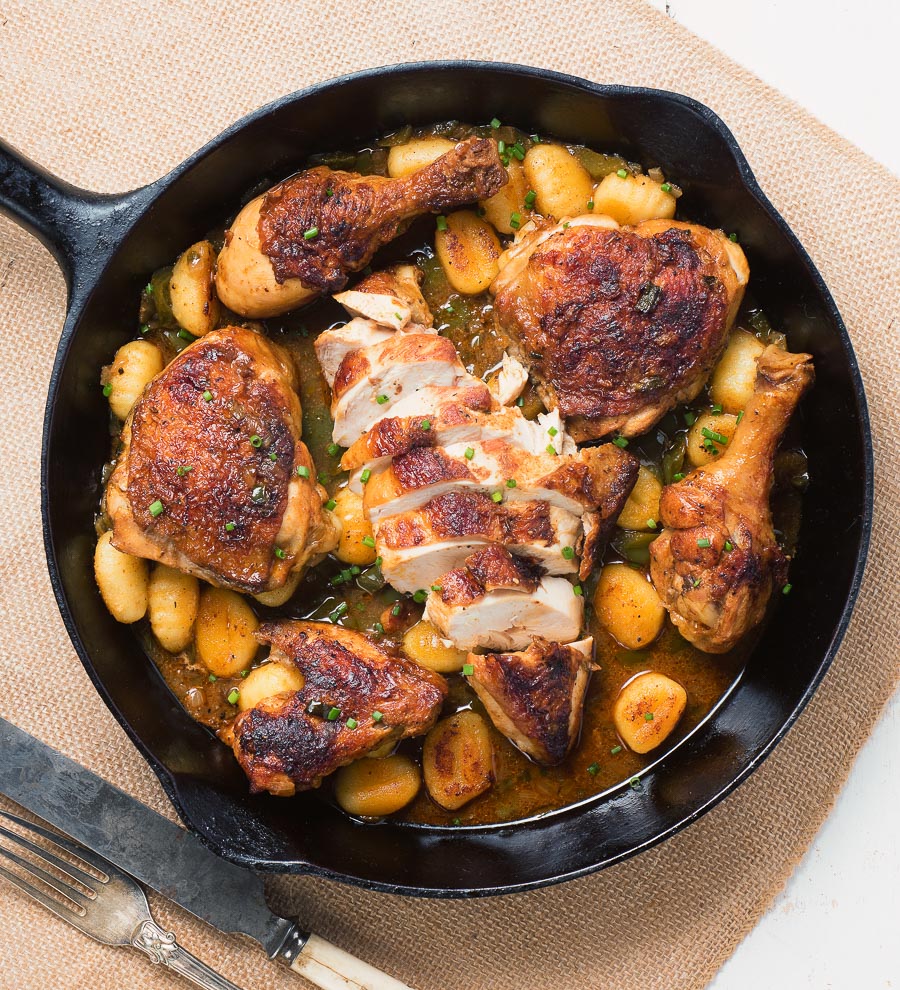 Depending on how hot the jalapeño is you may find this dish pretty spicy. If you are not a fan of hot cut back to 1/2 jalapeño.