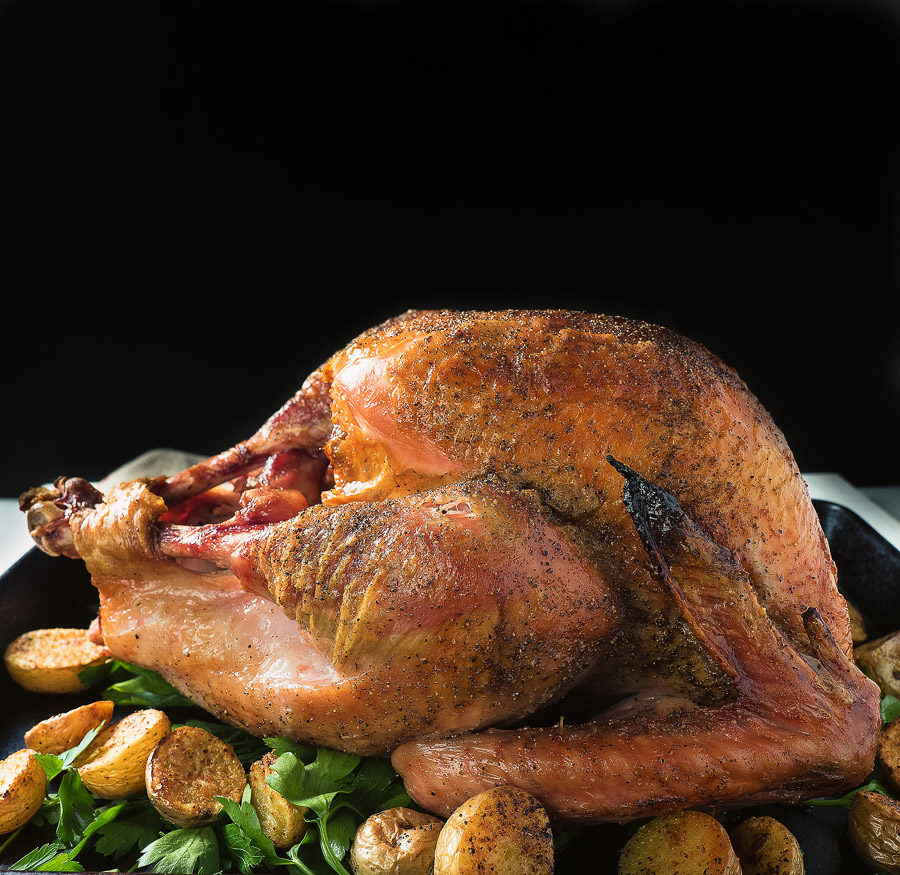 Grill roasted turkey is a great way to make a smaller turkey into something completely different from your traditional Thanksgiving bird.

Something magic happens. The gentle smoke from a charcoal grill permeates the turkey. It’s not a strong smoke like American BBQ. More like something from a wood fired oven.

BBQ turkey is too often overlooked. It’s a great way to mix things up. And it doesn’t have to be for special occasions. I don’t know where the rule that you can only make turkey at Thanksgiving came from.

But I’m not buying into it. Barbecuing a whole turkey is not hard. And it’s damn delicious.

Grill roasted turkey is easier with a small bird

It’s hard to cook a 30 pound turkey. It is actually near impossible to nail it. All sorts of tricks. Cover the breast. Baste. Put a damp sock on it.

OK. I made the last one up. But you get the picture. Here’s the secret. Start with a small bird. 10 to 12 pounds is perfect. Easier to move around. Way easier to cook evenly.

And you don’t wind up with 20 pounds of leftovers. Or enough turkey for 20 people. Which makes it perfect for smaller gatherings. I’ve been known to make barbecued turkey for six people. Why not? It’s like a really big chicken at 10 pounds.

I like smoke. Smoke from charcoal. I find it makes a real difference. You may or may not agree. But you can make a grill roasted turkey on any type of grill.

If you have a kamodo, the ideal set up is to use your heat deflector (legs down for an egg) with a pizza stone. Use pieces of split firebricks or an extra set of big green egg feet to put an air gap between the two.

For a kettle, set up an indirect fire by banking coals on both sides, leaving space in the middle. Place the roasting pan over the middle. You will need to add fuel along the way so plan for that.

For a gas grill, set it up for indirect heat and use some wood chips to impart the smoke flavour. If you don’t use wood, you are basically making your grill an oven. No smoke, no grill roasted turkey. 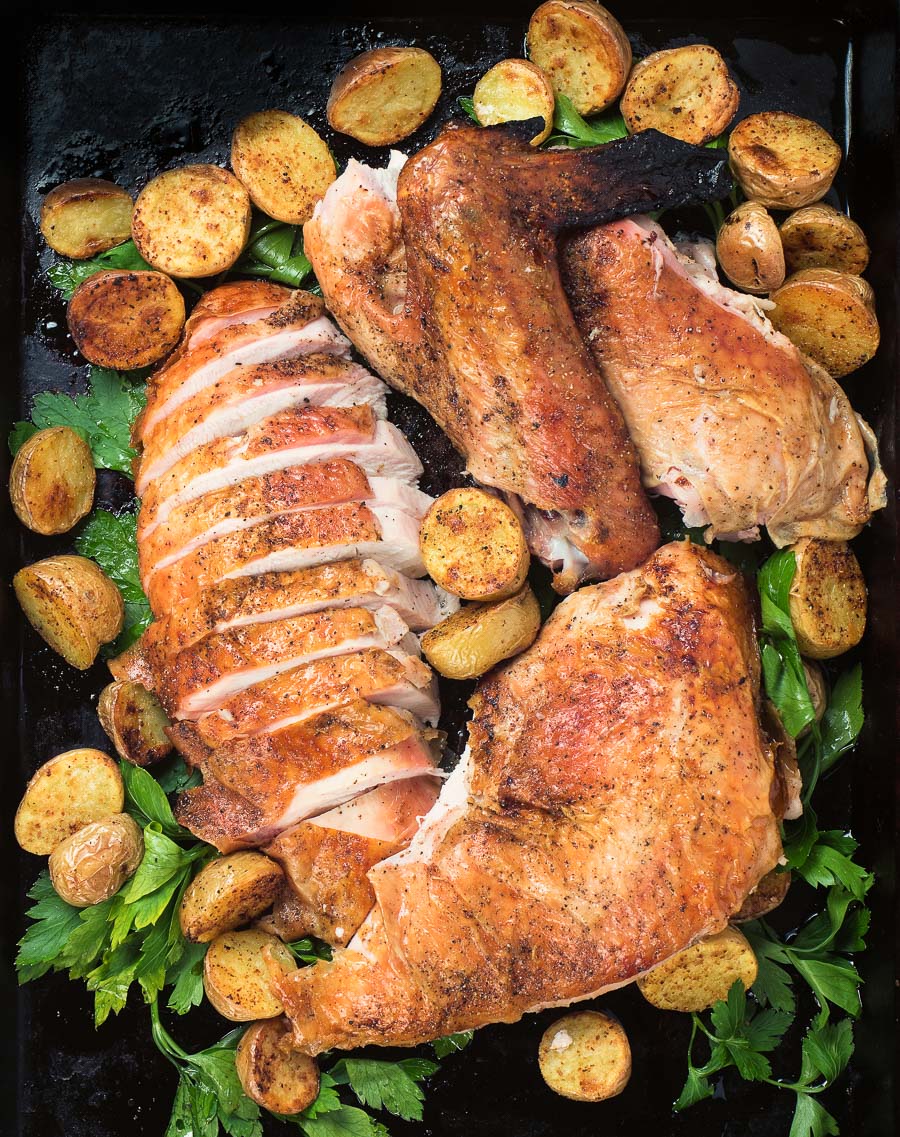 Make gravy for barbecued turkey like any other gravy

There’s no secret here either. You are roasting a turkey. Barbecued turkey is the same as any other turkey. You get drippings. Add stock. Make great gravy.

The only thing to keep in mind is the gravy will pick up a bit of the smoke. But that’s perfect. It complements the turkey perfectly. In fact, add a bit of chopped chipotle in adobo for an extra bit of flavour.

Chipotles are smoked jalapeños. See where this is going?

Grill roasted turkey. Barbecued turkey. Doesn’t matter what you call it. Just make it. Soon. You won’t regret it for a second.

Print Pin
No ratings yet

This recipe is about the smoke. If you are using a gas grill, you will need to try to add some chips to generate a bit of smoke. Just cooking it on a gas grill with no smoke is exactly the same as using your oven. Lump charcoal is best for this. Briquettes are a distant second. Gas grill with no wood chips is a non-starter. That sounds harsh but it's just a fact... No point to it at all.