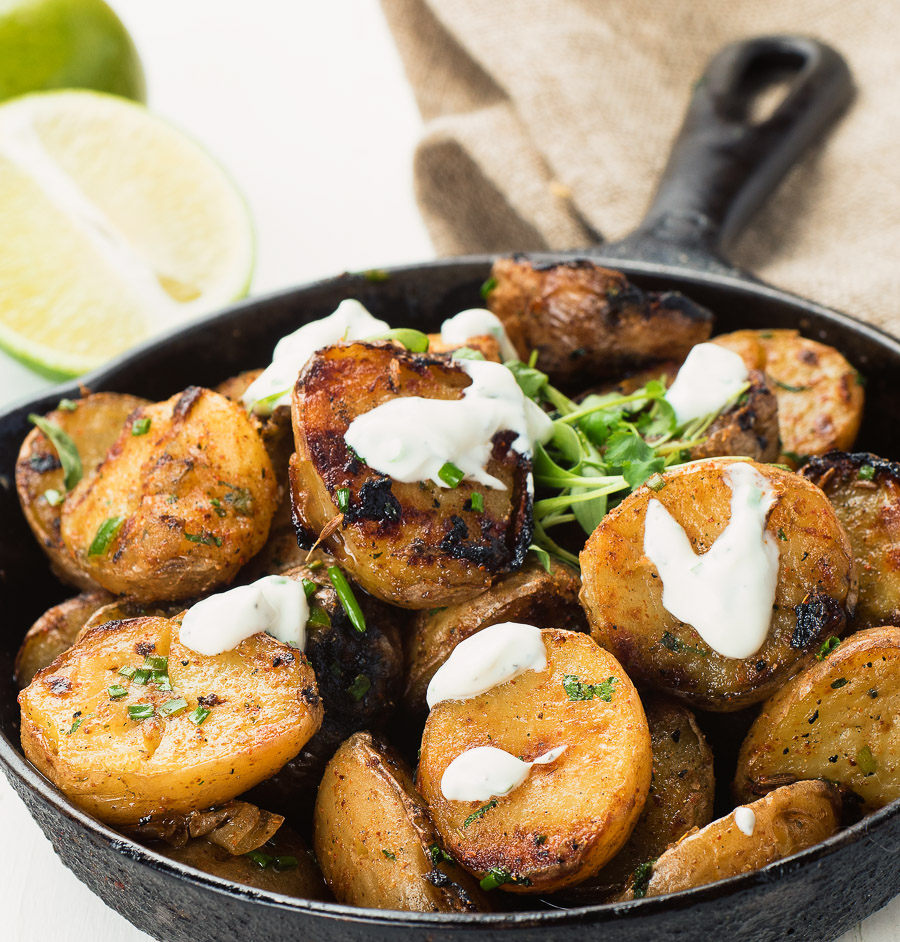 Indian taste meets addictive North American junk food flavour. Grilled. With butter. And Indian spices. There is nothing not to love here.

Dishoom’s gunpowder potatoes are famous for a reason

Dishoom is a trendy Indian restaurant in London’s west end. Big lines. Big prices. Posh Indian. A big deal. But there’s no reason you can’t make them yourself.

This is my adaptation of their gunpowder potatoes. These are a bit more restrained and lighter on the whole spices but pretty similar in concept.

You can push them closer to the original by upping the chili and whole cumin seeds. But any way you try them, they are absolutely killer delicious.

Aloo chaat by any other name

This dish is a riff on Indian street food. Aloo chaat specifically. Potatoes with chaat spices. The key flavour comes from chaat masala. You have to buy chaat masala at an Indian grocery store.

Read the ingredients. Make sure the chaat masala mix you get has black salt. Or buy some separately. Black salt gives chaat masala its signature flavour. Until you taste it you will have no idea what I am talking about.

Or make it yourself. Nothing beats fresh ground spices made in your own kitchen. Try this version of chaat masala sometime. 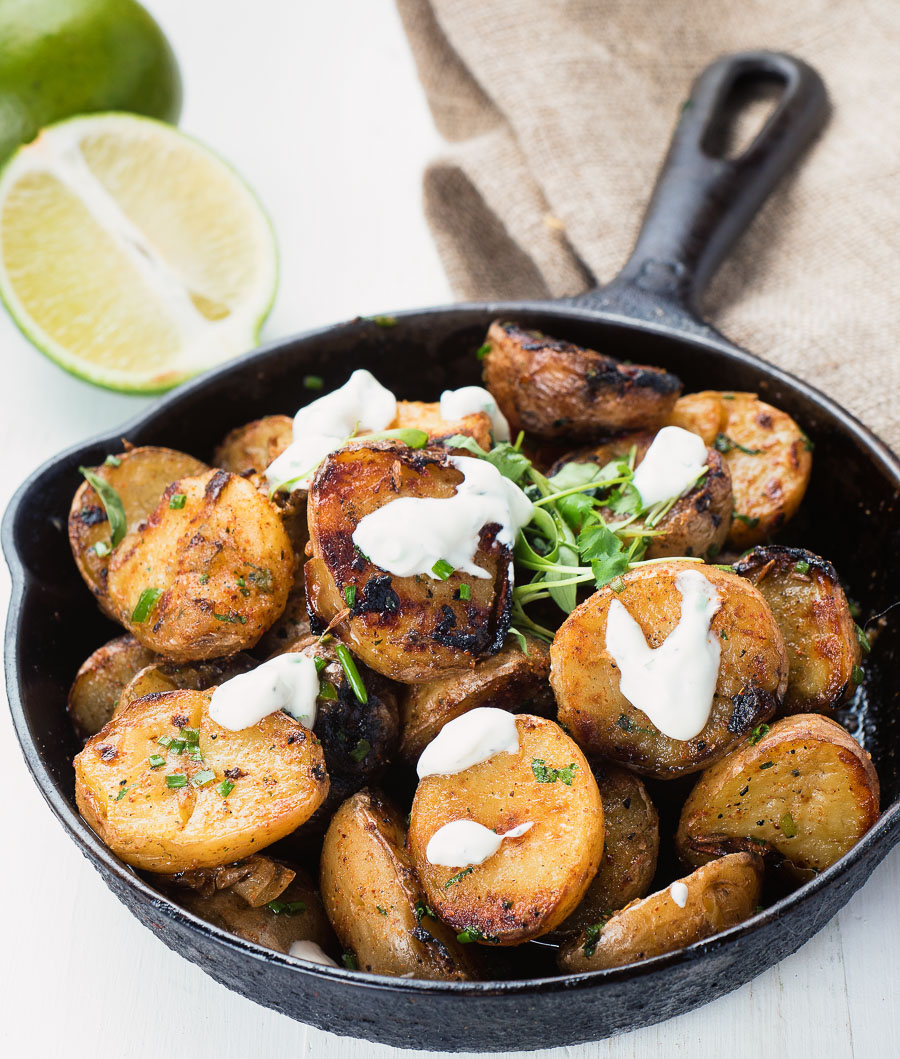 The key to getting these potatoes crusty on the outside but creamy on the inside is to boil them first. Then you toss them with a good amount of oil. This does something magic.

As you toss them they get a bit scuffed up. And that scruffed texture makes for little nooks and crannies.

Those nooks and crannies are gong to crisp up beautifully on the grill. They are going to catch final spice and butter mixture and hold it close. That’s what makes this version of aloo chaat so tasty.

This is a technique you can use when you roast potatoes as well. Works great. Maybe boil them a little less (more par-boil). Toss them until they start to scruff.

Add a good amount of olive oil.  Salt liberally. Roast in the oven. Something to really jazz up your next Sunday dinner.

Gunpowder potatoes. Aloo chaat. Doesn’t matter what you call them. Delicious either way. As an appetizer. Or as the most outrageous side to tandoori chicken at your next backyard BBQ.

Mint sauce is not mint jelly. You could also use 1 tsp fresh mint with a pinch of sugar. Don't use mint jelly.