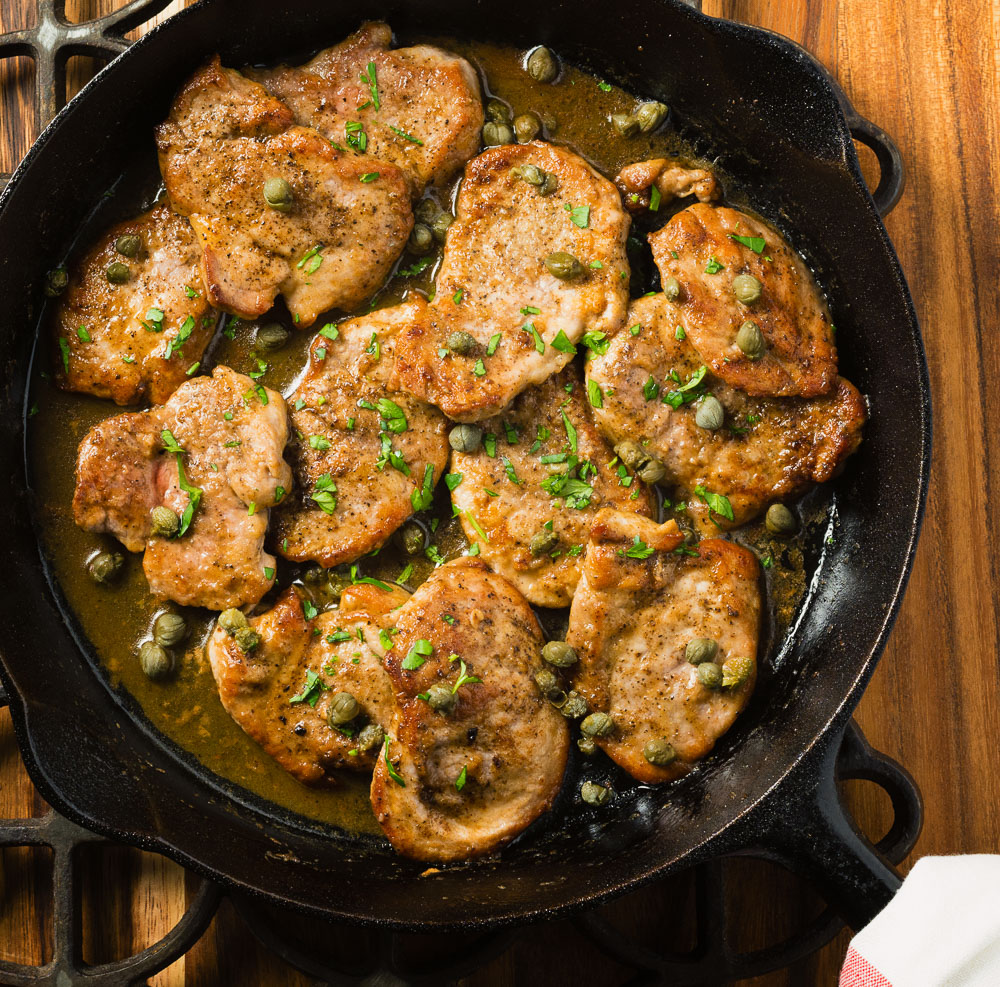 Pork piccata is a great alternative to the more obvious chicken piccata. It’s easier to prep. It’s less likely to dry out. And it has more flavour. What is not to love here?

Does the world need another chicken piccata recipe? I’m pretty sure not. And yet, here I am doing it. I justify it to myself because I have two observations to share.

One – why so much lemon? I see recipes with the juice of two lemons. Two lemons. That’s half a lemon per portion. Then they claw back the acidity by adding a bunch of butter. It’s adding calories to hide a flaw. Crazy.

Two – it’s always chicken (or maybe veal). I like pork piccata. It’s more forgiving than chicken and much cheaper than veal. Tasty, forgiving and cheaper. You decide. Maybe I’m the crazy one here. Wouldn’t surprise anyone. But I think pork piccata works…

I’ve used pork tenderloin here. If you wanted bigger pieces maybe a small loin could sub in but you’d need to be careful because you run the risk of tougher meat. The tenderloin is pounded a bit so it’s a fair size. Kind of veal picatta size.

And for the record, they are adding butter to balance a ton of lemon so they can add more butter. Fat tastes good. But it’s a lot of calories for not much gain.