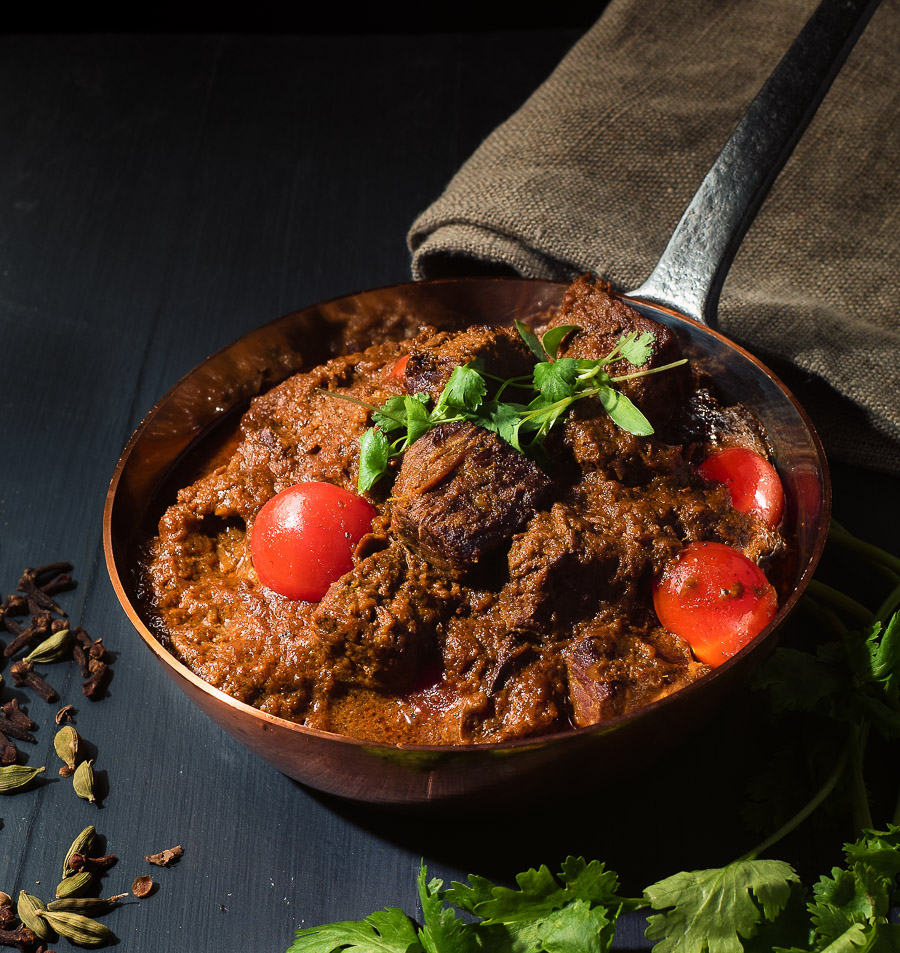 Beef rogan josh is one of the first Indian curries I ever learned to cook. I got it from Madhur Jaffrey’s first book and I thought I was the cat’s meow.

People raved. It became a house favourite. It was pretty good. But this is better. Much better.

You can’t rush this rogan josh. No way. Homestyle curries take time. Beef takes time. But it’s time that makes it all come together.

This is no different than any other beef stew. You need to go slow. This is a braise. And braising cannot be rushed. It’s a good thing. The house will smell incredible. You will be pleased with what you cook.

Take the time to brown the beef

Browning meat is not about colour. That’s a nice byproduct sure. But it’s about flavour. Depth of flavour. Complexity. There’s this thing called the Maillard reaction that happens when you brown.

Basically something wonderful happens when the amino acids and reducing sugars in the meat hit heat. Complex chemistry. Food science. But you don’t need to worry about that if you don’t want to. All you need to know brown is better. Way better. 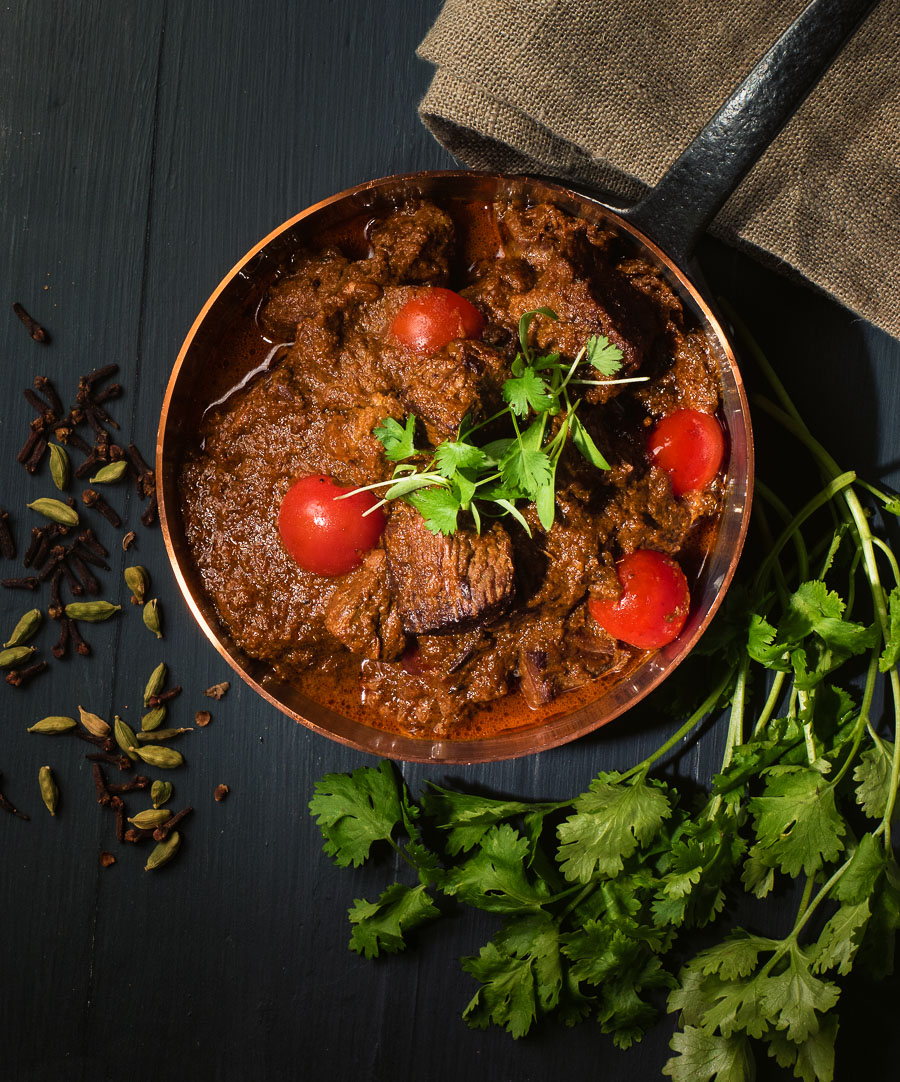 I’ve learned a lot about Indian cooking since I first made this recipe. Indian flavours are big. To get big flavours you need spice. Lots of it.

Not necessarily more heat – chili is only one spice in the mix – but more flavour. I’ve also learned that blooming the spices – cooking them in oil up front – makes a big difference. Try that. You will never go back.

Browning onions well is another key trick. Cooking onions until they are translucent is good for western food. It is not right for Indian. Translucent is not brown. You want brown.

These are truths that apply to all Indian curries. If you like cooking Indian, consider adding these techniques to your cooking.

This is one of the only curries I make with beef. I like lamb and chicken. But it just wouldn’t be right.  Beef rogan josh is all about the interplay of the spice beefy goodness. It just works…