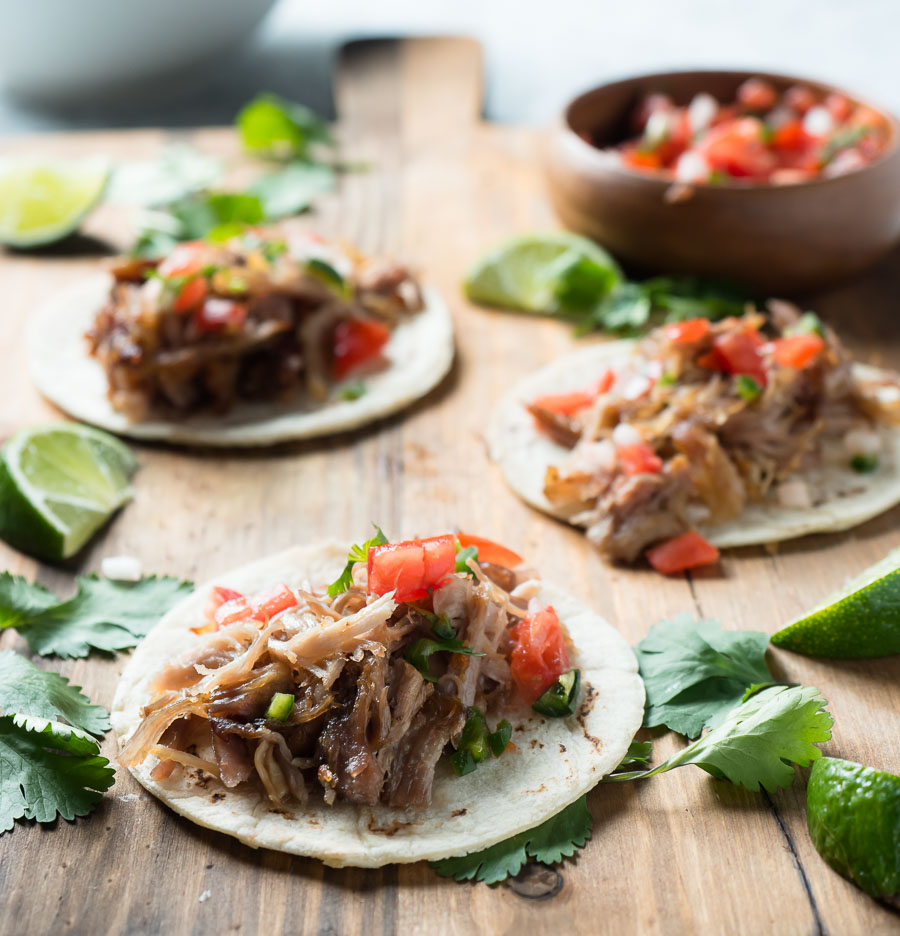 Carnitas are little bits of crispy delicious pork that make the best tacos. These are taqueria style carnitas you can make at home.

Pork poached in lard. What is better than that? Sound crazy to you? Consider this. Duck confit is duck poached in duck fat. And duck confit is probably the second greatest thing you can put in your mouth.

The concept is not exclusive to the French. They may not have invented it. It could be Mayan. I don’t know. I do know carnitas are pork poached in lard until meltingly tender. Low and slow. Like BBQ. But in your oven. This is  pork heaven. 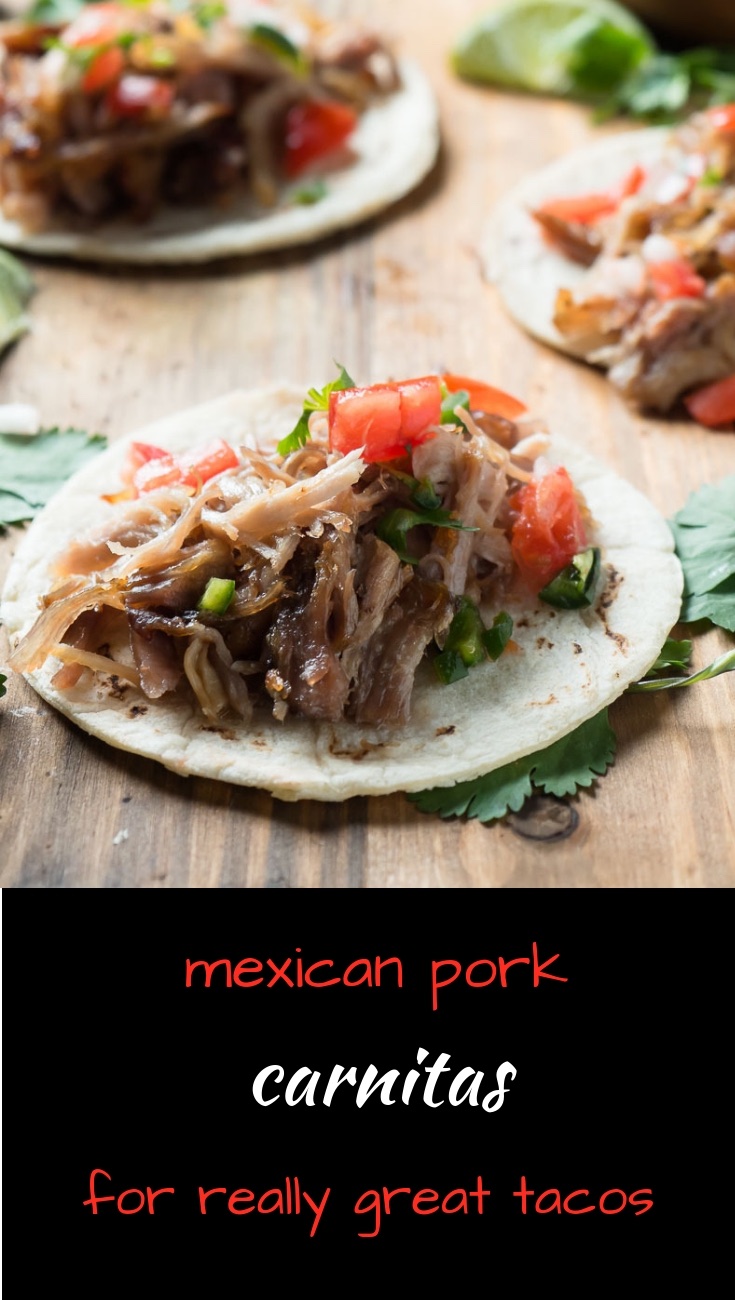 In Mexico they make  carnitas in giant pots of barely simmering pork lard. They don’t change the lard. It just gets more and more flavourful as literally tons of pork shoulder pass through it. 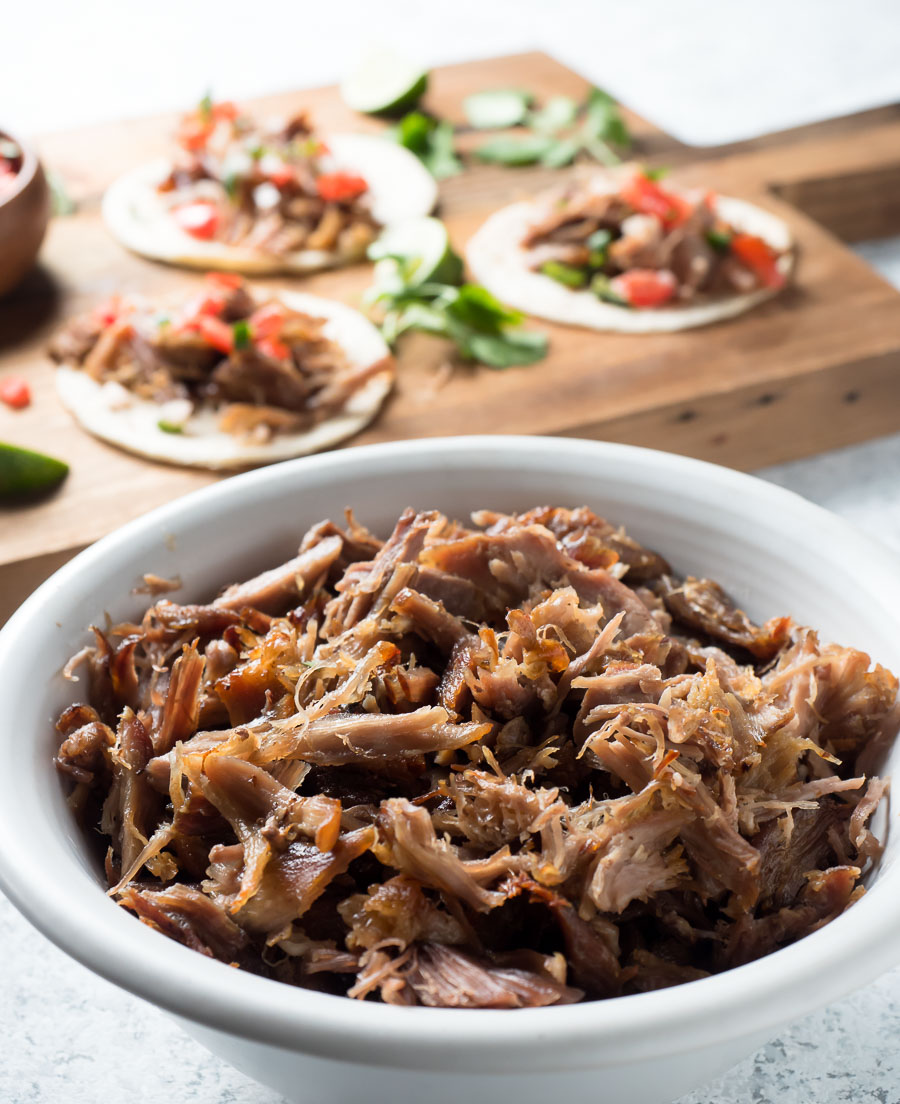 Carnitas you can make at home

This is a scaled down version. No giant pots. No cooking tons of pork a week. But a little bit of pure pork goodness nonetheless.

I like this version a lot. I like my sous vide carnitas approach too. The sous vide approach gives you a really meltingly tender carnitas.

This is toothier but it’s big on crispy pork carnitas flavour. I think this one edges out the sous vide version. My wife thinks the opposite. 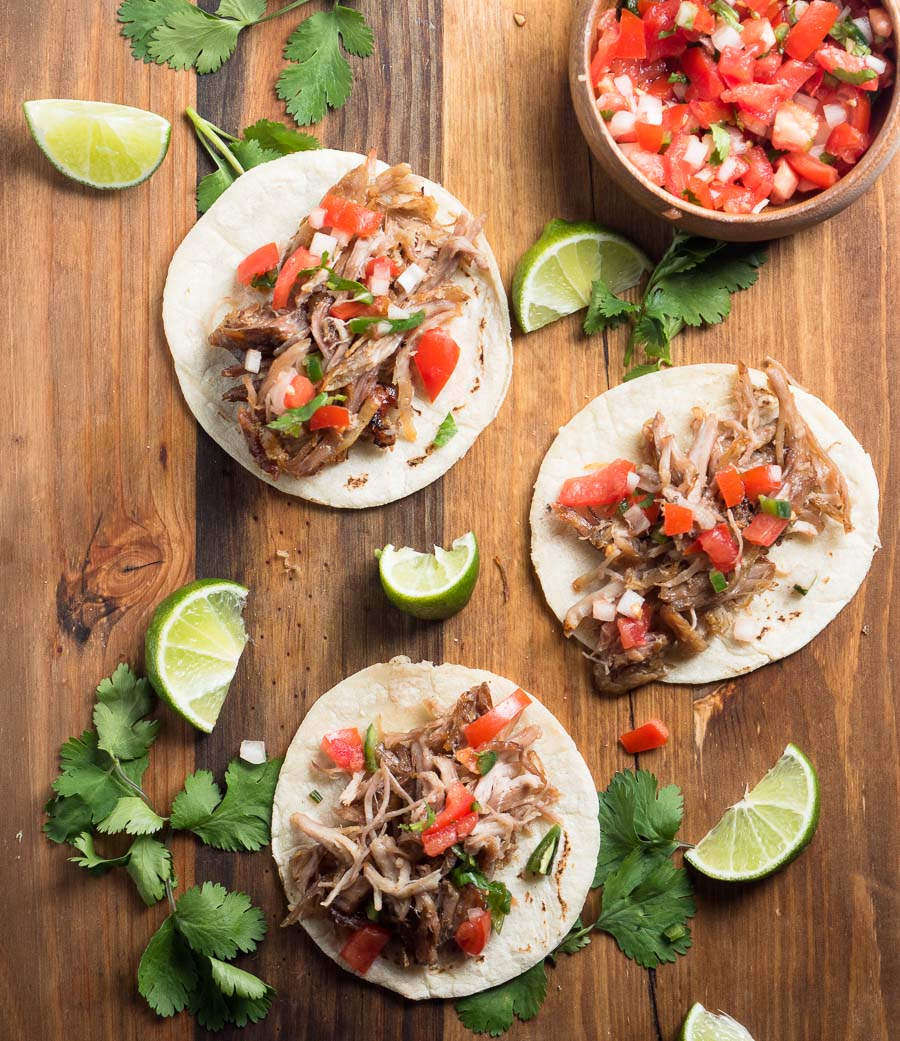 I’m not saying you can’t get something wonderful from your slow cooker if you keep the liquid to an absolute minimum.

But I am saying I don’t think slow cooker carnitas are like like stuff they make in Mexico.

This one doesn’t quite do it either but it’s a lot closer. I bet this is the technique used in restaurants serving carnitas as one of many things on the menu.

Carnitas like they make in taquerias – but scaled down

Think of this as a scaled down restaurant version. I’m guessing they do it in a low oven in big insert pans. Two or three pork butts at a time.

Here it’s an oven safe baking dish. But it’s pork lard. Not a lot of pork lard. But pork lard.

Everybody should have some pork lard next to the duck fat in the fridge. Doesn’t take up a lot of room. And it’s so good.

This recipe is based on the Serious Eats recipe with some glebekitchen twists. There’s a dry brine. Pork lard instead of vegetable oil. The pork was crisped up a little using a sturdy cookie sheet. The mix of crispy and meltingly tender adds a bit of wow. 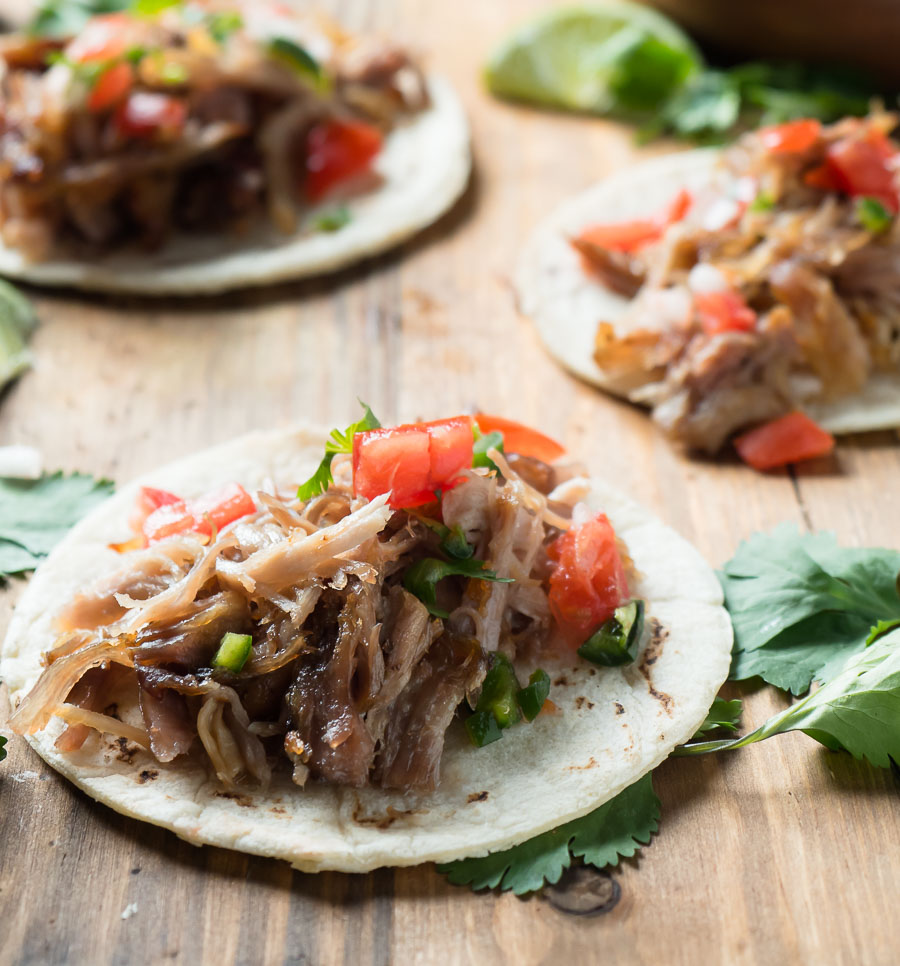 But at it’s heart this is an easy recipe. Take some pork. Add some onions and orange. Don’t be afraid of the orange. Sounds strange but it’s a background flavour. Pour in some fat. Cook. Shred. Broil. It’s just as straight forward as that.

Pork carnitas are some of my favourite  taco fixings. Awesome nacho topping. The secret to crazy good grilled cheese. Or in killer mac and cheese.

But they are best shovelled into your mouth as they come out of the oven. I’m not ashamed to say I’ve done that. Seriously addictive stuff. 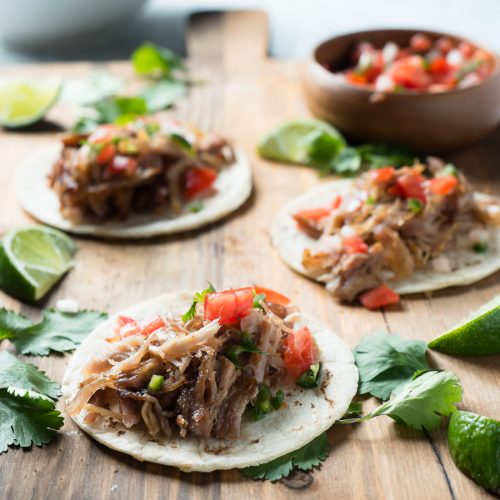 For this you want the boston butt or blade roast. This is the same cut used for pulled pork. If you aren't sure ask your butcher.