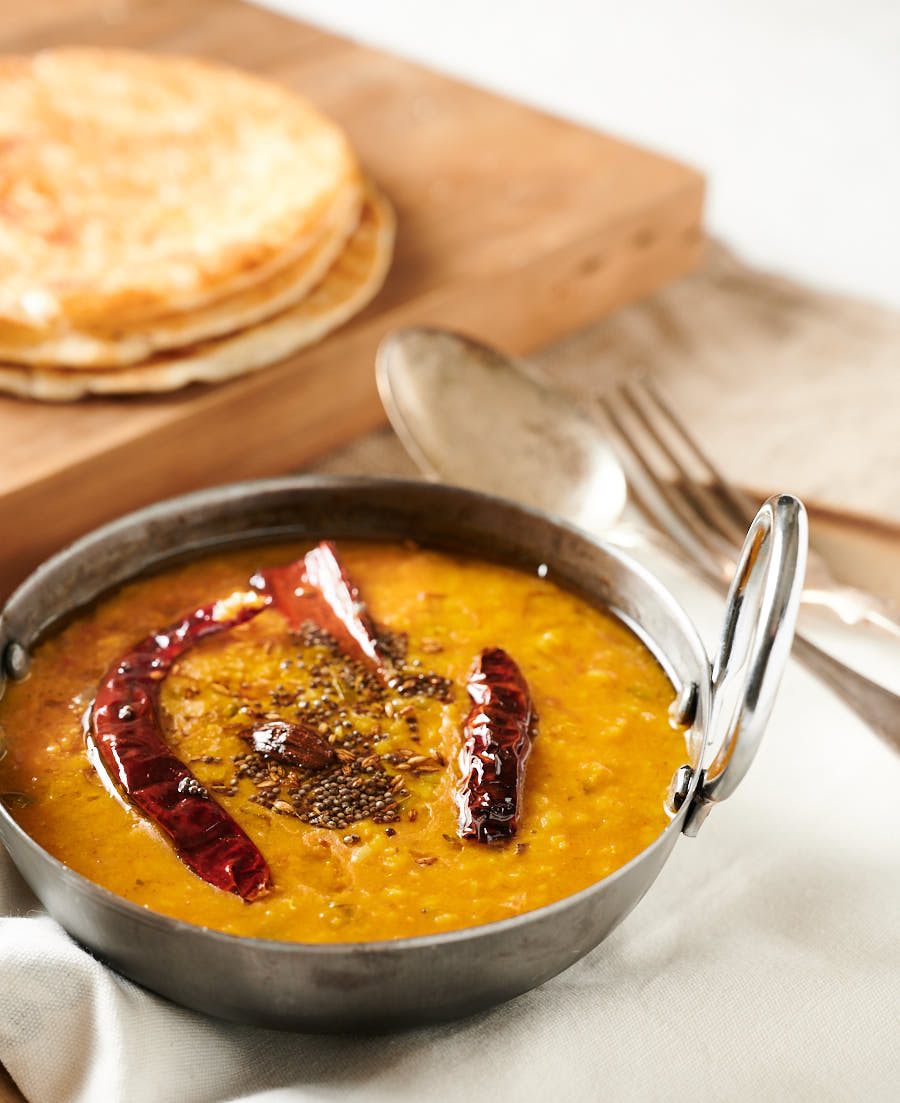 Dal tadka is the one of the great Indian lentil dishes. Restaurants serve it everywhere for a reason. It is just really, really tasty.

And you can make it at home. It’s not hard. You can even cook the lentils the day before and finish them off when it’s time to eat. Great fast food.

They call this Dhaba style in India. Dhabas are restaurants along highways. Comfort food done restaurant style. Cheap and delicious. Guess everyone wants that on road trips. Yabba doo.

The two stage flavouring is what makes them. First you make a masala. A combination of tomatoes, chilies, onions and spices. Cook it up and mix it into the lentils.

At this point it’s already good. You could stop here and not care. Seriously.

Or you can hit them with an extra shot of flavour. Fried whole spices bloomed in a bit of oil. Drizzled over the lentils. A double blast. Mad scientist genius. 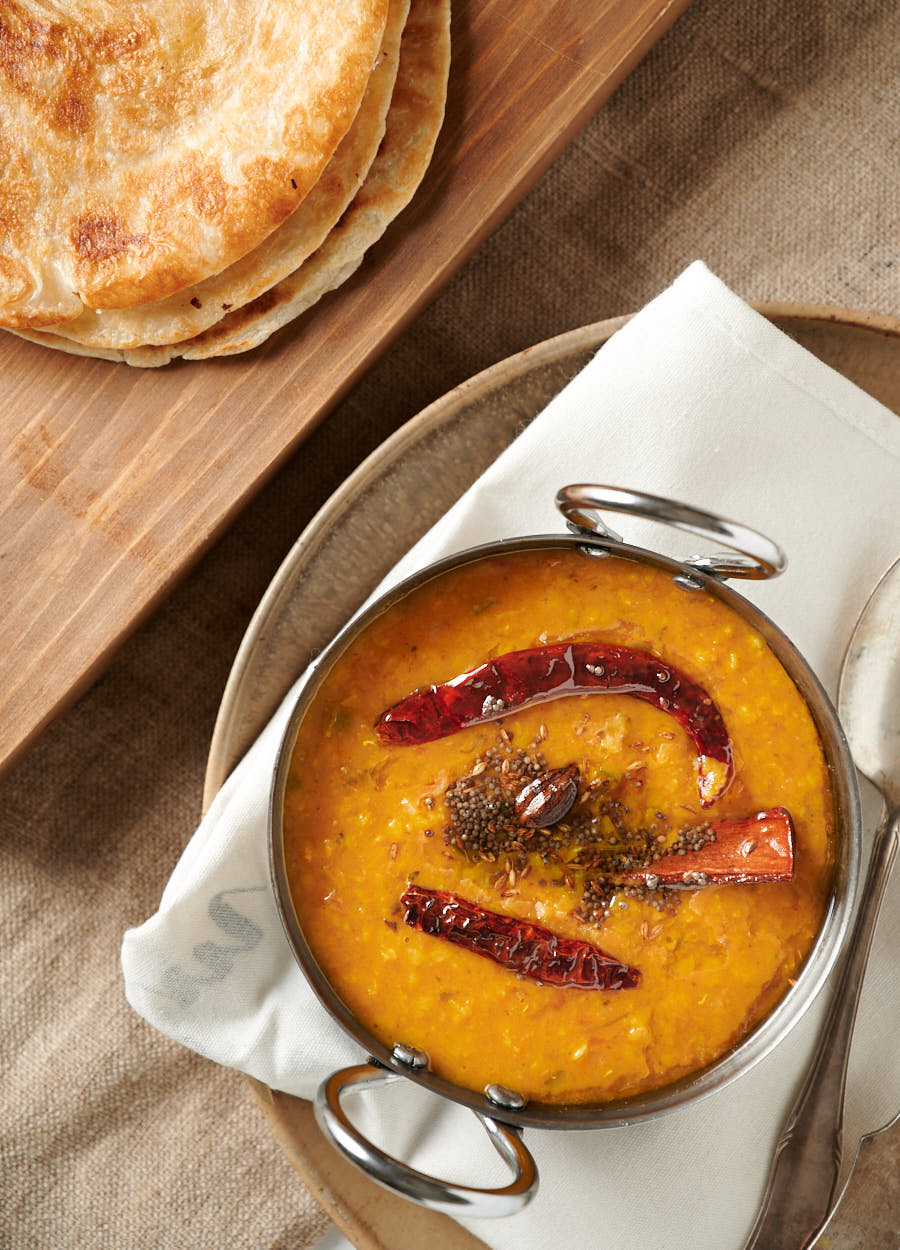 The one blast of flavour I’m leaving out is charcoal. Dal tadka has an optional step. It involves using a burning piece of charcoal to infuse the lentils with a bit of smoke.

That’s a bit over the top. Even for me. So I cheat. A couple black cardamom in the tempering. Adds a bit of smoky taste. Without burning down the house. Fair trade I think.

You may think otherwise. And that’s OK too. I don’t think there’s a tadka dal police. But if there is I guess they are coming for me… 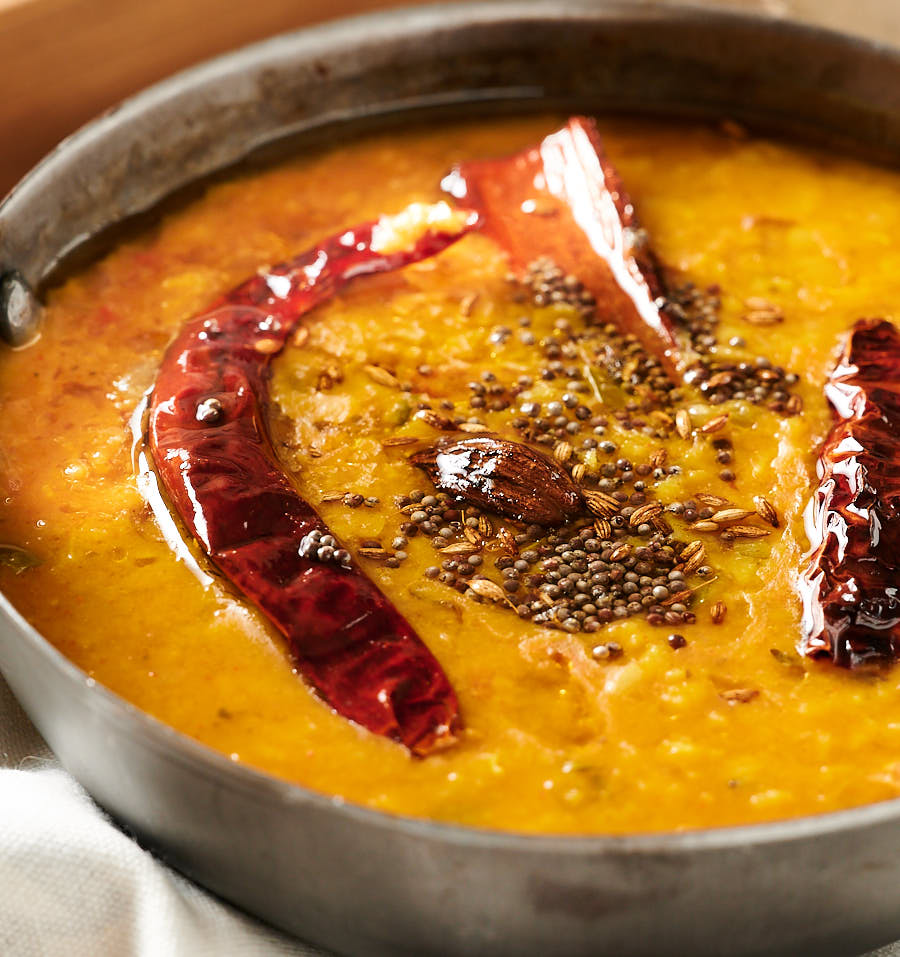 The other great thing about dal tadka is the texture. It’s soupy. The lentils are indistinct. Creamy even. I love that. It’s one of my favourite things about Indian food.

There are two lentils that always work. Masoor dal is one. Those are the little split pink lentils you see all over the place.

Toor dal is the other. That one will take a trip to an Indian grocer. It is perfect for dal tadka. Worth seeking out. Great in sambar too. Buy a big bag. If you are an Indian lentil fan you will use them up. 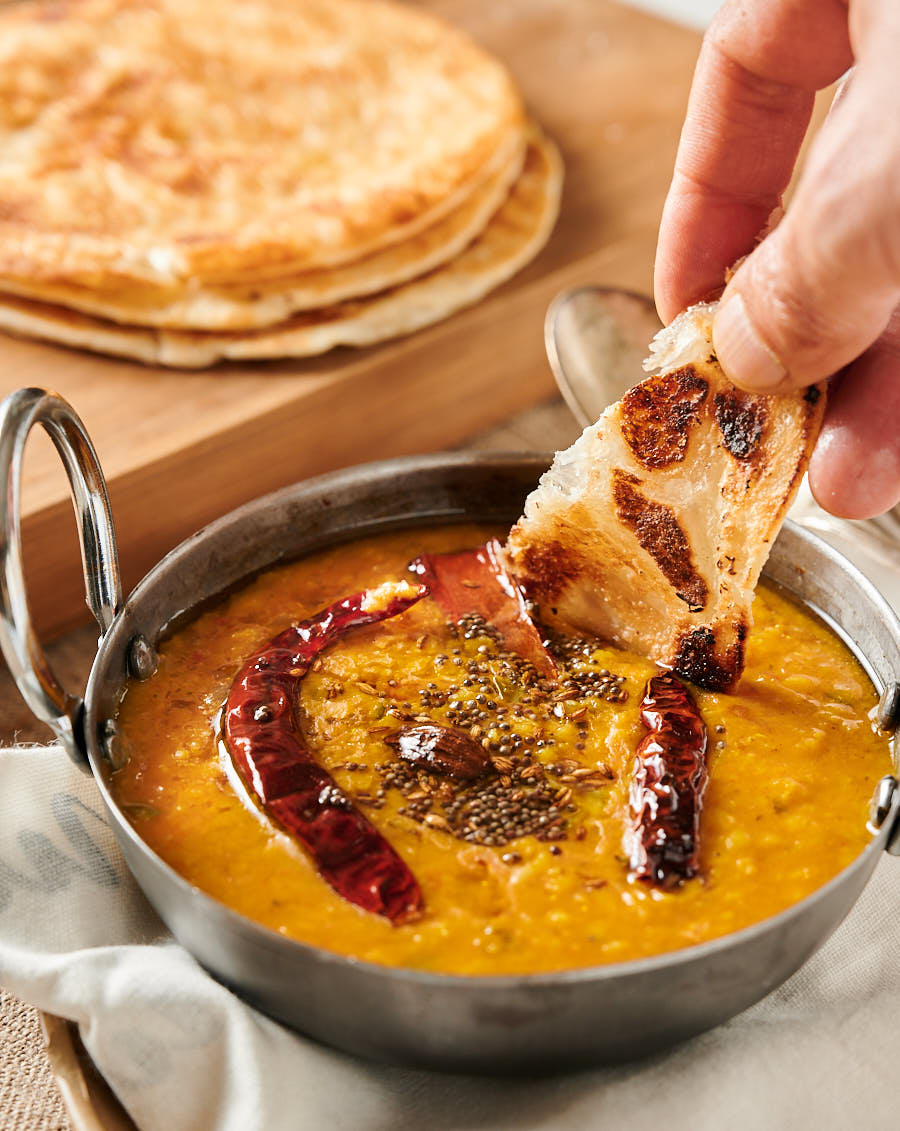 It’s good enough to star as a main course in a vegetarian meal. Serve it with parathas or chapatis and you have a great dinner right there.

Or make it part of a larger menu. But if you do that make sure your other dishes are just as good. Or it will steal the show. Dhaba style dal tadka. Could be you’ve just met your new favourite lentil dish. 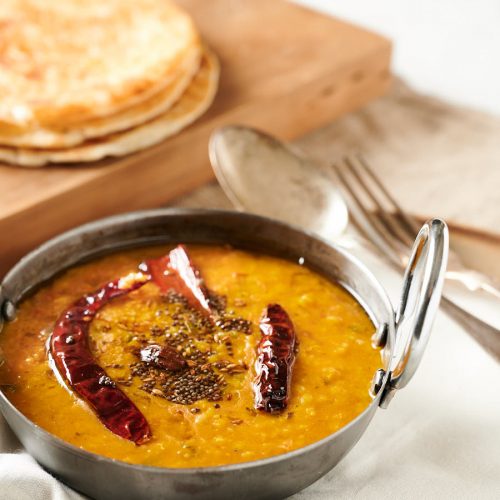