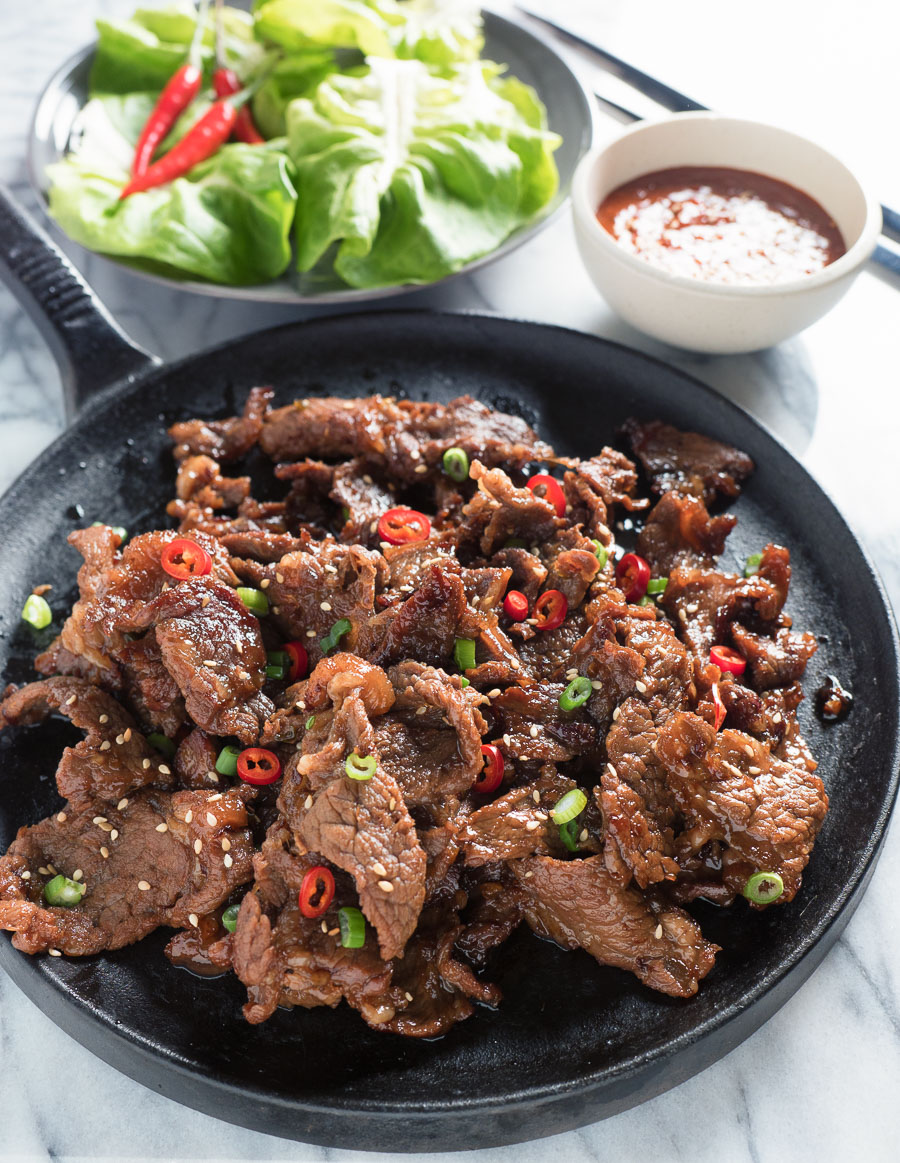 Korean beef bulgogi doesn’t have to be hard. Make a simple sauce. Slice some beef against the grain. Stir fry briefly. Add the sauce and finish cooking. Eat. Just as easy as that. Sometimes easy is just delicious.

If you’ve never heard of beef bulgogi it’s time to learn. This is one of Korea’s national dishes. It’s been around for a couple thousand years. It means “fire beef”.

Beef bulgogi can be grilled or stir fried

But you can grill it. Just be ready to move fast. The beef is sliced thin. Think about using one of those grilling pans with the holes in so you don’t need to individually flip bits of beef. That’s enough to drive anyone crazy.

If you want to serve it old school – in a lettuce wrap – you should think about making ssamjang. That will mean a trip to an Asian market. Takes a few ingredients you won’t get at a grocery store.

You can get gochujang and doenjang at any Asian grocer

Confused? It’s like any new cuisine. You will figure it out. I promise. If you are getting into Korean cooking you need the ingredients anyway. 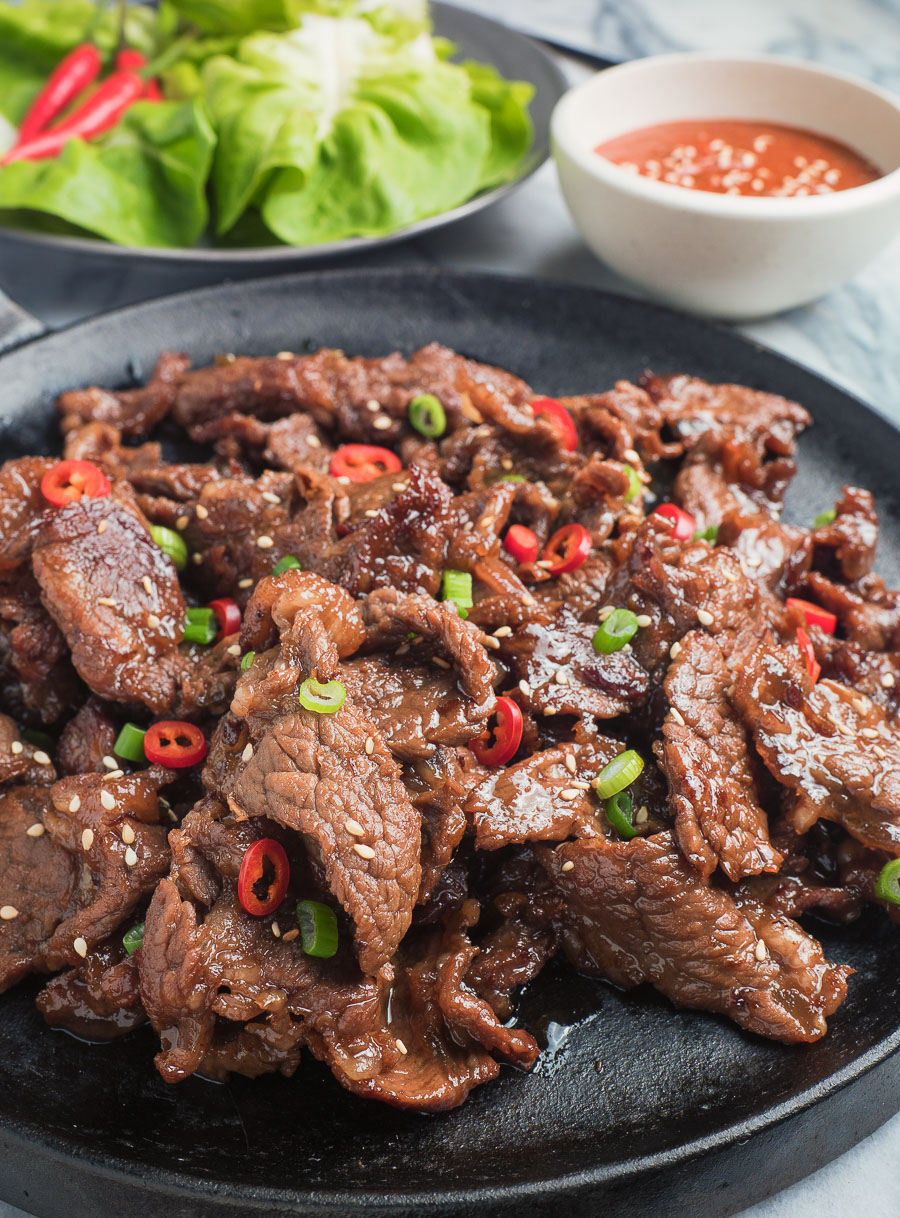 Bit of rice. Bit of beef bulgogi. Drizzle of ssamjang. Maybe some sliced radish. All wrapped up in a piece of lettuce.

The original lettuce wrap. Maybe the first wrap of any kind. Maybe not. I’m not making claims here… 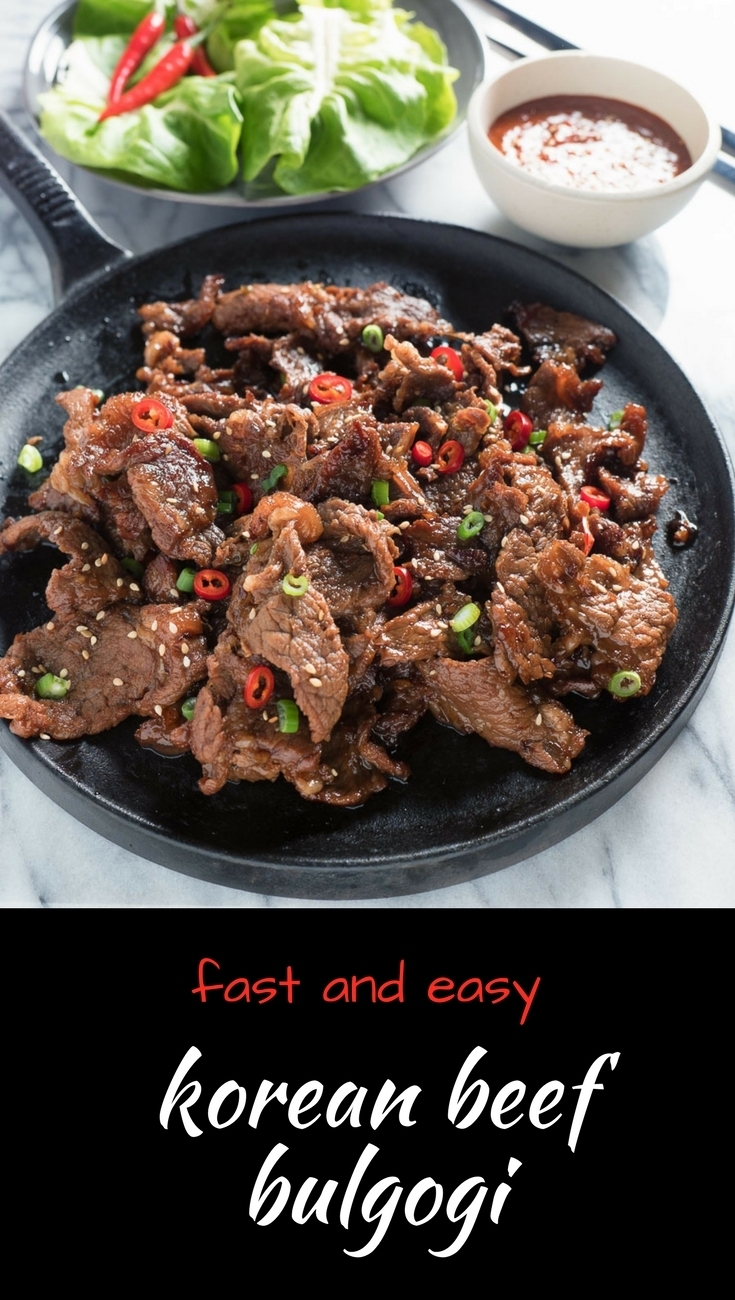 You can serve it on rice. That’s bibimbap. Mound it on some baguette and drizzle it with some gochu mayo. That’s just crazy goodness for your mouth.

Any way you serve it, beef bulgogi is famous for a reason. It’s just tasty, tasty stuff. Stir fry turned up to 11. And it’s easy. Did I mention that? 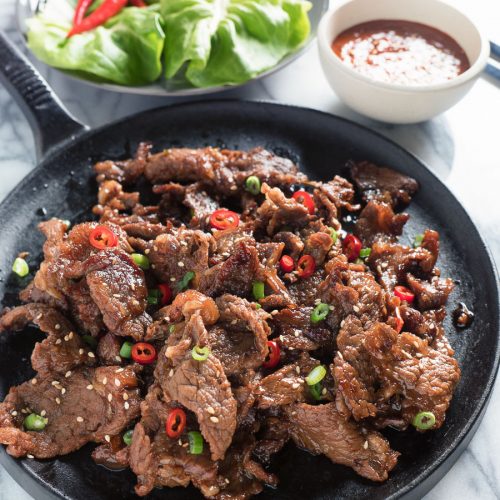 You can buy Korean bulgogi sauce but it's much better to make your own. See here for a recipe that you can make in 2 minutes.   This recipe makes a lot of ssamjang. You will have extra. Half the recipe if you don't want as much. Bet you want it though. Try it with eggs. Or smear it on a sandwich. Or make more bulgogi tomorrow...   Gochujang and doenjang are Korean fermented soybean pastes. Like Korean miso. Gochujang is spicy and comes in a red tub. Doenjang is not spicy and comes in a brown tub. You can buy ssamjang if you don't want to make it. It comes in the green tub. Confused? You will understand when you get to the Asian market. Just remember - red is spicy, brown is not, green is ssamjang.