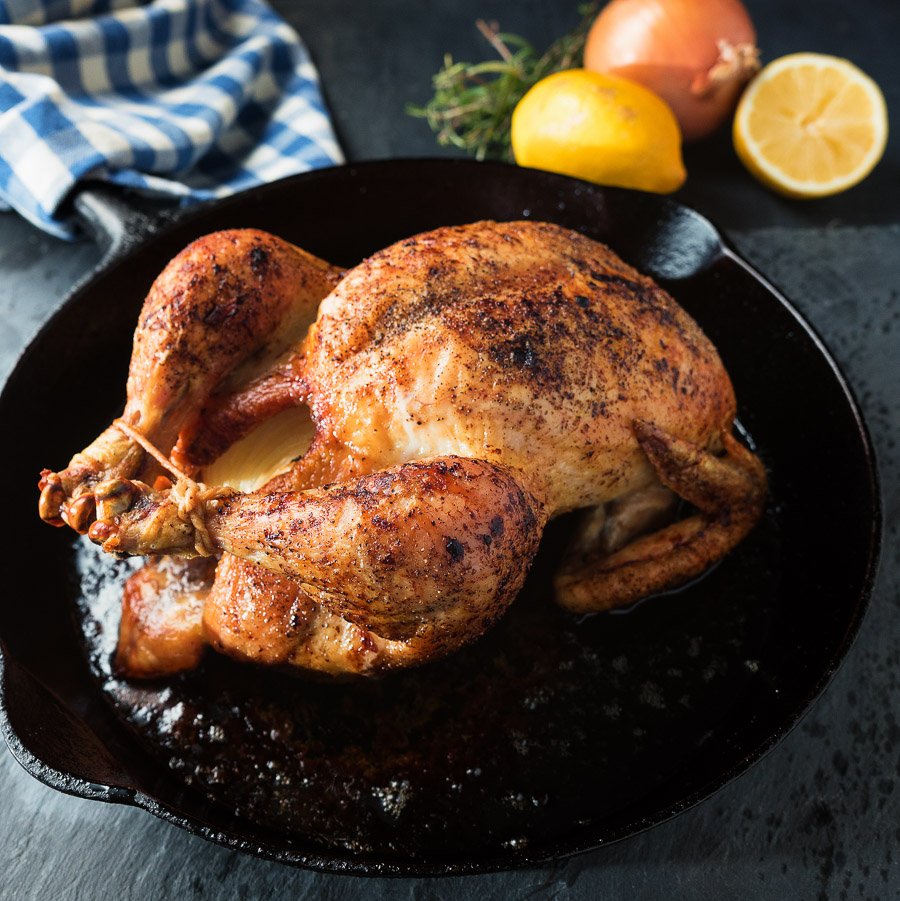 I tried to recreate it at home for years. I had pretty much given up. Then I tried the French roast chicken from Anthony Bourdain’s Les Halles cookbook (he was a chef before he became, well, before he became Anthony Bourdain). Wasn’t even looking for the brown sauce and there it was. Revelation. Rich, complex, delicious. Lemon, onion, rosemary, white wine – all there and beautifully balanced. If you are looking for a signature roast chicken this one is a good candidate. I’ve modified the recipe a bit but credit still goes to Les Halles.

If you’ve made the super concentrated chicken stock – this is a good place to use some. 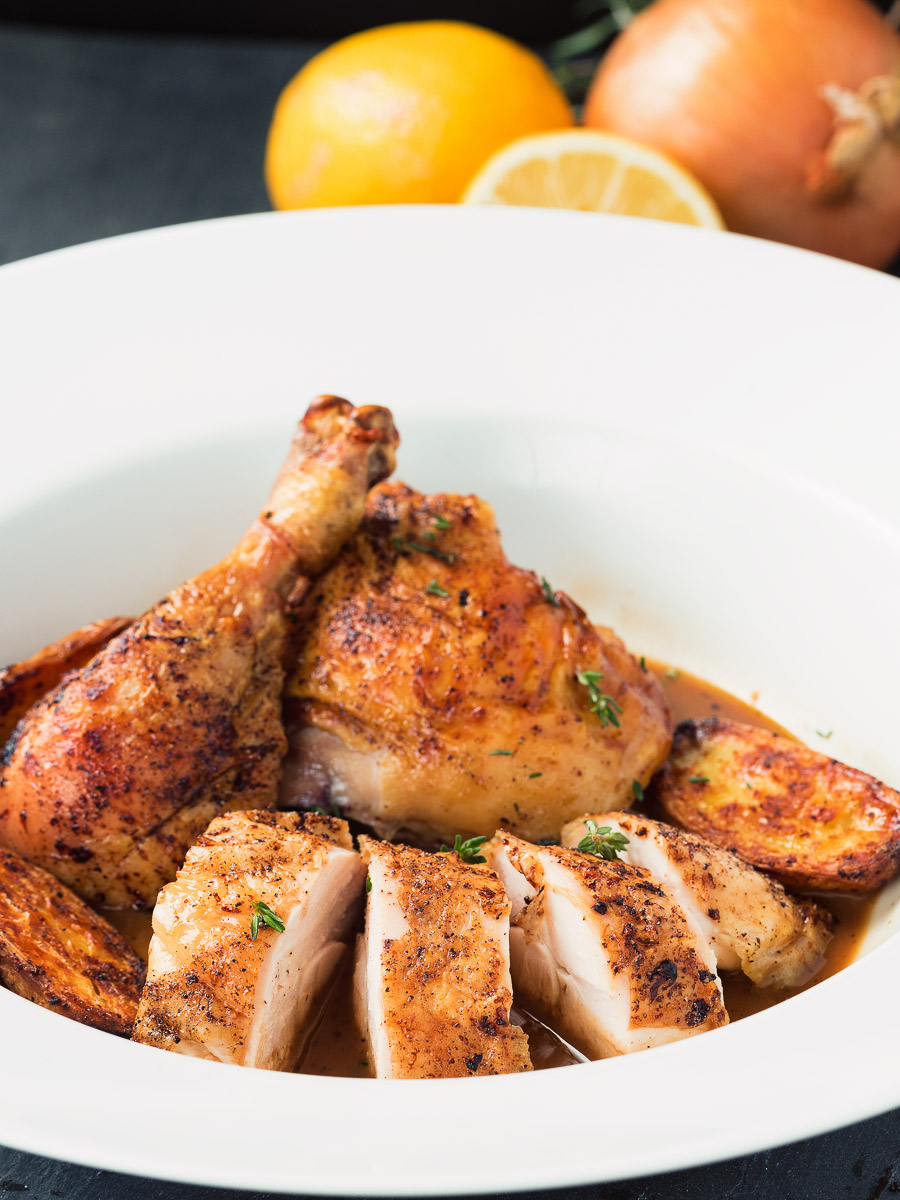 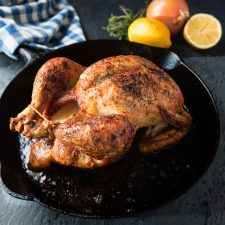 An oven proof skillet that just fits the chicken works well for this recipe. When you pull the chicken out of the oven put a cloth on the handle of the pan to remind you it's been in an oven for an hour. If you don't, you will grab it and burn yourself. Everybody does it once - let's not make this "that time". It really, really hurts.