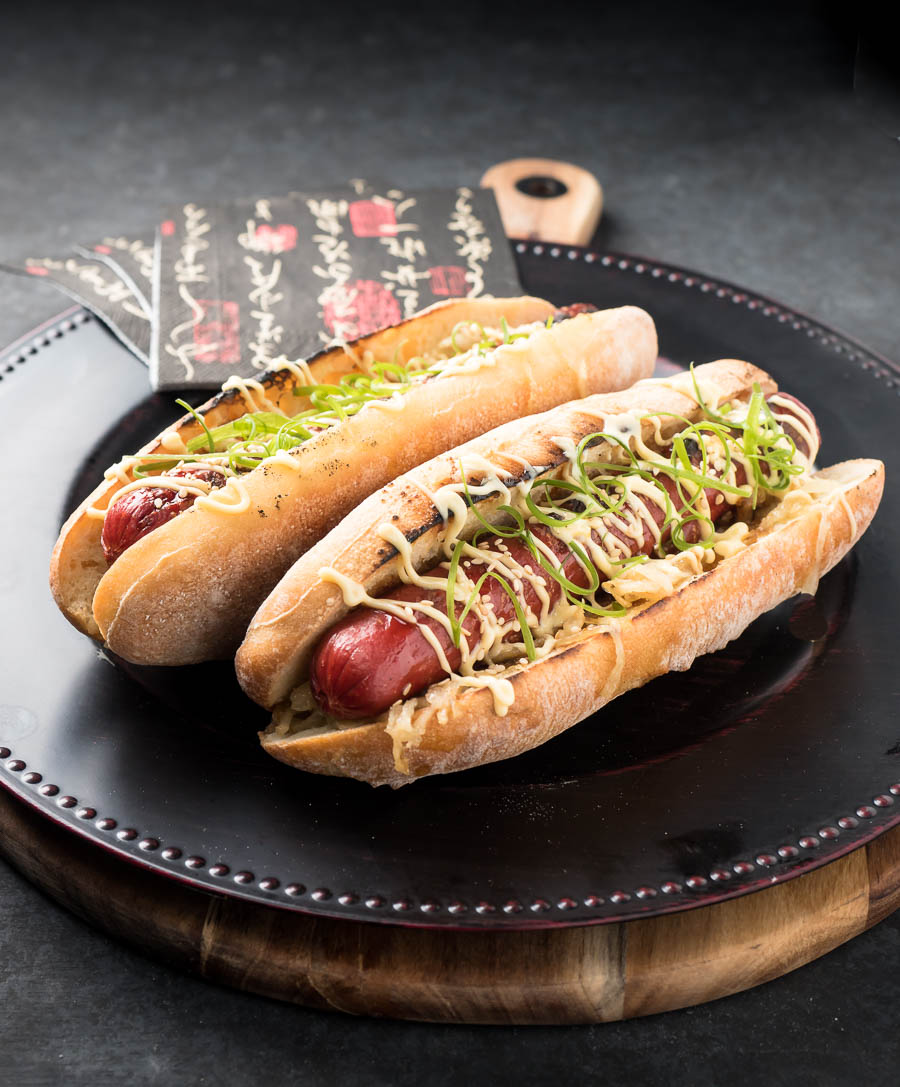 This Japadog inspired terimayo hot dog is a hot dog jacked up with home-made teriyaki sauce and Japanese mayo. It’s not like any hot dog you have had before.

Never heard of Japadog? Not a huge shocker. It’s a guy in Vancouver with a street cart. A bunch of street carts in fact. Making all sorts of funky Japanese influenced hot dogs. Street food. Every city has it. Vancouver has the Japadog.

But it’s not just Vancouver anymore. They have street carts in LA now. And Santa Monica. How long can it be before Japadog rules the world? 100 years I think. Max. But you don’t have to wait. You can make this at home. 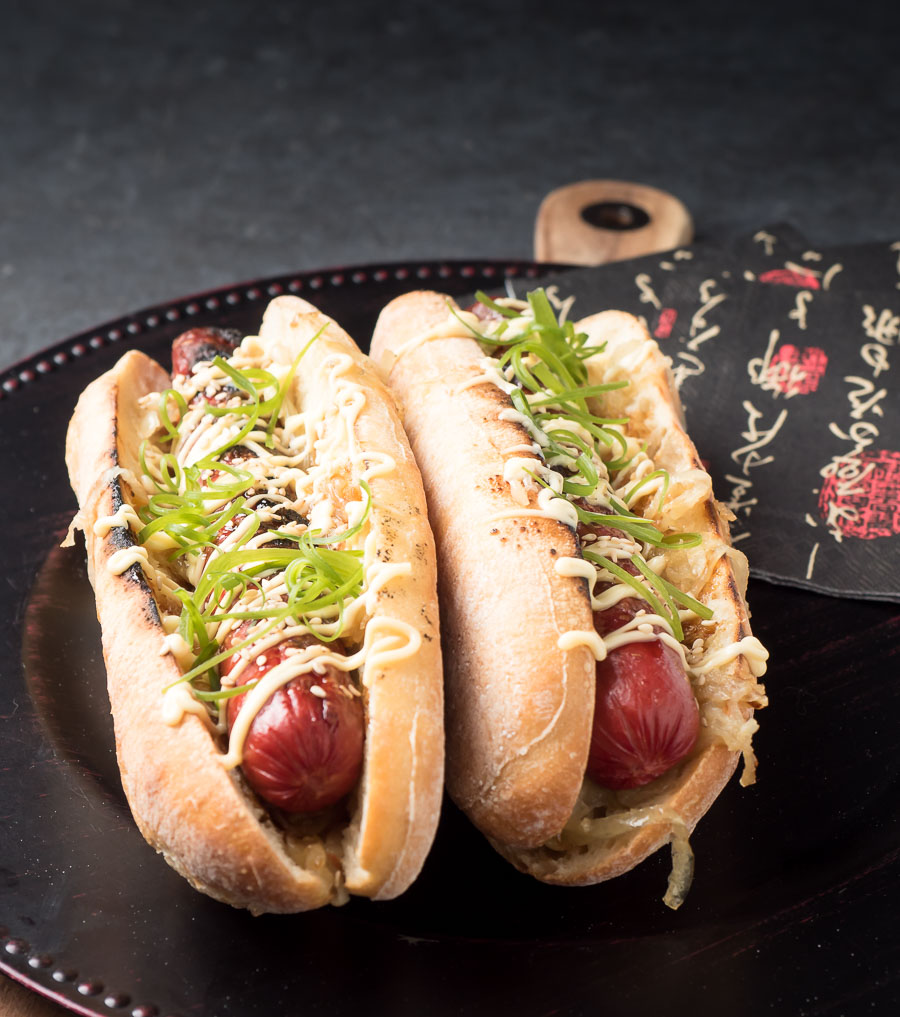 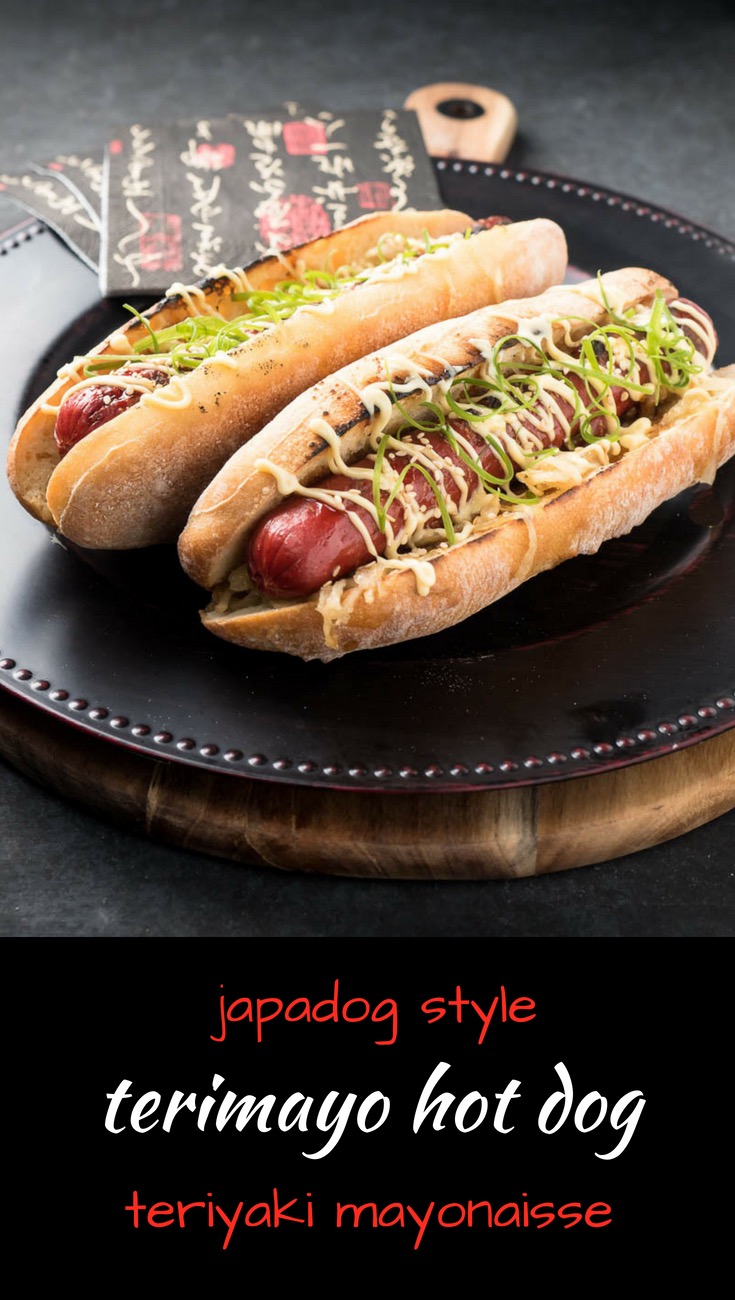 Japadog is the next hot dog craze

Still not convinced? Google Japadog Bourdain. There’s a clip on youtube. Ignore the part where he berates his producer. That’s a joke. If you watch the whole episode you’ll see.

To be fair, Bourdain is a fan of meat in tube form. Period. So he is pre-disposed. Favourably biased. A fan really. Don’t think I have ever seen him turn his nose up to to any tube steak.

But it is good. I like it. A lot. And I don’t really like hot dogs. The terimayo and the bahn mi versions are about all I go for. Maybe a Chicago dog once in a while.

This is a glebekitchen twist on the Japadog Terimayo. They serve it with slices of nori. I like green onions better. So this one has green onions.

But you could add the nori back in if you want the real deal. Just slice some up. Sprinkle it on top. No big deal. Try it both ways.

I will post a banh mi version at some point. But this isn’t going to become hotdog.com. Don’t worry… 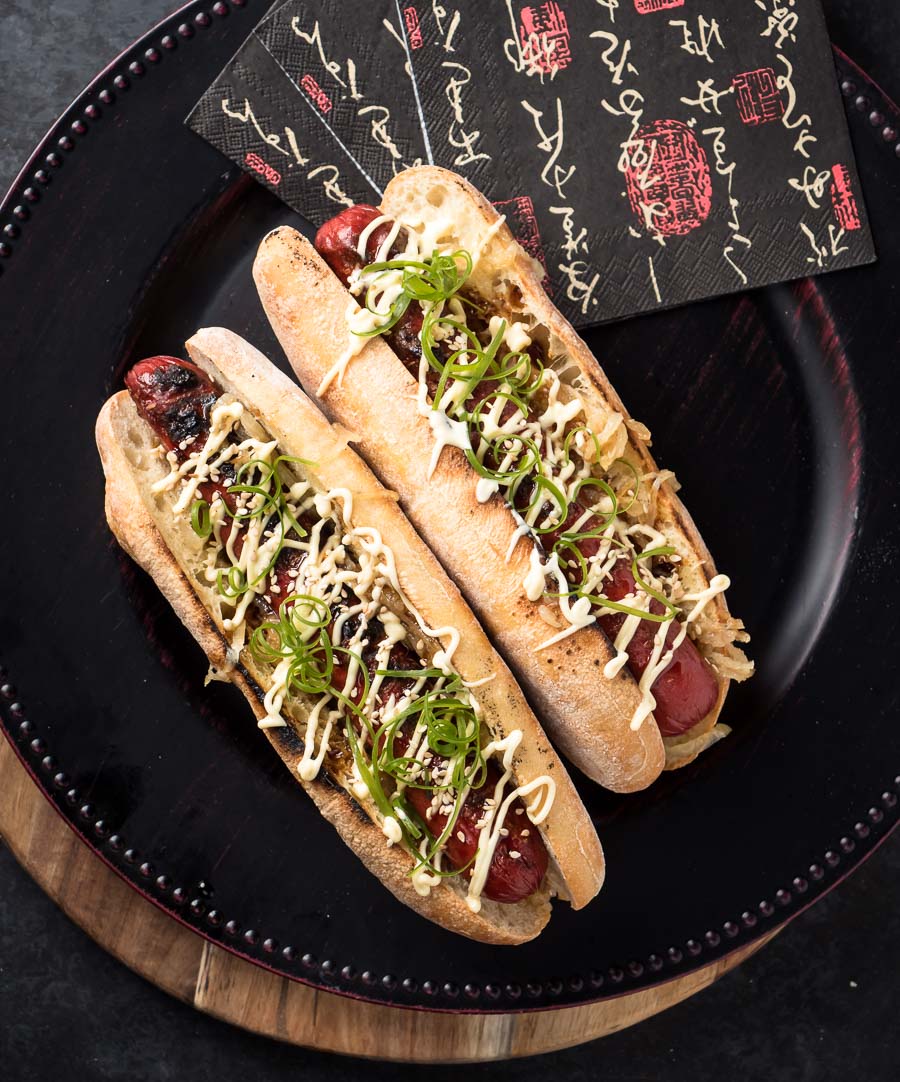 Japanese mayo is not the same

The most important thing about the terimayo hot dog is the mayo. This is a Japanese hot dog. Japanese mayo is critical. It is different. Very different. Not Hellmann’s. Not Duke’s. Just not the same. So don’t try. It’s wrong.

It’s not hard to find. Japanese mayo goes by the name Kewpie mayo. Hard to believe. But true. You can get it in most Asian markets. It’s a secret ingredient.

Even if you don’t try this recipe get some Kewpie mayo. Try it. It is amazing stuff. I love my Hellmann’s. But for certain things, Kewpie cannot be beat. 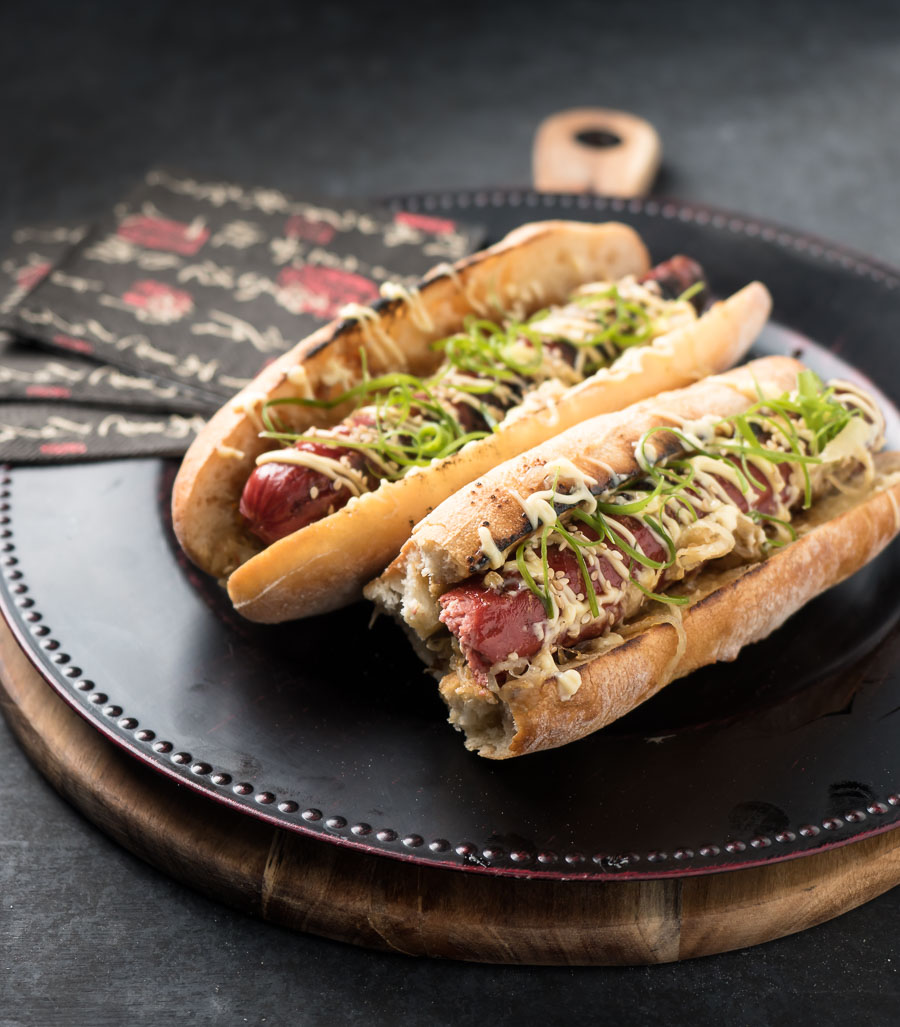 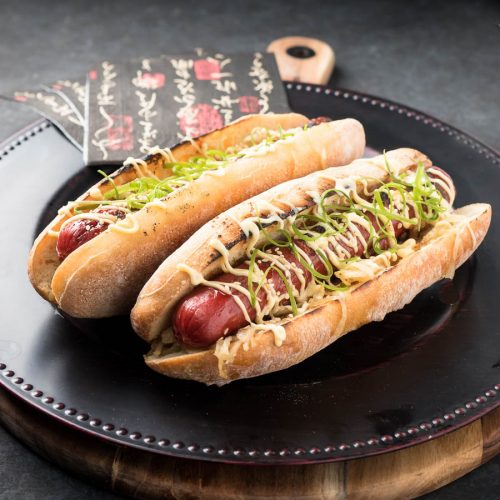