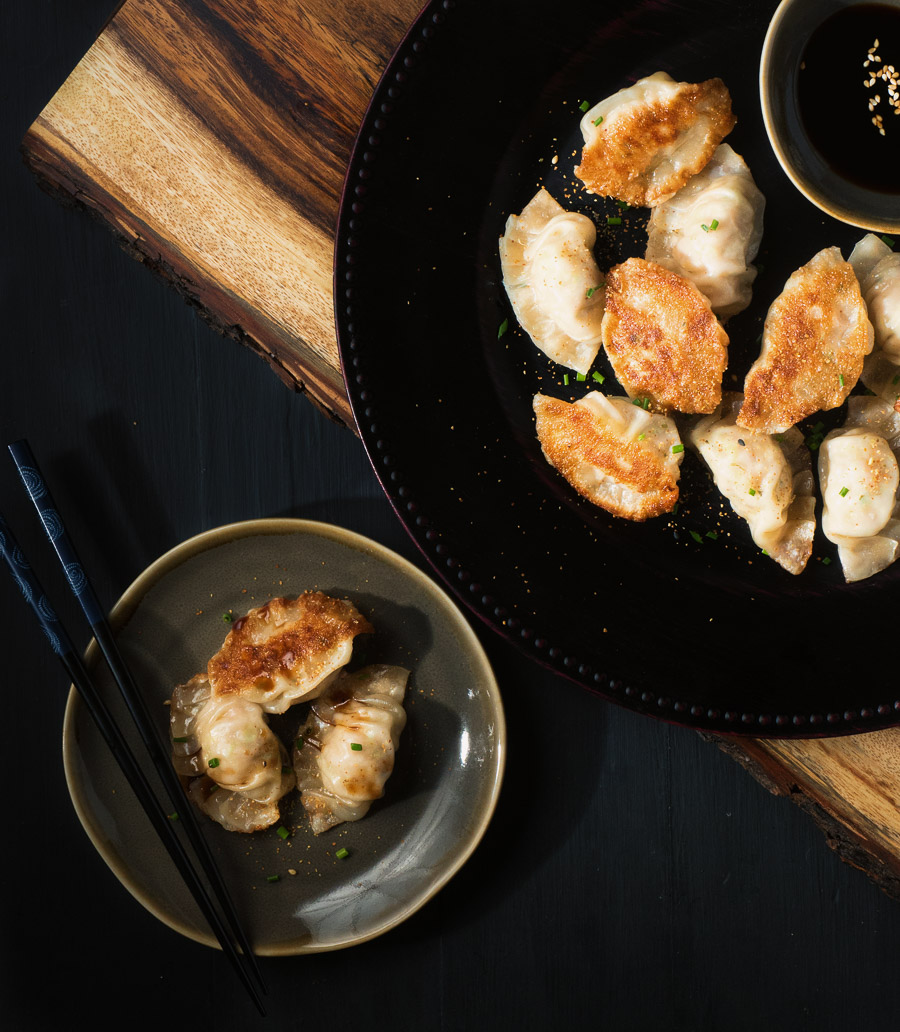 I’ve always loved Japanese gyoza. Something I always order when I go out for sushi. Gyoza or shumai – I can’t get enough.

Something about that little fried and steamed dumpling dipped in a simple soy rice wine vinegar mix just makes me smile. If they make you smile, read on.

They aren’t that hard to make either. Only problem is when you’re making them you wind up making 30 or 40 of them so it’s not a bad idea to have a few friends over to help you eat them.

And maybe help you make them. Those folds take time. Not a ton of time once you get it but time. Or you can just say forget the folds and go with a simple seal.

Pretty sure the they don’t taste any different without the pleats. Maybe the pleats will go out of style. You never know. Look what happened to mens pants.

Someday everyone will say – I’d rather be caught dead than eat gyoza with pleats. It could happen… 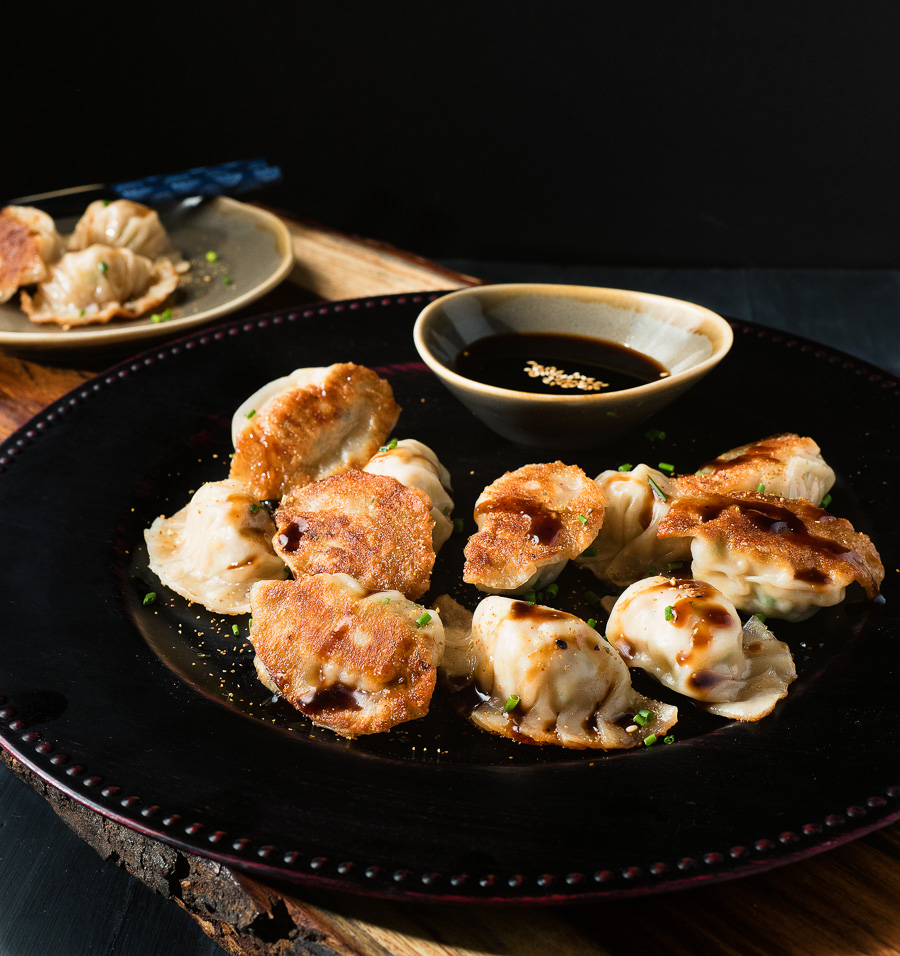 Nira is a flat asian garlic chive. It's a really nice flavour but if you can't find them in your Asian market green onions will do just fine. Togarashi shichimi is a Japanese chili red chili mix with orange peel, sesame seed and pepper. It comes in little bottles and is available in most Asian markets.