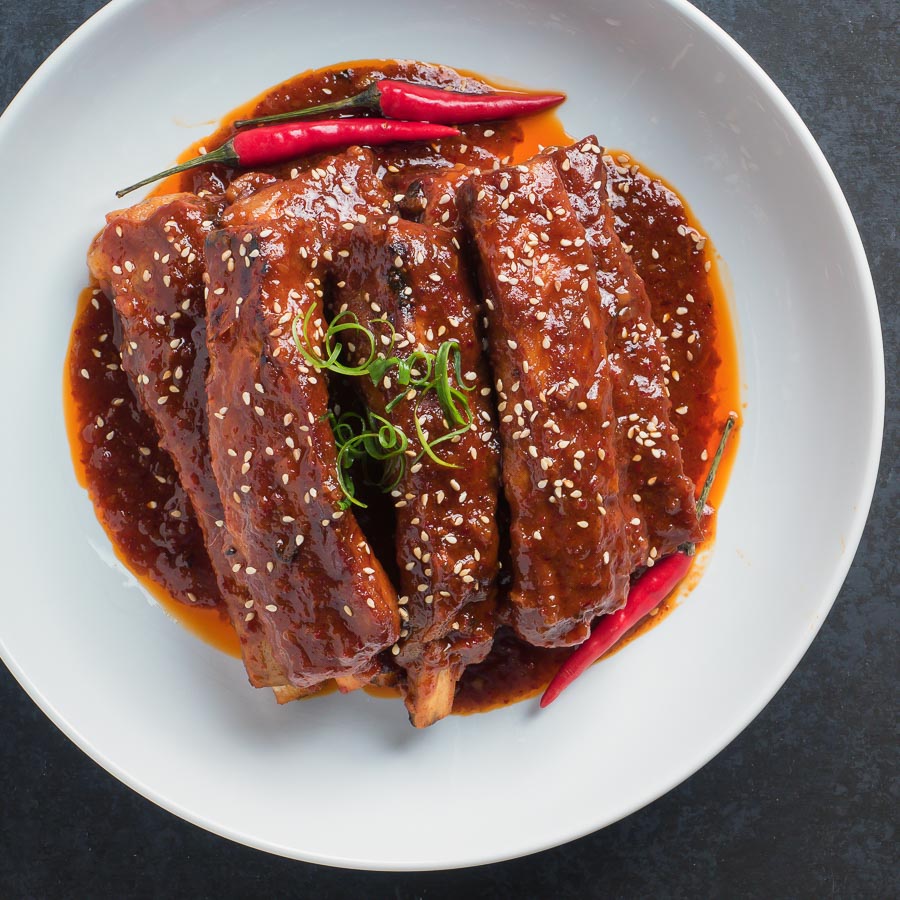 Korean braised pork ribs for when you need a fix

If you live in the North you know rib withdrawal. You’re at the grocery store. You see beautiful spare ribs on sale for pretty much free. Your grill is buried under 3 feet of snow. It’s freezing out.

It’s a conspiracy to make you crazy. Torture. Some grocery store exec is sitting sipping margaritas on a private island laughing. Just. Not. Fair.

And the best part is the sauce. I am violently opposed to boiling ribs. That’s crazy talk. Seriously crazy talk. All that pork goodness down the drain.

But here it gets concentrated in the sauce. Not down the drain. Every bit of flavour winds up in your mouth. Where it belongs.

Don’t be intimidated by a few Korean ingredients

You need some Korean ingredients to make these. You need to get to know these ingredients anyway so make the trip to your local Asian specialty shop.

Gochujang is a red chili paste. It’s not super spicy. But it is super tasty. Gochugaru is Korean red chili flake. Tasty. Not too spicy. It’s what they use to make kimchi.

Pretty sure gochugaru goes into gochujang. Has me thinking about putting some gochugaru in miso. Watch for that soon.

Korean braised pork ribs. Maybe they won’t make you forget you have a grill. But they will make waiting for snow to melt a whole lot more bearable. 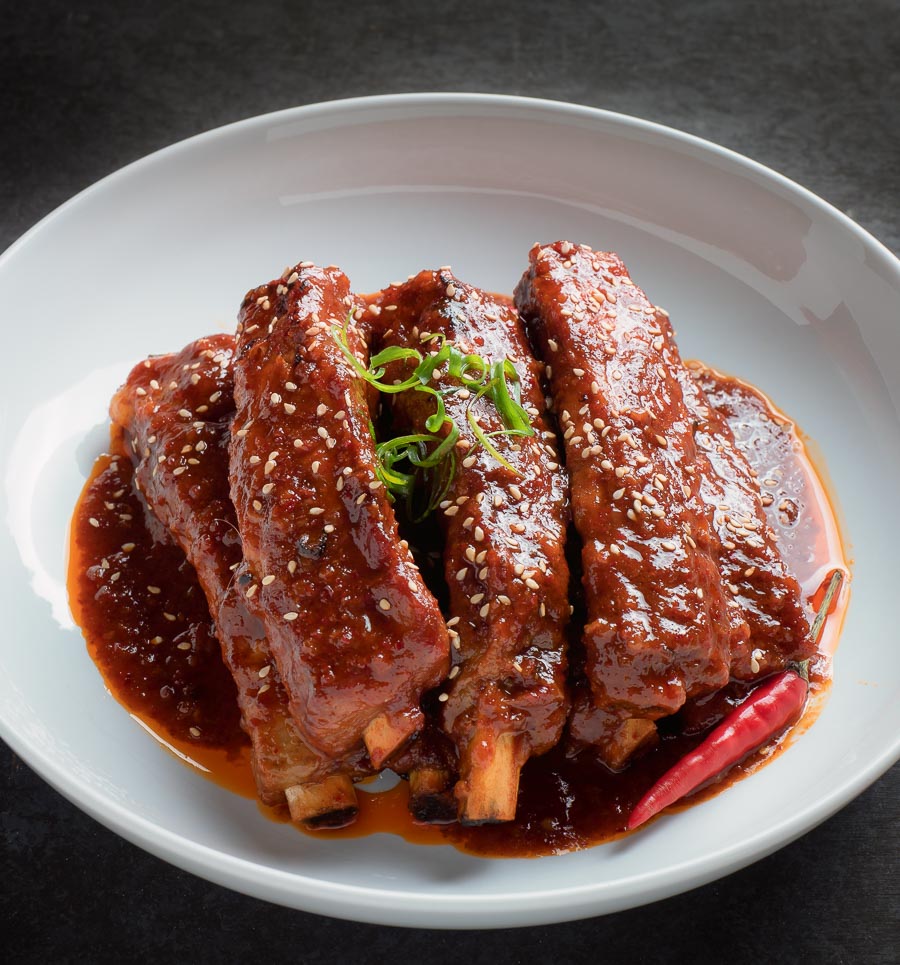