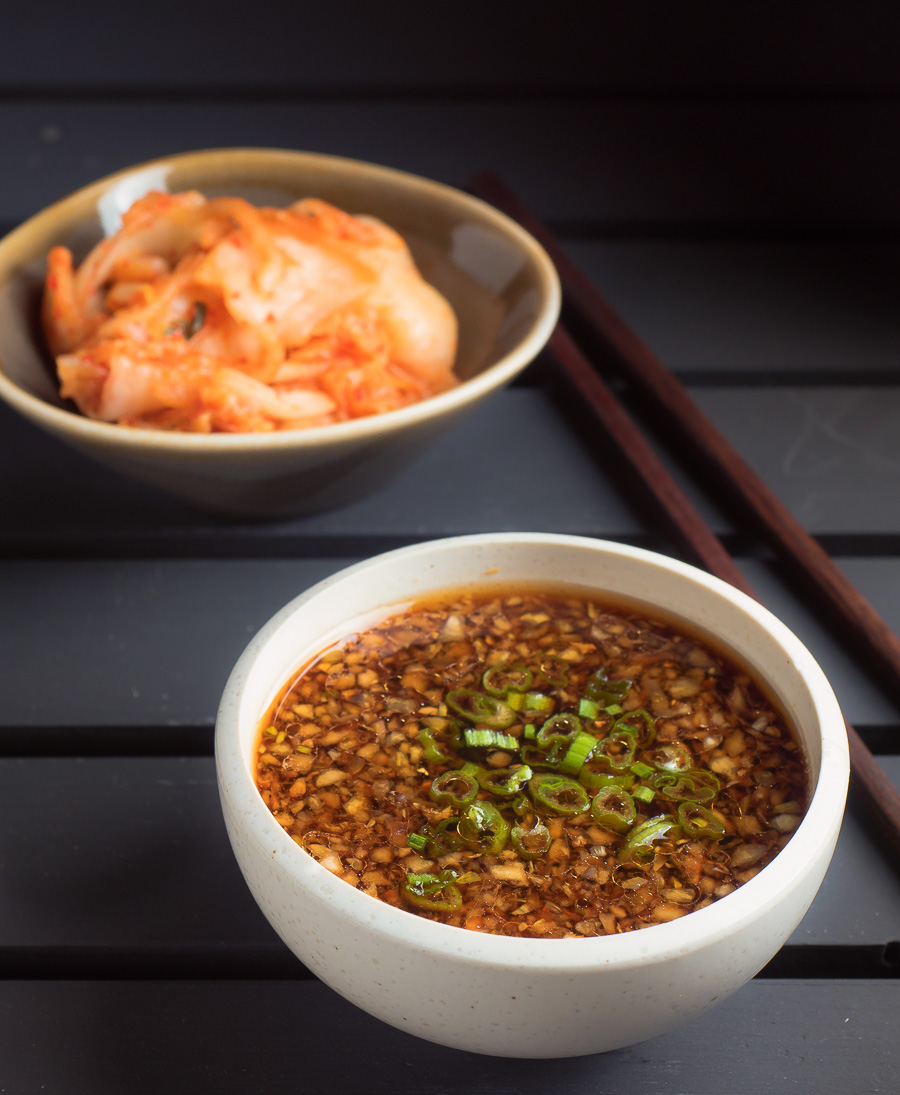 Korean bulgogi sauce is a great marinade for grilled beef. It’s also absolutely awesome brushed on burgers, on chops or as a stir fry sauce. Or even just drizzled on rice.

Beef bulgogi is probably the most famous Korean meal. Before you say it –  bibimbap is arguably the other. But bibimbap just means stuff on rice. Bulgogi counts as stuff so bulgogi on rice is bibimbap as far as I can tell.

Bulgogi sauce is easy to make

Best thing about this recipe is you can get all the at the grocery store. That’s unusual for this blog. I know. I am a pain. But for once that’s true.

There is really nothing to this recipe. Mix some soy, apple juice and sugar in a sauce pan. Heat until the sugar melts. Mix in some ginger, garlic, green onions and sesame oil. Literally that’s it.

Slice some beef, toss it with bulgogi sauce and grill. Or stir fry the beef and stir the sauce in at the end. Either way, it makes a great topping for bibimbap.

Use it in burgers too

Burgers is another place this bulgogi sauce shines. Bulgogi burgers – what could possibly be better than that. Mix 2/3 ground beef, 1/3 ground pork. Mix in a bit of gochujang for the ultimate umami bomb. Grill, brushing with bulgogi sauce. Toss that on a brioche bun with some gochu mayo and maybe some pickled onions.

Or how about a Korean cheesesteak. Move over Philly. Here comes Seoul. Stir fry your beef bulgogi with some sliced onions. Load it up on a hoagie. Top with some grated mozzarella and broil quickly. How good would that be?

Or maybe go in another direction. Bulgogi sauce with a little bit of gochujang. Add a bit of kick. Use sliced pork shoulder instead of beef. Korean spicy pork bulgogi. If that doesn’t exist it really should.

I’m drooling into my keyboard here… 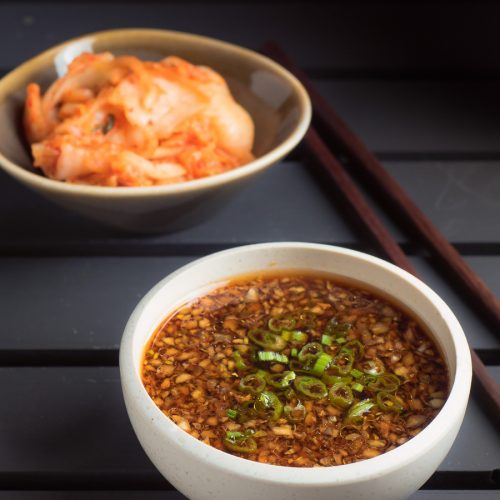 This recipe adapted is from KFood by Da-Hae and Gareth West. It’s a very funky Korean cookbook worth seeking out.