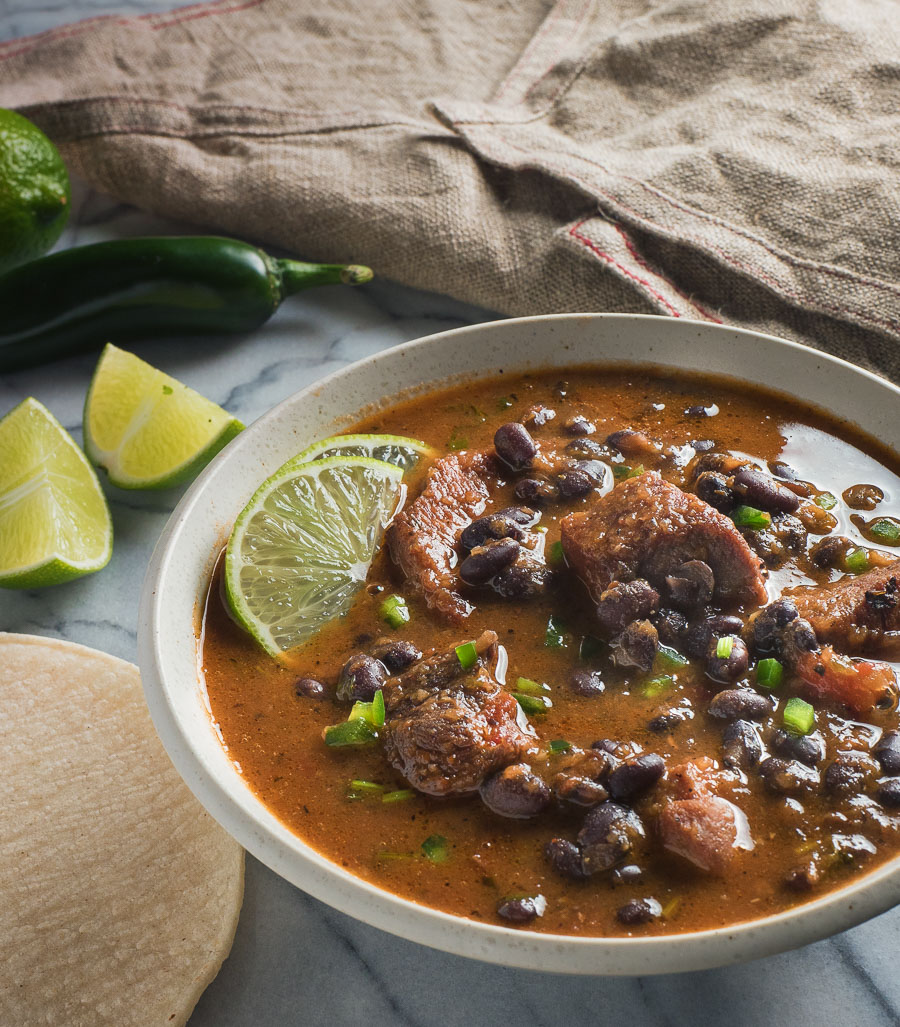 Mexican pork and black bean stew. This is one of those crazy satisfying recipes that insinuates itself into your list of favourites.

This is not just another chili recipe. It’s different. Really good in that sneak up on you sort of way.

This is old school Mexican cooking

I learned to cook Mexican reading Diana Kennedy. She unlocked Mexican cooking for me in her “Cuisines of Mexico” way back when nobody had a clue.  Kind of the Julia Child of Mexican back in the day.

She taught me about getting away from that nasty grocery store chili powder. The differences between different types of chilies. That Mexican oregano is not the same as European oregano. When to use epazote.

I learned chipotles are the thing of absolute wonder (this was a long time ago – way before there were restaurants called Chipotle). Fundamentals of Mexican cooking. It was completely mind blowing for this Northern boy. 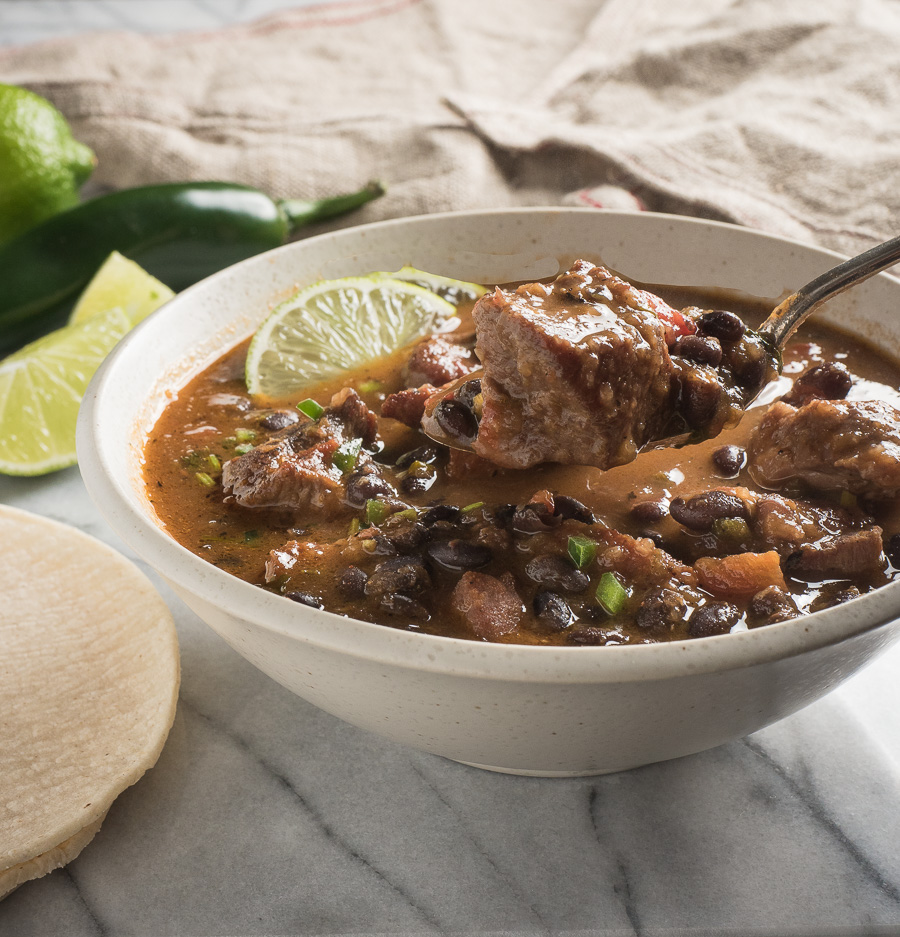 Rick Bayless brought it into focus for me though. I have watched every episode of Mexico One Plate at a Time at least twice. Read at least two of his books cover to cover.

This black bean stew is about layering flavours

He would be mad I didn’t use pork lard instead of oil. Sorry about that Mr. Bayless. Next time. I was out and the butcher was closed… But at least this black bean stew brings all those lessons into one big bowl of delicious.

Mexican pork and black bean stew is all about layering flavours. That’s what makes it work.

The deeply browned pork. The charred onions. Earthy black beans. A bit of acid from the fire roasted tomatoes. A bit more from the lime. Bright notes from the cilantro and jalapeño. 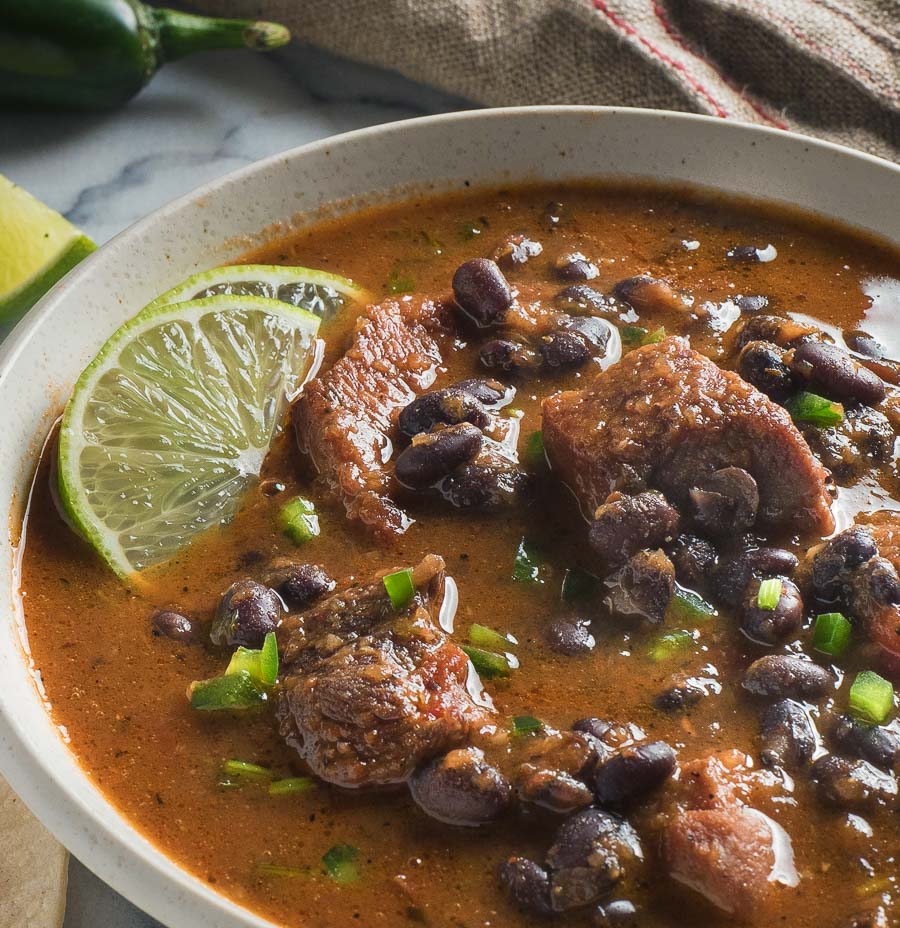 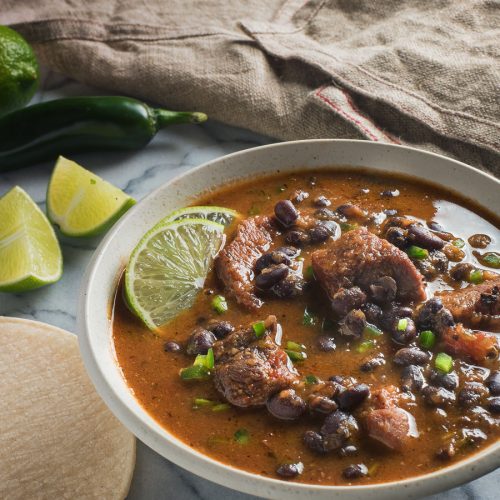 Jalapeños vary tremendously in heat. Most of the heat is in the membranes but it's a good idea to taste the jalapeño before you add the whole amount. If they are crazy hot roll back the amount...