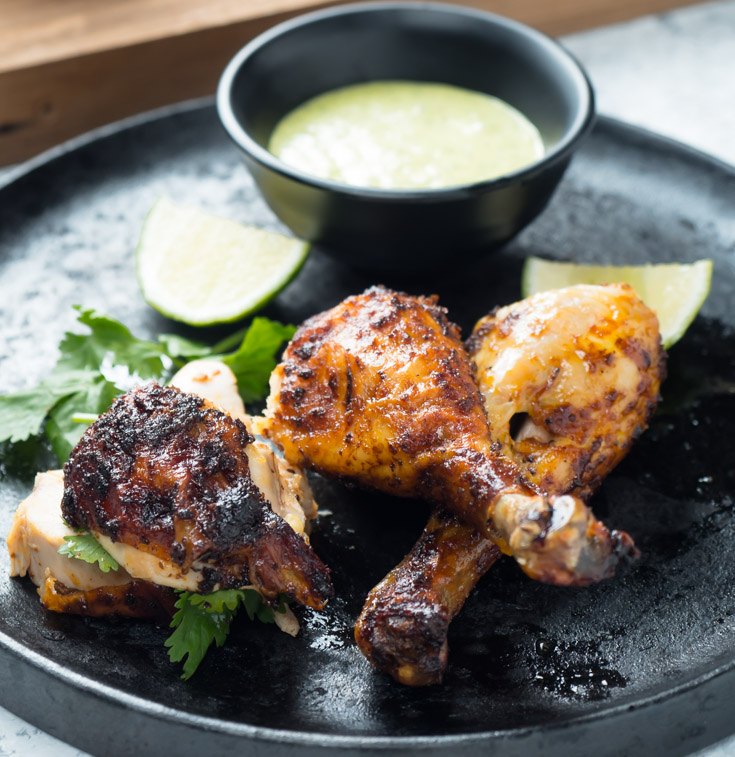 Peruvian chicken is good stuff. Seriously good stuff. And when you match it up with that crazy Peruvian green sauce you have a winner. Pollo a la brasa.

I love a good roast chicken. It’s one of my favourite dishes. Just simple roast chicken seasoned with salt and pepper and maybe a couple sprigs in the cavity. Served up with a drizzle of a good pan sauce. Yum.

It’s my comfort food. A well executed roast chicken is a fantastic, understated, magical thing. But sometimes you want something a little less subtle. 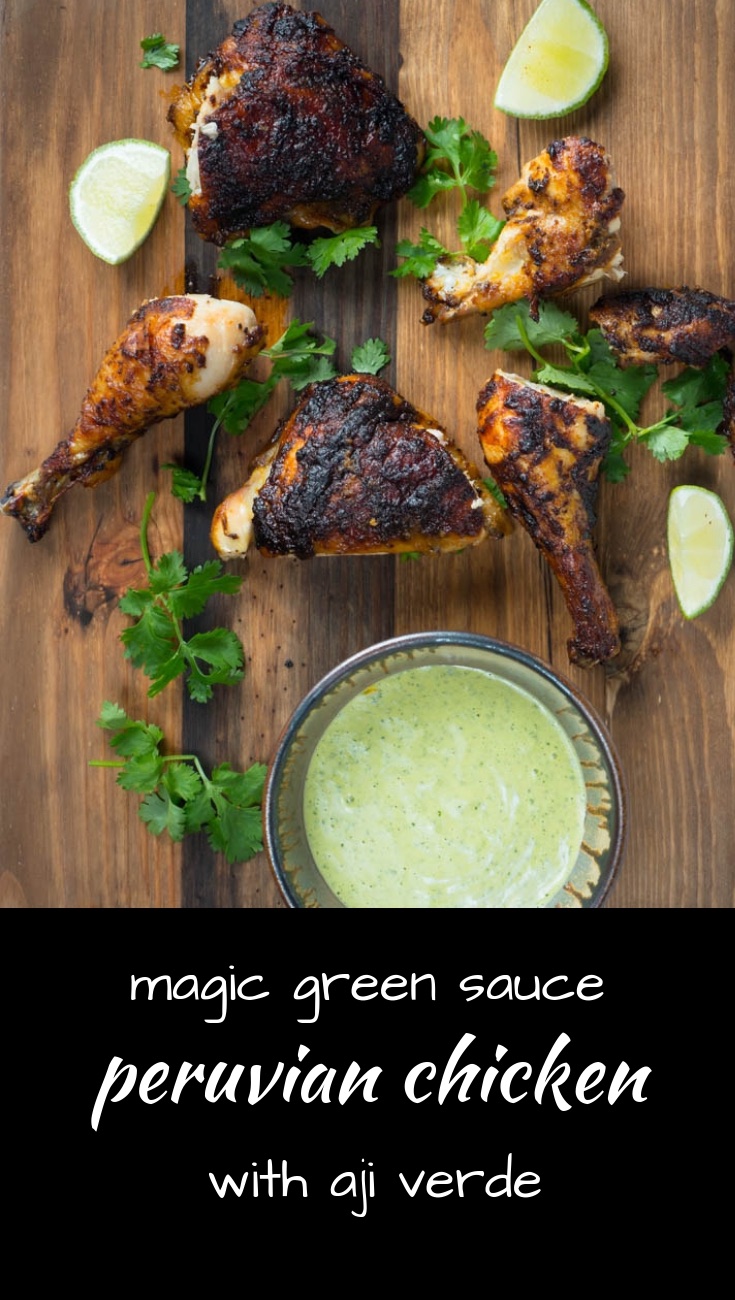 Peruvian chicken is not understated. Not subtle. Not delicate. This is hit you over the head delicious. Big tastes. Bold spice. Loaded with flavour. Drizzle a little magic green sauce on it and it’s just wow food.

Not flashy wow. Not – “Wow. That is incredibly beautiful fancy food”. More like “Wow – that is just crazy delicious”. It’s earthy. Comfort food.

Simple honest cooking. Food for friends and family. Satisfying. Food you will want to eat again and again.

Watch how to make Peruvian chicken

Aji verde is a snap to make. Toss some stuff in a blender. Whiz. Done. Just as easy as that. So don’t leave it out. Make it. A little goes a long way.

And aji verde drizzled Peruvian chicken sandwiches are epic. It’s worth making this just for the sandwiches. 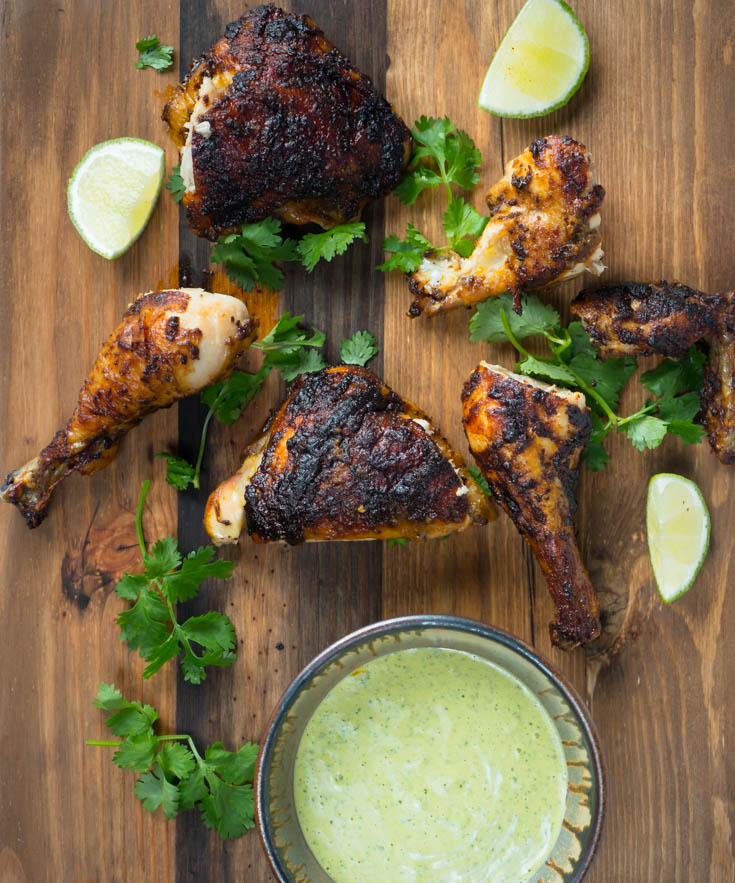 Aji amarillo – the other aji in Peruvian chicken

Aji means chili pepper in Spanish. So aji verde means green chili. Or green chili sauce I guess. I don’t speak Spanish so the subtleties are lost on me. Probably doesn’t matter.

What matters is aji amarillo. That’s the secret ingredient here. Aji amarillo is a Peruvian yellow chili. One that nobody knows about. It’s time to find out.

Think about the wonderful fruity, complex flavour of habanero. Now imagine you could have all that flavour without the heat. That’s aji amarillo.

It’s pretty much impossible to find the fresh chili peppers. Lucky for us Peru exports aji amarillo paste. Just about any decent latin grocery will stock it.

It’s so worth seeking it out. I go looking for reasons to use it. And if you can’t find it in town there’s always Amazon. Without it, this is just another roast chicken. Get your hands on some. You won’t regret it. 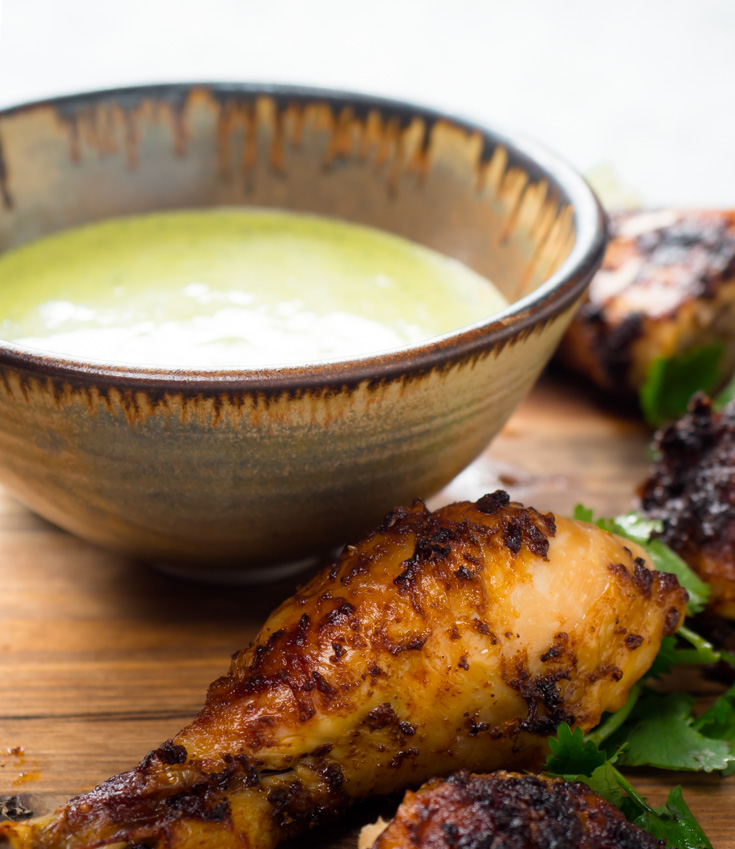 Peruvian chicken is best on a rotisserie. A rotisserie over charcoal. Do that and it’s a whole different level of wow.

But most people don’t do the rotisserie thing. Too bad. So the chicken here is roasted. Still really tasty. Still totally worth making. Easier too.

Roasting is not the same as rotisserie. That’s obvious, you say. I know. But it makes a difference here.

There’s no fresh garlic in this recipe. That’s because fresh crushed garlic can burn. Or get really, really dark. Not so good. Granulated garlic doesn’t have the same problem. 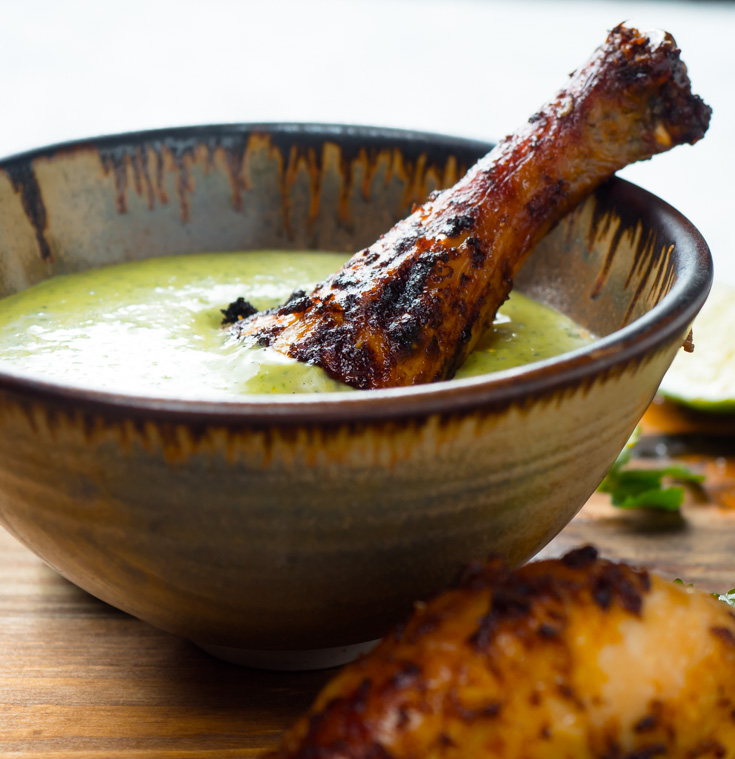 Granulated garlic is not 100% authentic. But not grilling over charcoal isn’t really authentic either. So I can still sleep at night.

Doesn’t really matter though. What matters is this is some delicious chicken.

And aji amarillo is the star here anyway. Seriously. Anyone who tells you “This is Peruvian chicken but don’t worry if you can’t get aji amarillo, just use a green chili” is probably telling you how to make tasty chicken. But they aren’t sharing a pollo a la brasa recipe.

Peruvian chicken with aji verde. Pollo a la brasa. As far as I can tell that’s Spanish for crazy tasty chicken. 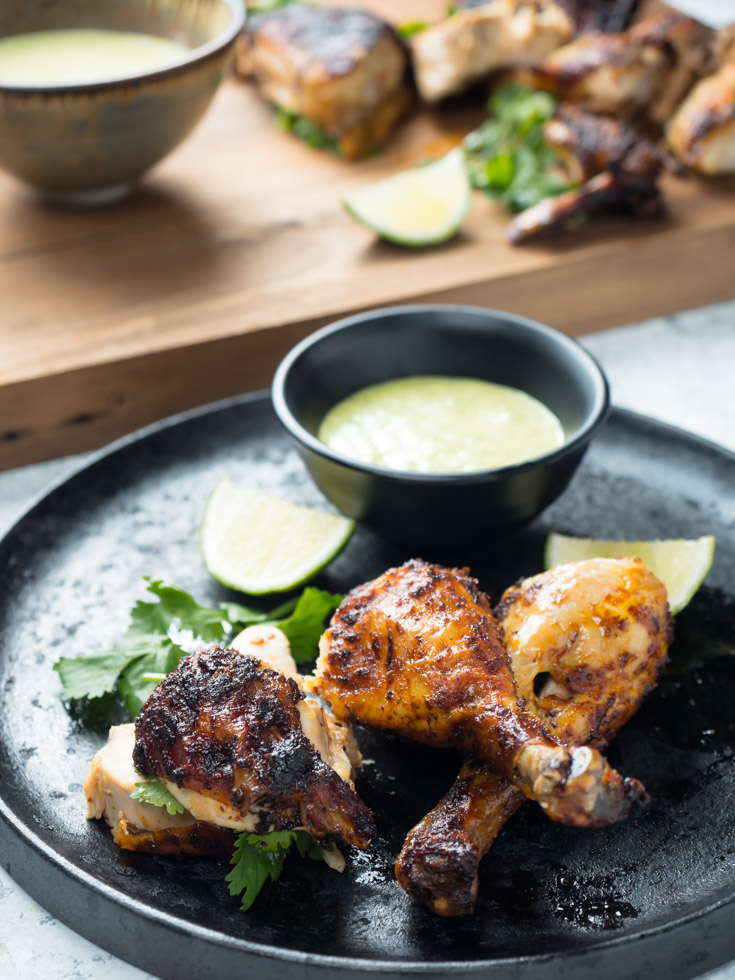 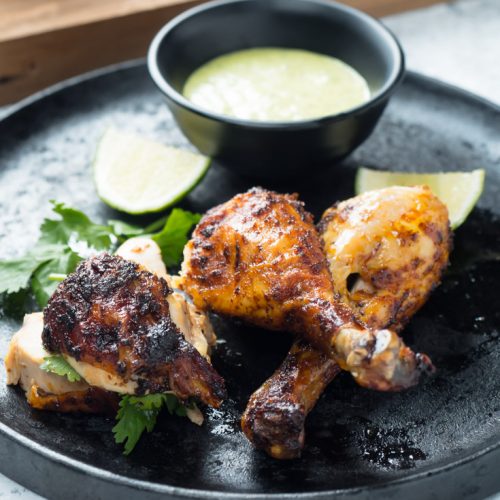