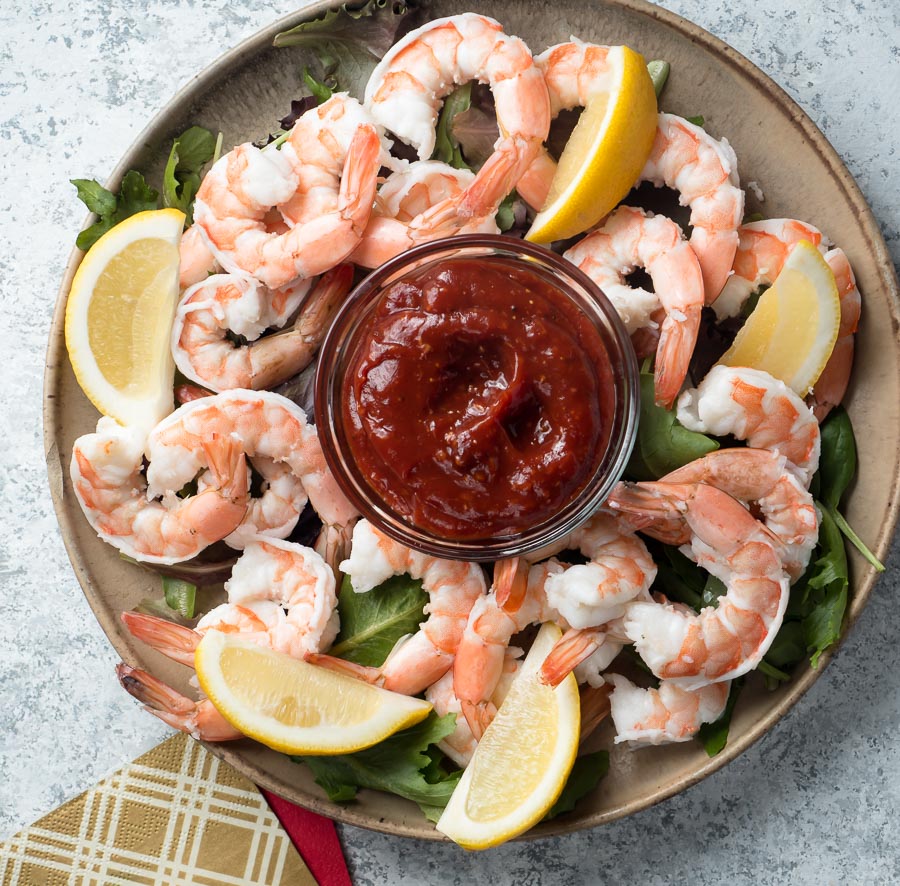 Perfect shrimp cocktail. Succulent poached shrimp dipped into a tangy cocktail sauce. Who doesn’t want that? Here’s how to do it right. Every time.

I love a good shrimp cocktail. Firm flavourful shrimp. Dipped into a sauce brimming with horseradish and lemon. One of my absolute favourite appetizers.

You might say old school. Dated. So 1970s. But I say classic. Something that stands the test of time. 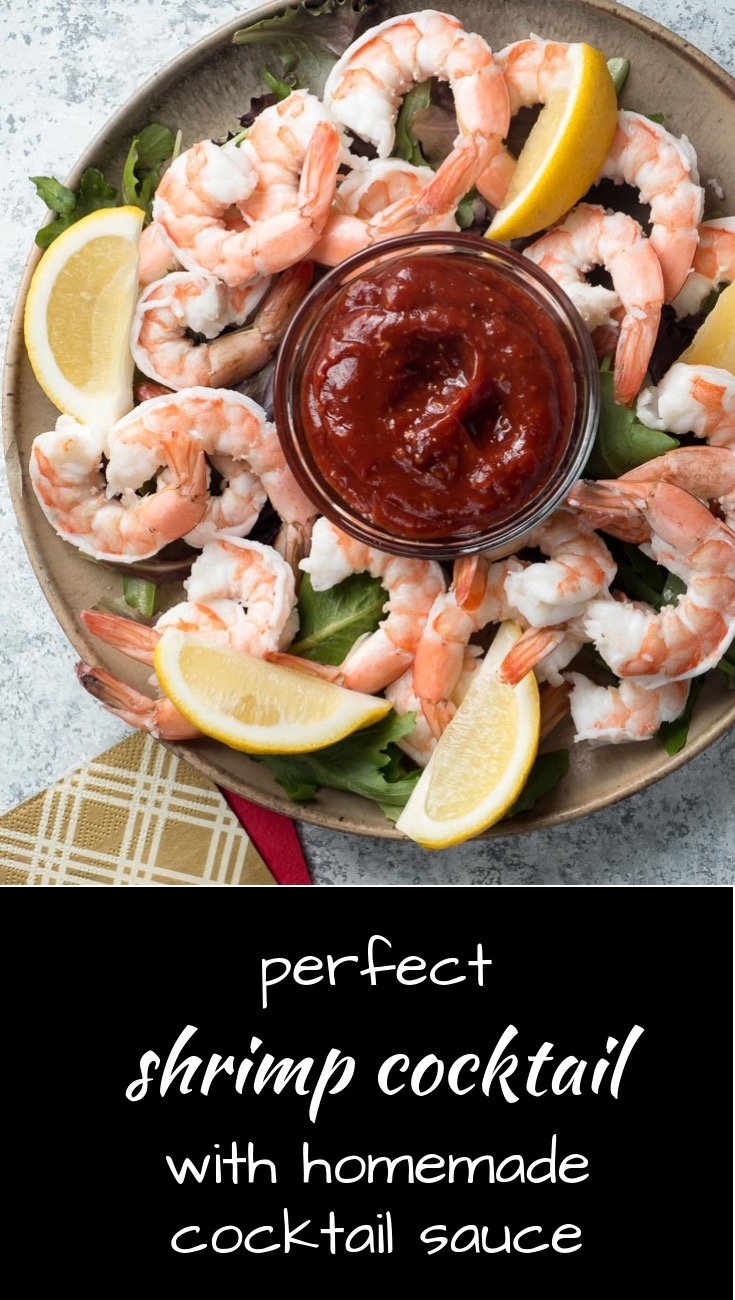 It doesn’t always have to be trendy. But if you love trendy then I say this is retro. Call it prawn cocktail instead. Does that make it better? Can you sleep at night now?

Try it once before you knock it. If you still don’t like it leave a comment saying it’s boring. I’m game to take that chance.

Shrimp cocktail doesn’t have to be a watery mess

Shrimp cocktail (or prawn cocktail if we are calling it that now) gets a bad rap for one reason. The frozen shrimp ring. That thing is about the worst invention ever.

It’s like they go out of their way to make it suck. Small shrimp. Insipid cocktail sauce. Cooked and then frozen. Throw in some freezer burn and you have one big watery mess. No thank you.

Now think about the shrimp cocktail they serve at fancy steakhouses. Jumbo shrimp. Delicious sauce. White napkins. And a huge price tag. $3 a shrimp. Ouch. Set it down next to that $50 steak and it’s dinner time! 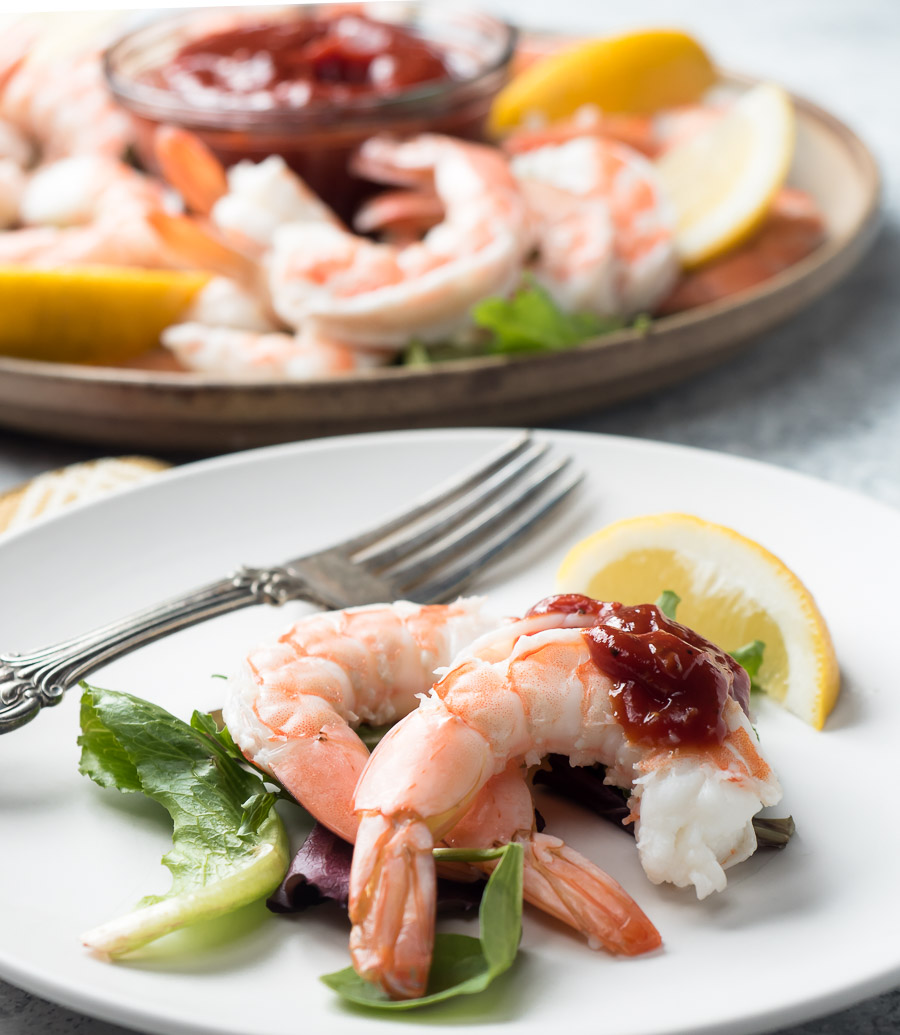 What is prawn cocktail anyway?

That could read what is shrimp cocktail for a good part of the world. Two names. Same thing? Turns out no. They are different creatures altogether.

Shrimp live in salt water. Prawns live in fresh or brackish water. Shrimp are from the ocean. Prawns are not.

I think some parts of the world use the term interchangeably. Doesn’t help clear up the confusion. And to make it worse they call pacific shrimp king prawns.

For this recipe it probably doesn’t matter that much. Get what you can get. The cooking times are tied to weight per shrimp (or prawn) anyway.

Call it shrimp cocktail or prawn cocktail. Nobody cares. What matters is it’s delicious when you do it right.

The cocktail sauce is important

The worst thing you can do is take your perfectly cooked shrimp and serve them up with a jar of pre-fab cocktail sauce. You want bright fresh flavours. Not something that was jarred 18 months ago.

That 2 year old bottle of horseradish that has been rattling around your fridge is not the place to start. Go to the store. Buy a fresh jar. When you get home taste the old stuff next to the new stuff. You’ll see what I mean.

Fresh lemon juice is the other key ingredient. Don’t use that stuff from the little plastic lemons. I don’t know why that even exists anymore. Who can’t buy a lemon these days? 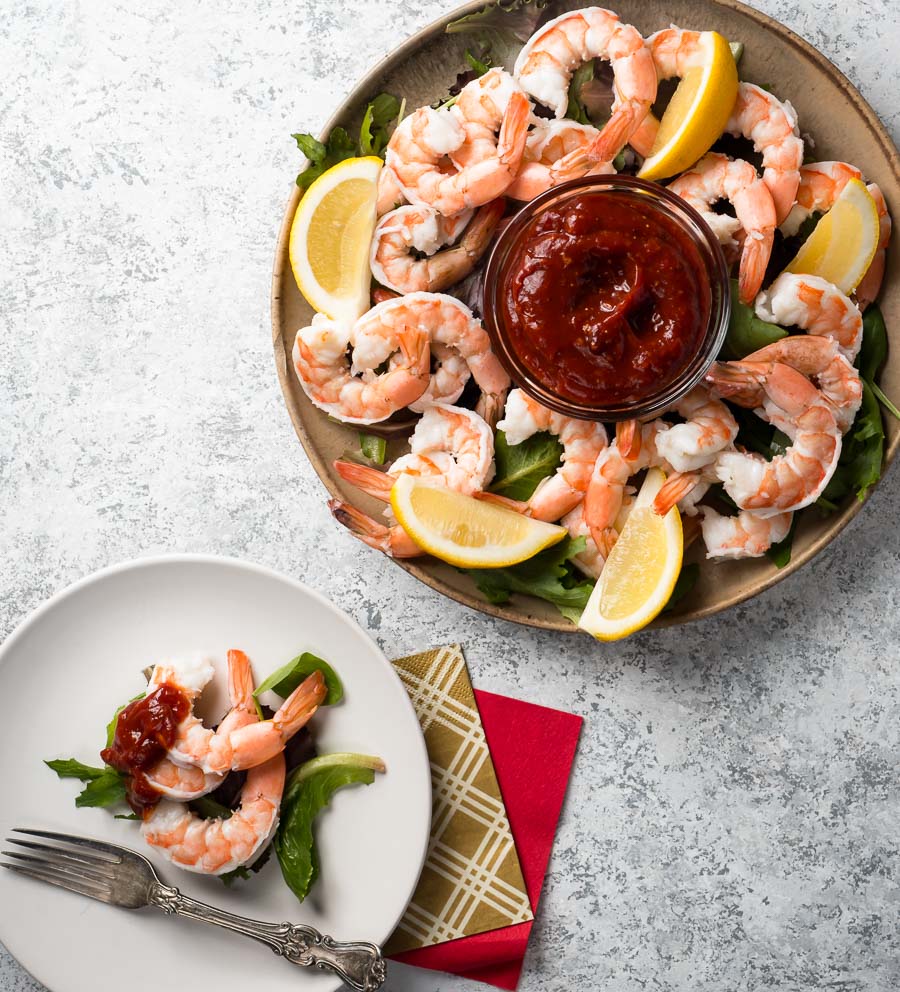 I cannot take credit for this recipe. I didn’t invent it. What I did do is spend years searching for the perfect, reproducible, absolutely foolproof shrimp cocktail recipe. This is it.

I found it in an old Cook’s Illustrated book. I’ve simplified it some but the base technique is all theirs. In turn, they borrow pretty heavily from classic French technique.

Cooking is about evolution, anyway. There’s very little revolution going on. There aren’t too many people who are inventing something completely new.

A caveman put some woolly mammoth on a fire. That changed everything. Somebody else discovered salt. Huge improvement. And the guy who first decided to eat a lobster. That was something.

Since then it’s been about refining technique. I’m kidding here. But not really… 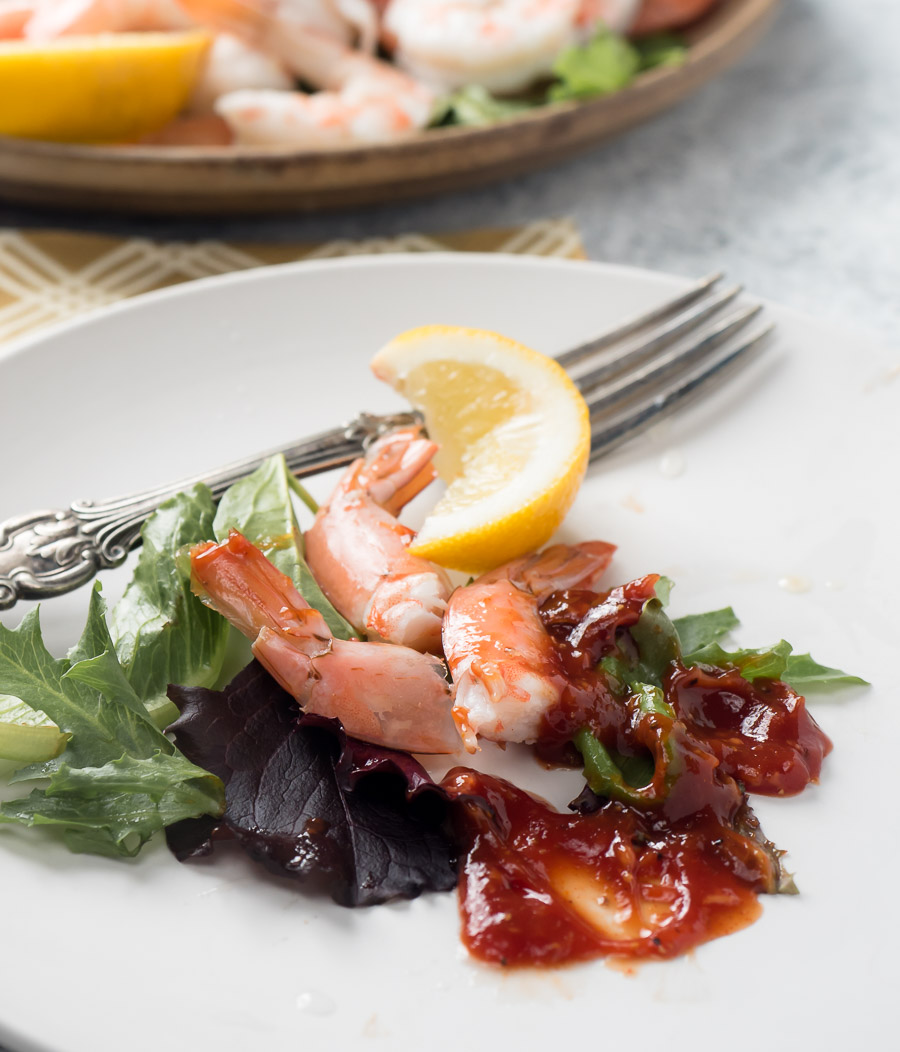 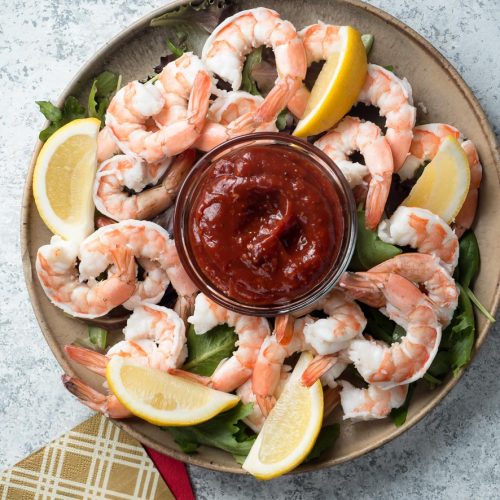