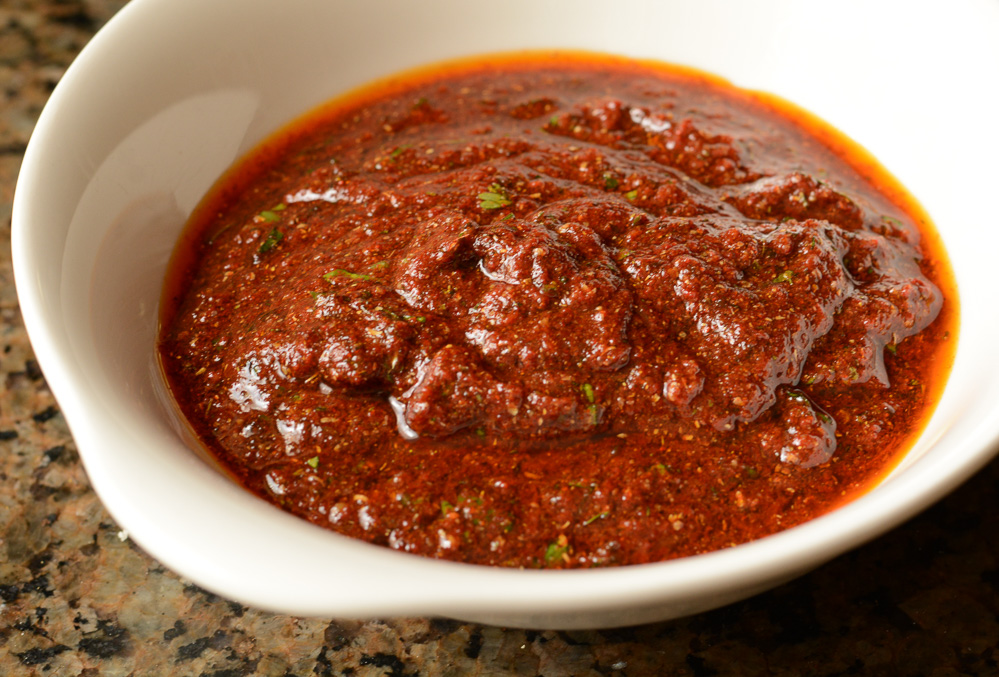 This tandoori marinade is loaded with big Indian flavours. If you can grill, you can make better tandoori chicken than you can buy.

I don’t know why it is but the tandoori chicken in restaurants in North America is just not good. Maybe it’s marinated too long. Maybe it’s overcooked. Maybe they use mass produced tandoori paste. For sure is nowhere as good as it could be.

Which is too bad because it’s one of the great chicken dishes of all time. I use tandoori marinade all over the place. Tandoori chicken – sure. But tandoori tacos. And chicken tikka. Shashlik. Or rotisserie up a whole tandoor chicken. Why not?

Think of this recipe as an alternative to store bought tandoori paste. It is tandoori paste when you think about it. Just homemade. Fresher. Tastier.

My favourite way to cook tandoori chicken is to grill over charcoal. That little hint of smoke just makes it magic for me. If I had a tandoor maybe that would be my favourite.

But if you can’t get to your grill the oven works too. Slather the chicken. Roast the chicken on a rack. Hit it with a blast of the broiler at the end to crisp it up a bit. Beautiful.

That works especially well for chicken tikka. Kebabs just work well in the oven for some reason. That’s what I do in the dead of winter to get my tandoori fix.

Tandoori marinade is better without yoghurt

I’m a bit of a heretic when it comes to tandoori marinade. I don’t like to include yoghurt. That goes against pretty much every tandoori recipe out there.

But there’s a reason. Yoghurt and other acidic marinades break down the proteins in the chicken. Think of ceviche. That is fish cooked with nothing but acid. No heat at all.

That pre-cooking effect turns chicken into mush. Terrible texture. Just not tasty. You can try to fix it by cooking it over crazy high temperature.

That helps some as long as you don’t overcook it. That’s what a tandoor oven does. Searingly high temperatures.

Or you can set yourself up for success from the start. Leave the yoghurt out of your tandoori marinade. Break with tradition. It’s not that scary. Honest. 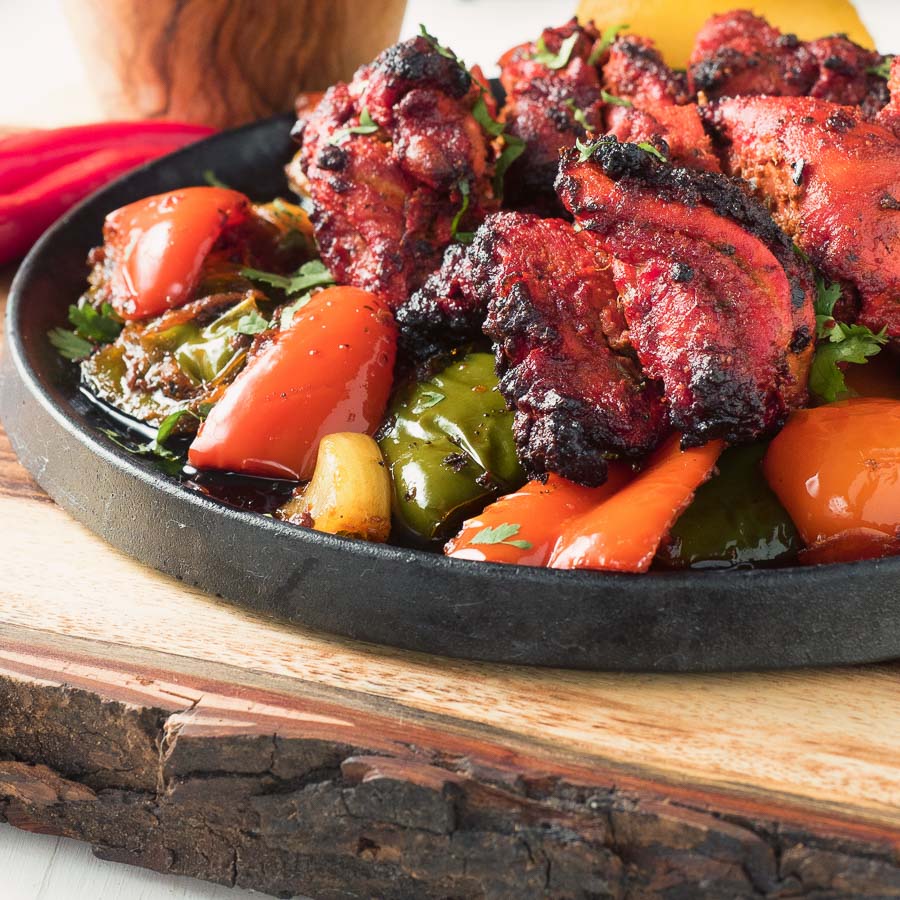 Tips from a Bangalore tandoori restaurant

I came to this conclusion after eating at a tandoori kebab restaurant in Bangalore. Their chicken was moist, the flavours explosive. So good.

I thought about it for a while then asked “Do you use yoghurt in your tandoori paste?”. “No, we don’t”.  Haven’t used yoghurt since. I add the lemon at the end. I don’t get mush and nor will you. 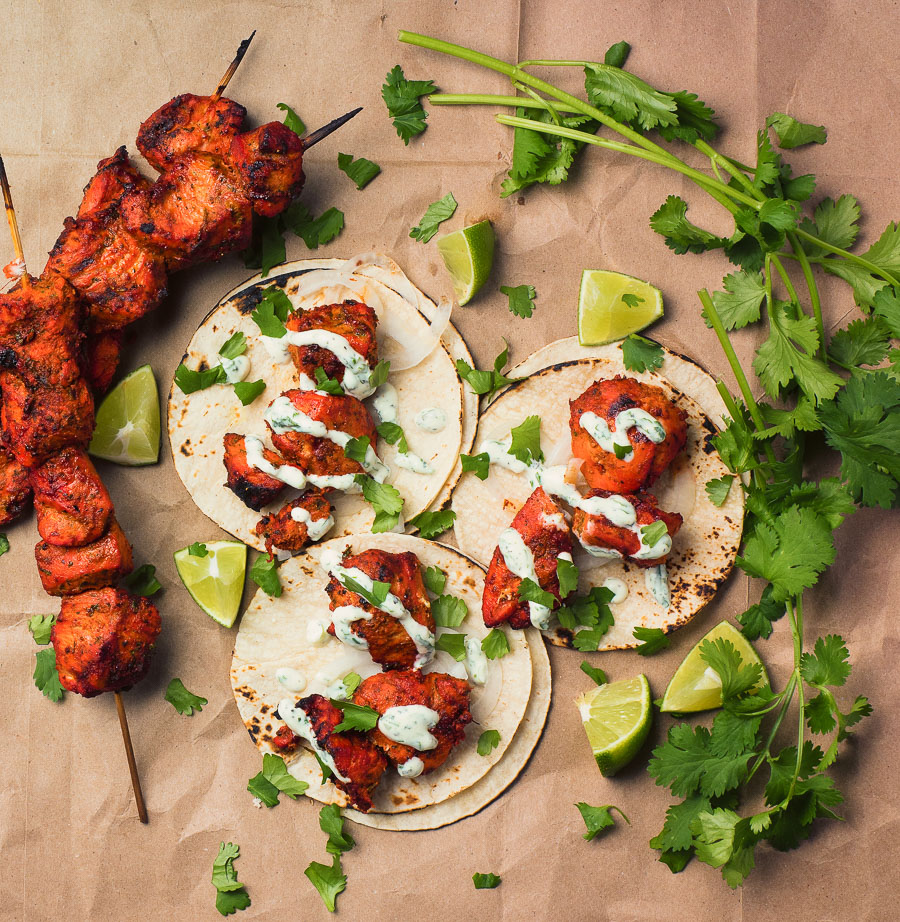 There’s a lot of ingredients in this marinade. The recipe works really well as written. But it won’t completely fall apart if you leave one out. Even two.

But each ingredient adds a little something. And the combination is what makes this recipe special. Complexity. This isn’t a one-dimensional tandoori marinade.

It might seem harder than it needs to be but all you are doing is mixing some stuff up in a bowl. Nothing more involved than that. Dump some stuff in a bowl and mix. Not so hard.

And it’s going to be better than you have been getting at your local Indian restaurant. Unless you live in India I guess. Then it will just be as good. 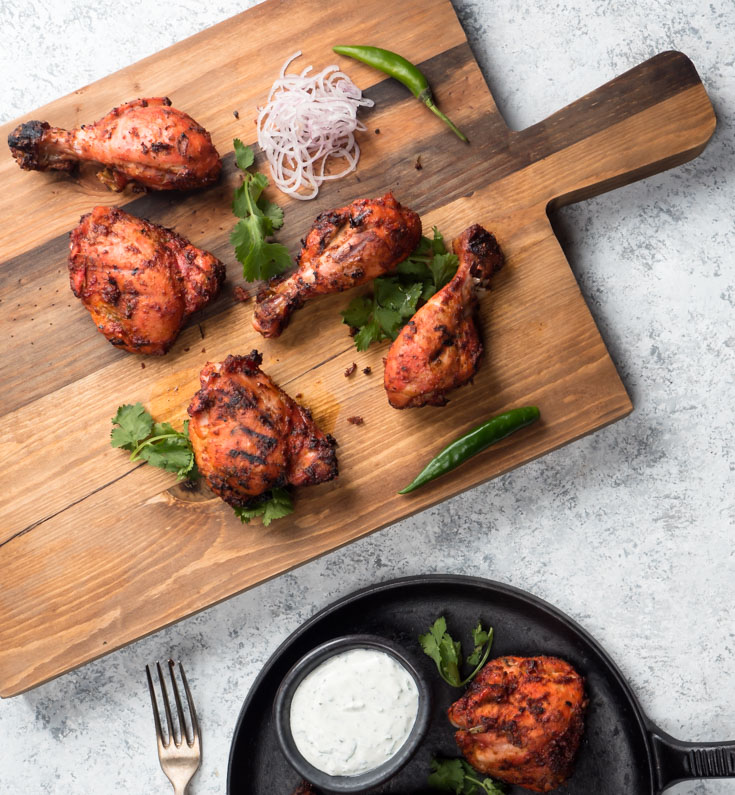 Leave the yoghurt out completely and add the lemon at the end to keep the mushy texture away. Don't be put off by the long list of ingredients. You can skip one or two if you can't find them. Each one adds a little bit to the whole, though.
Course marinade
Cuisine Indian
Prep Time 5 minutes
Cook Time 20 minutes
Marinate 12 hours
Total Time 12 hours 25 minutes
Servings 1
Calories 478kcal
Author glebe kitchen

Find dried fenugreek leaf or kasoor methi at any Indian food store. It's a key flavour to many indian dishes so if you like to cook Indian, it's good to have on hand. I used food colouring for this marinade. Other than colour it adds nothing. It's messy as well and you have to use gloves to handle the chicken. I normally leave it out. If you don't have, or can't get a mild kashmiri chili powder, substitute 1/2 tsp cayenne plus 1 1/2 tsp paprika. This marinade makes enough for one chicken plus four chicken thighs.