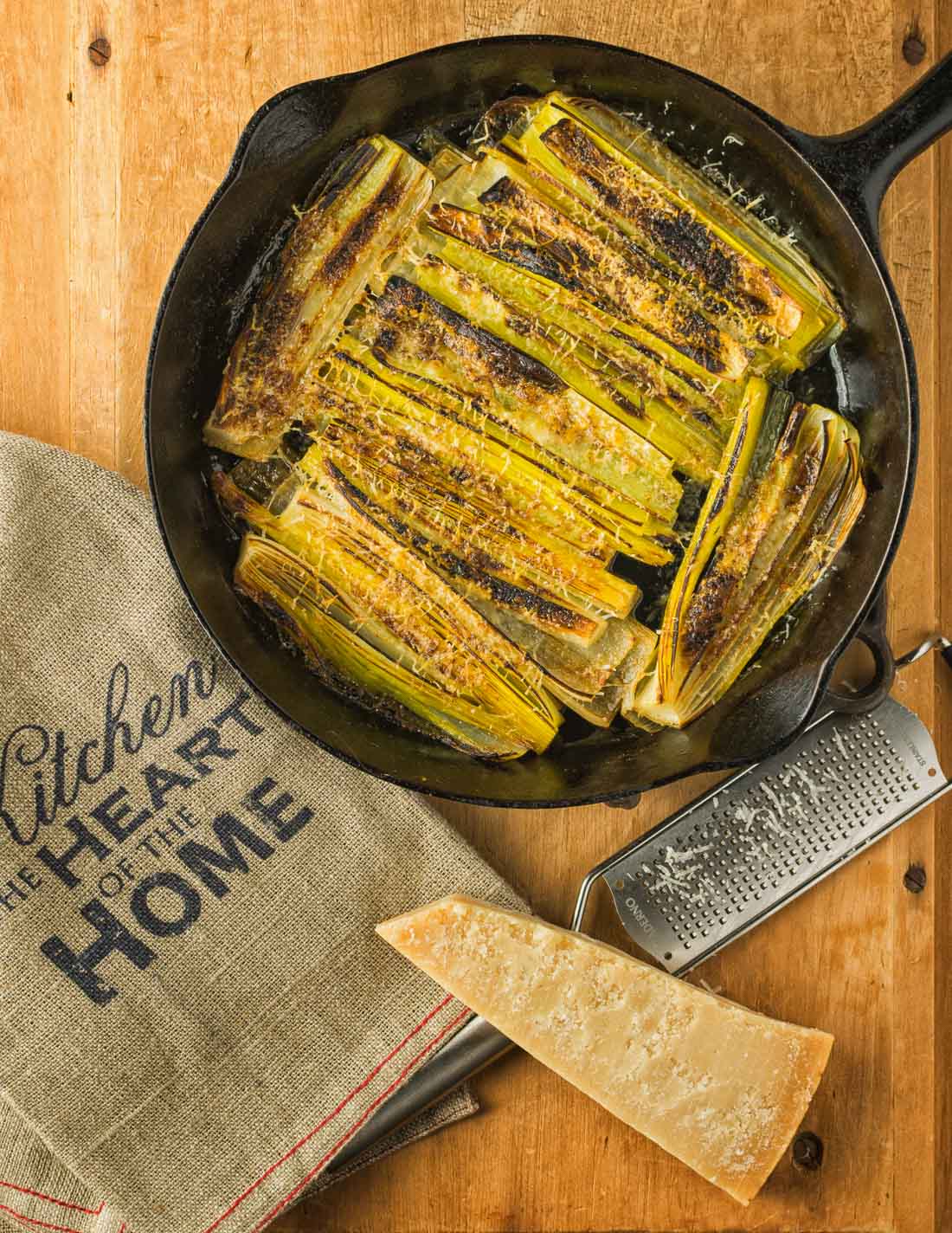 Make braised leeks with parmesan. Be a trend setter. Dare to be different. Leeks gets a bum rap. They are the ignored vegetable. Shunned. They’re not an onion, not a scallion, not a shallot. What are they then? “Hmm… They’re big. I’m not really sure. I hear they are good in soup. I think you can put it in a stew? Maybe? I don’t know… What do you do with them?”

Why the confusion? Why the indifference? Braised leeks with parmesan is a great side dish for any roasted meat or poultry. Or even as a vegetable starter. Put a couple of these on a plate. Drizzle this with olive oil and maybe a squeeze of lemon juice. Serve it as a first course. Crazy good. Foodie good. 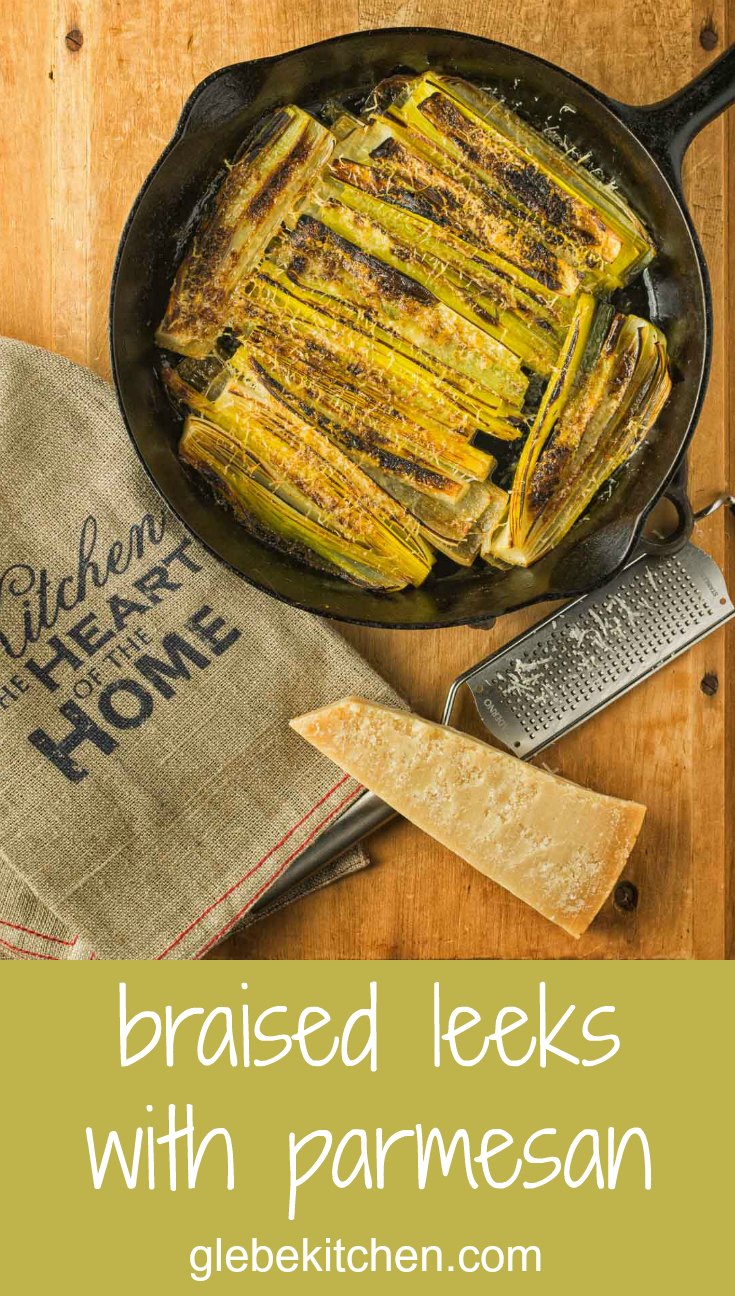 Leeks are much milder than onions. Braised leeks get this meltingly tender texture. Mild onion like flavour and melting. Why don’t you want to eat them? This dish is easy. Braise the leeks, sprinkle some cheese on them and flash them under the broiler. Make this. Tell your friends. Spread the word. Leeks are the new kale! OK – maybe not – but they are tasty. Give them a chance.

15 thoughts on “braised leeks with parmesan”