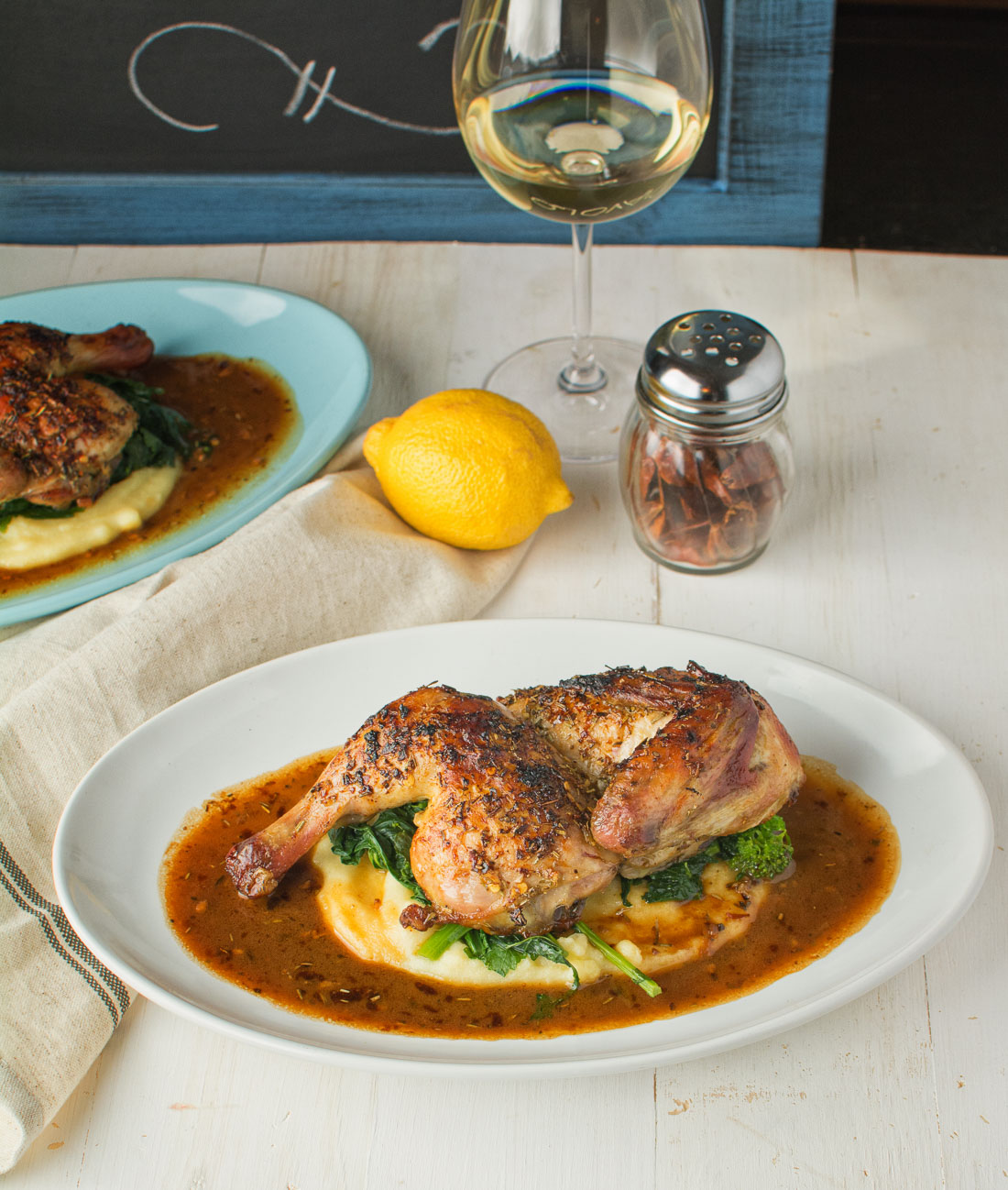 Chicken diavolo is about the most flavour you can load into a dish. Big, bold Italian flavours. It’s so good. And its easy enough for a weeknight dinner.

This is the other diavolo. One that’s become more popular in recent years. The original is great rustic eating. This is a bit rustic as well but you can dress it up. I do it all the time.

Lots of garlic and herbs in this chicken diavolo

This is one of those dishes that vary a lot from recipe to recipe. This version has lots garlic. It’s pretty heavy on the herbs. If that sounds good to you then maybe this is your chicken diavolo.

The sauce is bright and lemony. But it’s also complex. The drippings from the bird and the herbs flavour it. Wine and stock round it out. Delicious stuff. Plate licking even.

This is the first time I write down this recipe. I’ve made if forever, mind you. It’s based on a vague memory of a show I saw once.

A cooking show starring this crazy singing Italian chef. He mumbled and he had this wicked accent. Never could understand him so this is probably not his chicken diavolo either. It’s mine. And now I hope it’s yours. 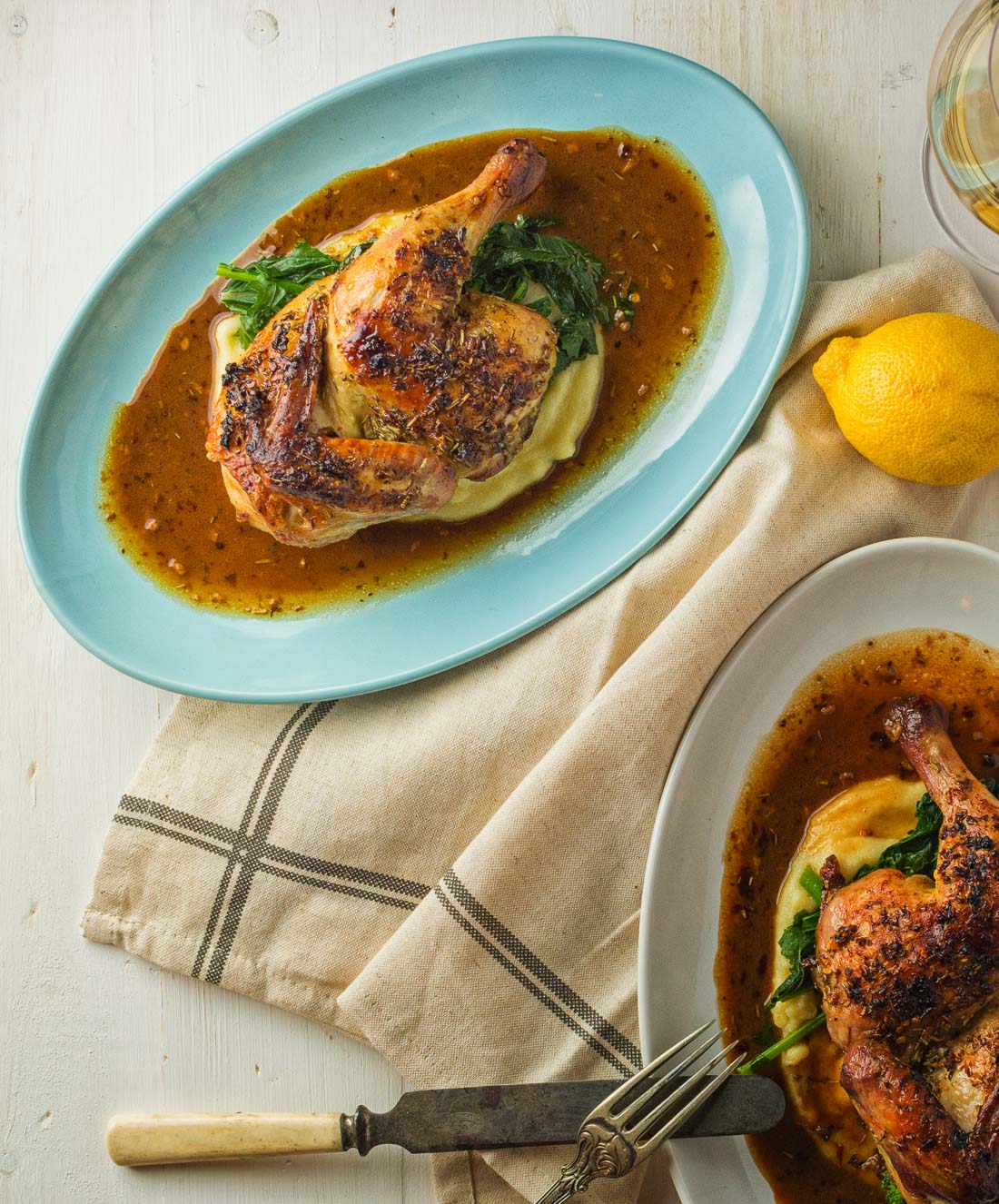 I use dry herbs in this recipe as you broil the chicken at the end. That blast of heat can cause problems. You have to be careful with the garlic. Fresh herbs wouldn’t stand a chance.

I serve it here with parmesan polenta and rapini. Garlic mashed potatoes or pureed cauliflower would both work equally well.

Or you could just serve it with bread to sop up the juices. That way your guests won’t be embarrassed when you lick your plate…

If you use regular sodium chicken stock decrease the salt in the marinade.