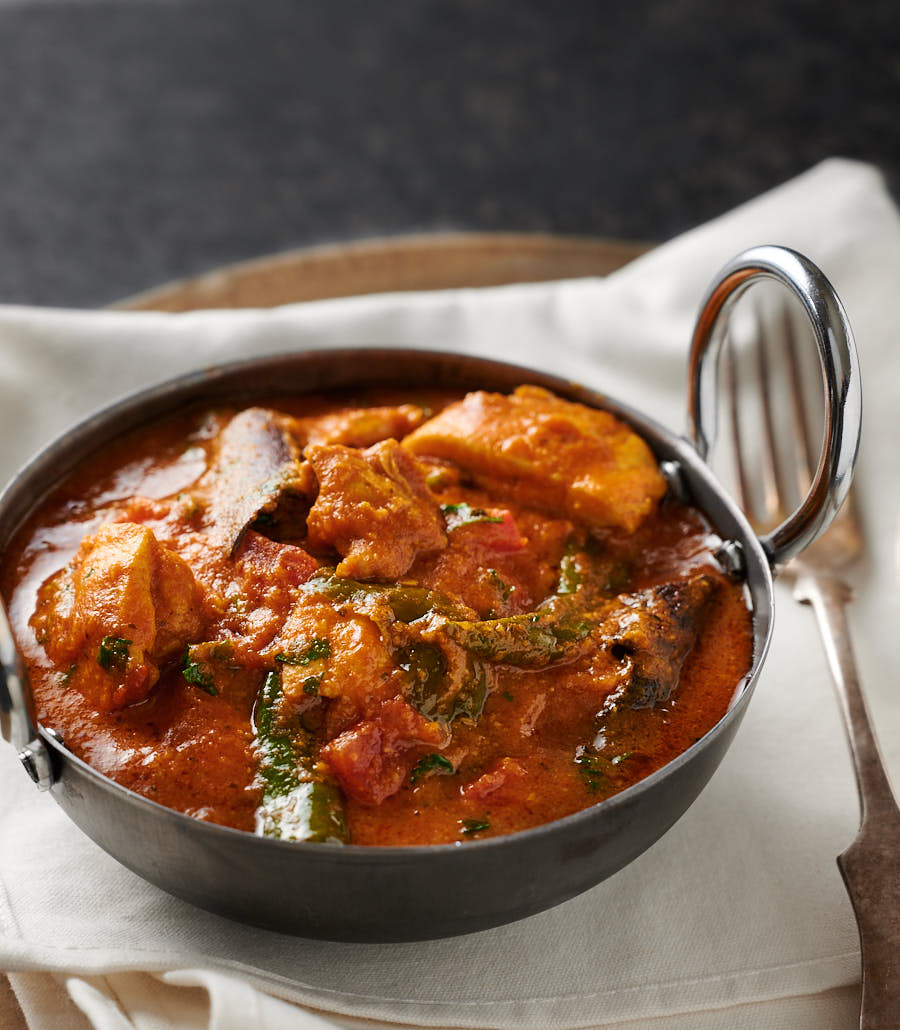 Chicken masala is what would happen if your local Indian chef decided they wanted their childhood fave. But made it restaurant style. Tomatoes, onion, garlic, ginger, chilis and spice all wrapped up in a lush, delicious sauce.

Chicken masala is not tikka masala

You probably already figured this out. But I want to be clear. This has nothing to do with chicken tikka masala. Nothing. Except maybe it’s a chicken curry.

There’s no tandoori chicken. There’s no cream. It’s not red. No coconut. Not the same thing at all. So now you know. Don’t say you weren’t warned.

This is a classic Indian chicken curry. No exotic ingredients. Straight forward. Simple spices. You can probably get everything in this curry at your local supermarket.

Except maybe the green chilies. But you could substitute jalapeños if you have to. I don’t think it would be all that different. Go with smaller pieces. And use less. Jalapeños have a bit more bite. 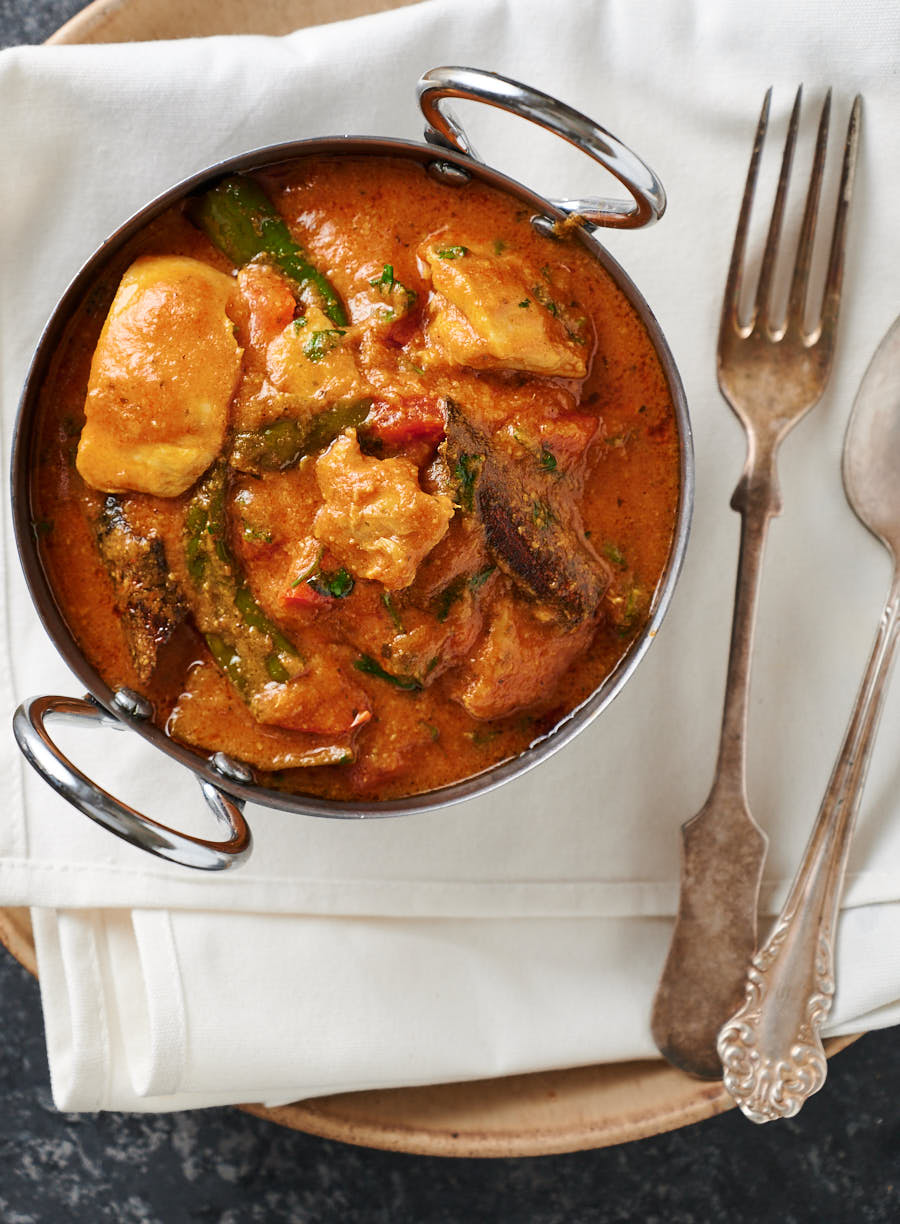 This chicken masala was inspired by homestyle cooking

I got the idea for this dish from an old classic Indian cookbook by Julie Sahni. Her chicken masala ingredient list isn’t a whole lot different than this one. Except the green chilies. That’s all glebe kitchen.

There’s a lot more cilantro than the original as well. I wanted something bright against the sauce. Something to really wake up the taste buds. But I didn’t want to stray too far from the original. Cilantro fixed it up nicely.

What changes is how the ingredients come together. Makes the dish completely different. Chicken masala – done restaurant style. You can read more about the techniques in this nearly restaurant style primer. 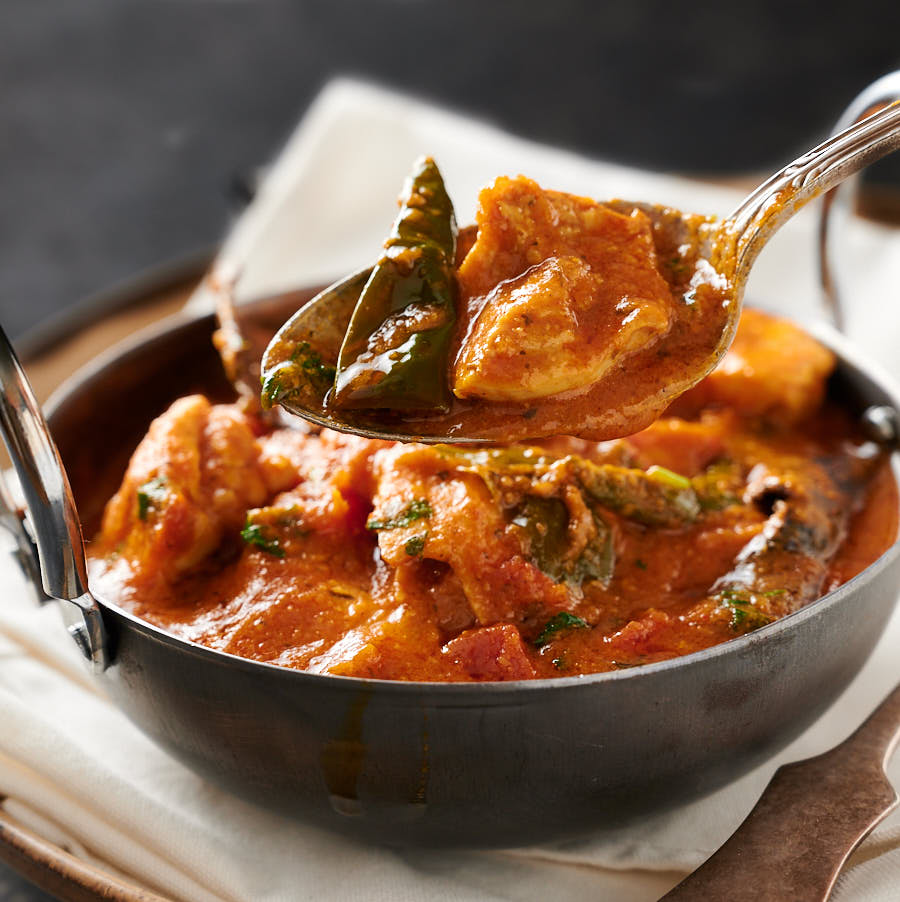 They could serve you this in an Indian restaurant

Indian restaurants serve curries that you just don’t see at home. That’s why you can’t ever seem to make what they serve. Almost all the recipes you see are home cooking. Indian home cooking is amazing stuff.

But it’s not what you get in restaurants. They approach it in a way that lets them cook curries to order. In 10 minutes. Nobody would wait an hour for a curry. So they adapted.

Full blown Indian restaurant cooking takes a lot of prep. The curry itself takes 10 minutes to cook. But you have to make this magic stuff called curry base. Or base gravy.

Whatever you call it, it is the Indian restaurant kitchen’s secret weapon. There are a ton of recipes based on it on this blog. Not a big deal really. Make it and freeze it. Always ready to go. Or you can go nearly Indian restaurant style.

Onion paste is the other secret weapon

You can make a very tasty Indian restaurant style curry without curry base. Some restaurant style purists are probably jumping up and down fuming at that statement. But it’s true. Not quite perfect maybe. But very, very close.

And you can make onion paste for one curry. In around 15 minutes. Easy. And it works. 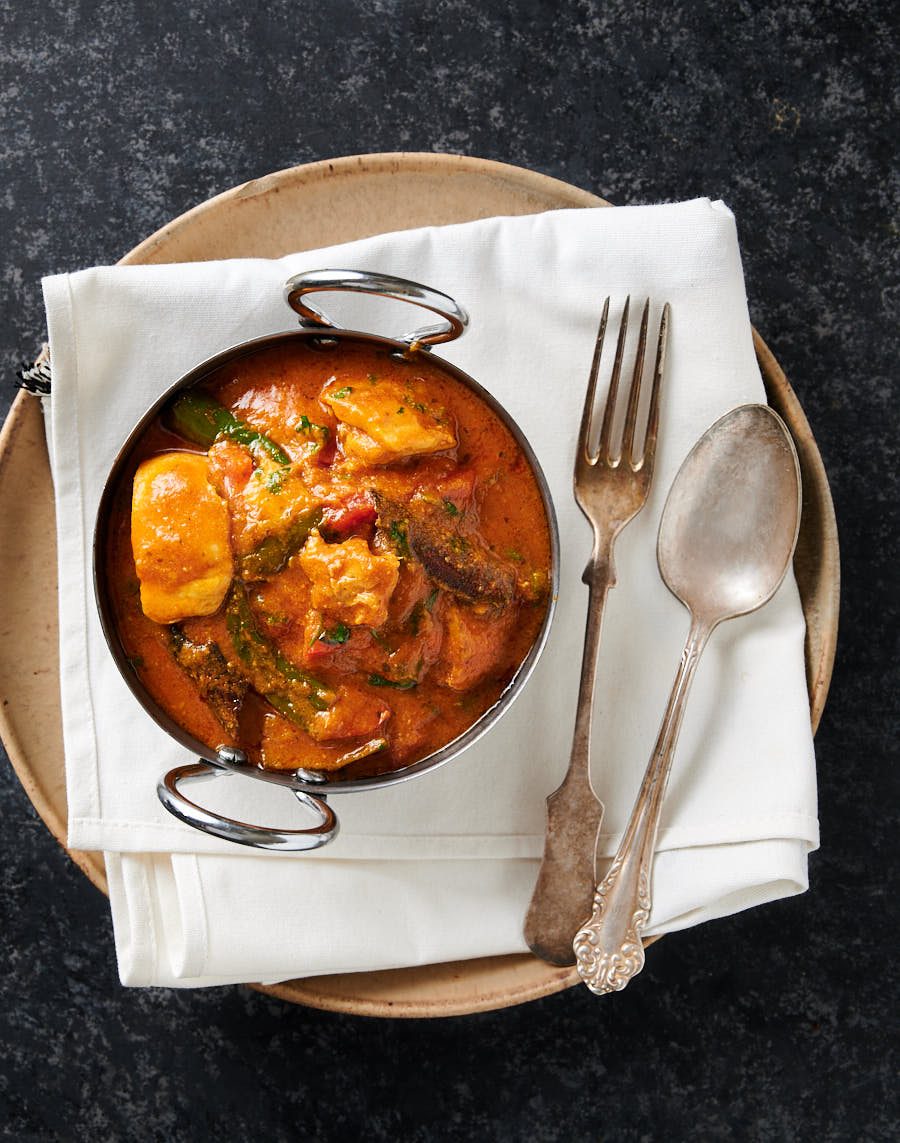 This is a simple curry. Straight forward flavours. Long on taste. Nearly restaurant style chicken masala is what you get when you take a family dinner classic and apply some restaurant technique.

This isn’t the flashiest curry on this blog. It isn’t that well known. But it is worth trying. Sometimes simple is a good thing… 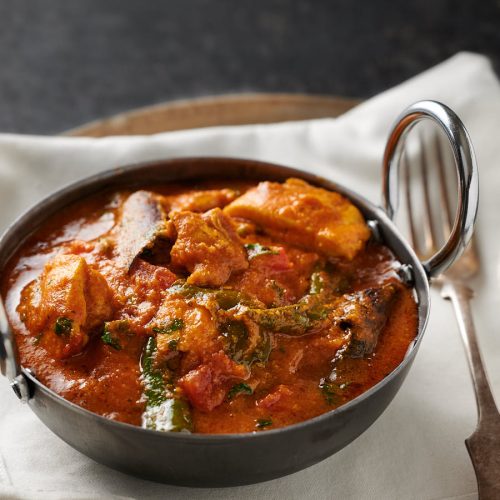 The recipe for Indian restaurant spice mix can be found here. You can buy garlic ginger paste but it's easy to make and homemade is way better. Here's an easy recipe for garlic ginger paste. If you cook Indian fairly often it's so worth it to whip up a batch. It will keep for a few weeks in the fridge.