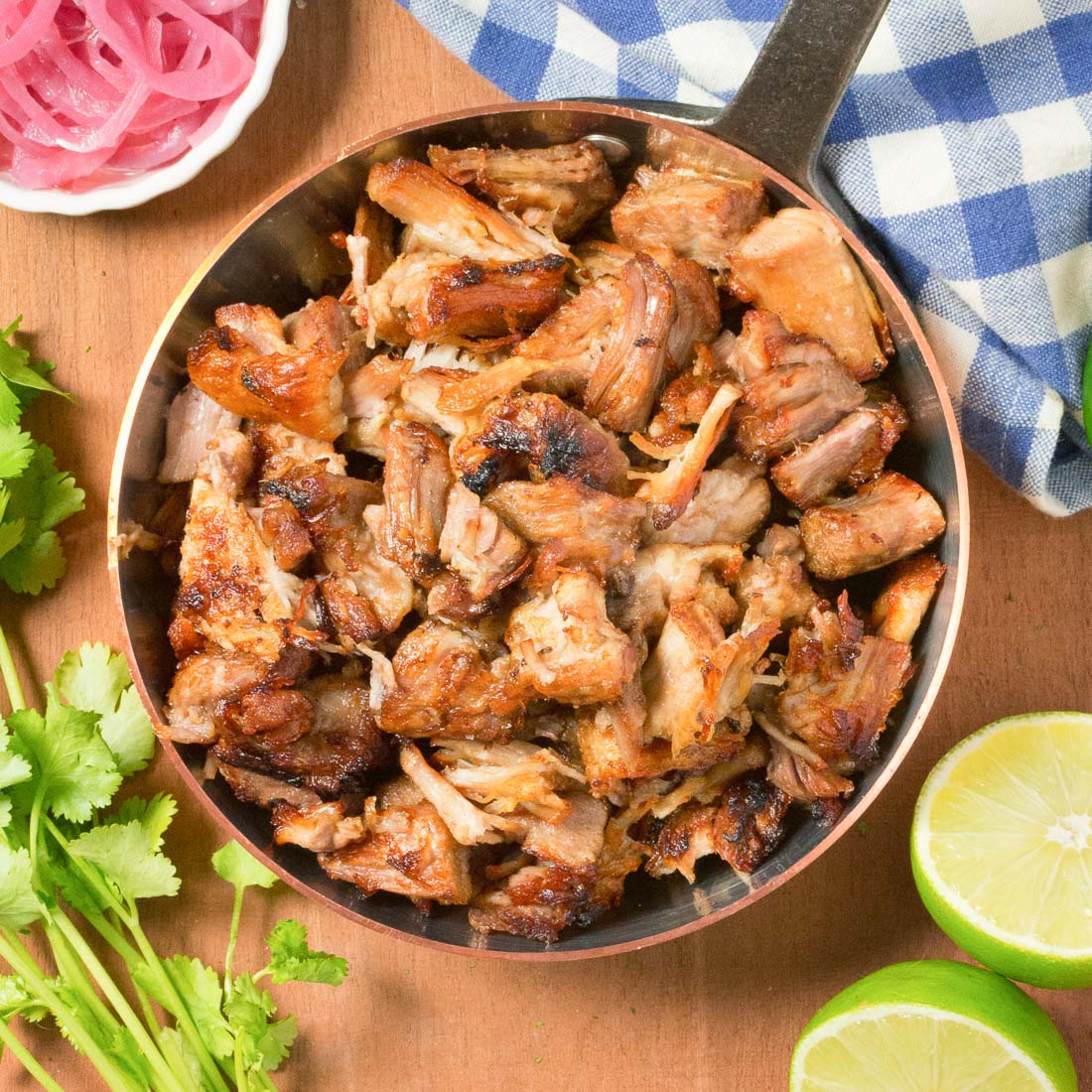 Crispy pork carnitas make some of the best tacos around. Little bits of pork wrapped in a soft corn tortilla. That is just good living.

I’m so obsessed with pork carnitas. Tacos in general I suppose. I can’t do it like they do in Mexico. Giant pots of carnitas simmering pork lard is a bit over the top for my kitchen. Sad but true.

This is a scaled down version. No giant pots. No cooking tons of pork a week. But a little bit of pure pork goodness nonetheless. And there’s pork lard. Tasty, tasty pork lard.

These are taqueria style carnitas. Probably how they make them in restaurants outside of Mexico. Not quite the same but really close.

You get a mix of meltingly tender pork and little crispy bits. Serve that up with a little salsa and a squeeze of lime and you could probably fool yourself into thinking you are in Mexico.

Get the recipe here.

Sous-vide is a more upscale approach. This is seriously tender pork. Think of slow cooker done right. The more sophisticated carnitas. Upscale even.

If oven baked is what they serve at that little taqueria downtown, this is definitely uptown. Posh Mexican restaurant tacos.

I came up with these by accident. Rick Bayless was taking about these crazy pork paves he serves at Topolombambo. So I tried to make them.

I failed. They totally self-destructed when I tried to fry them. But that epic fail gave me this sous vide approach. So I’m not too broken up about it.

Get the sous-vide recipe here.

I like both versions. A lot. Just depends what you are going for. If you want downtown – oven style is best. If you want uptown it’s sous vide all the way. Try them both. You can’t go wrong. 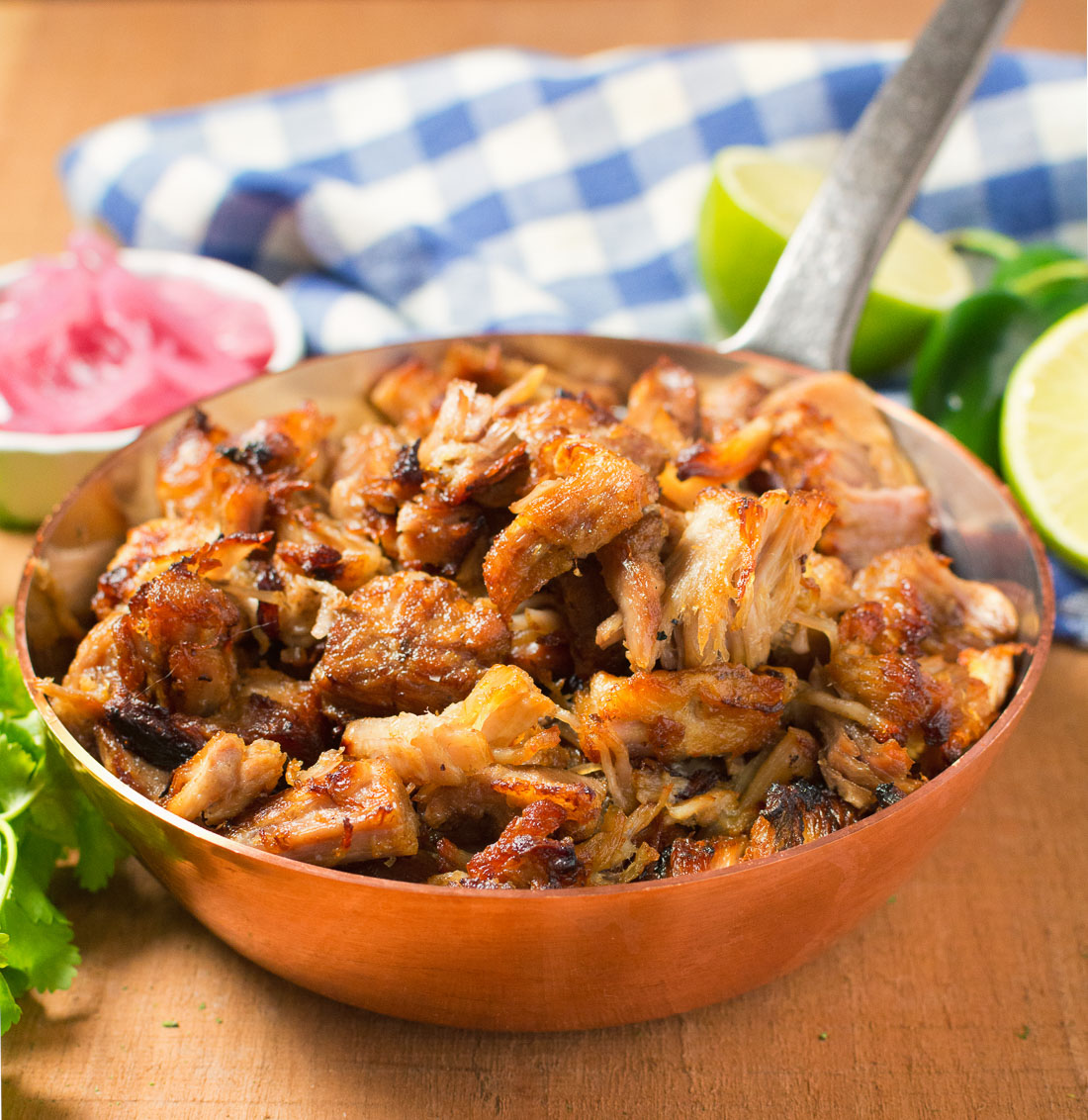