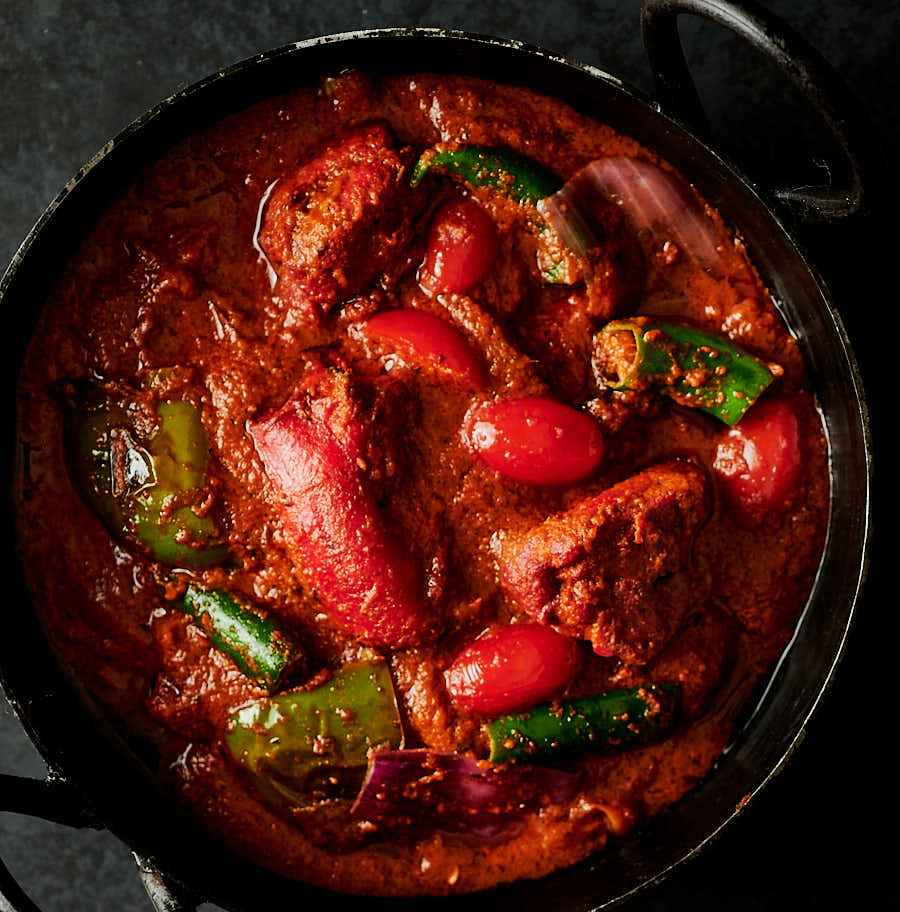 Stop and think about it. Chicken jalfrezi is a big curry. Toss in some chicken tikka and it’s huge. Wrap it up in Indian hotel style gravy and it’s completely over the top.

Lightly charred peppers. Green chilies. Onions. Chicken tikka. Tomatoes. And a whole lot of spice. This is a curry for people who want it turned up to 10.

Think I’m talking it up too much? Try it yourself. You’ll see.

Indian hotel style is a whole new way to cook

There are a ton of restaurant style curries on glebekitchen. I love those. Make them all the time.

But when I really want to pull out all the stops I go for hotel style. Hotel style takes those restaurant concepts and builds on them. Think fine dining. What they are serving in the posh restaurants.

Restaurant style is what most of the Indian restaurants do. Some do it better. Some worse. Usually you can do better yourself. If you try.

Hotel style is what’s going on in the kitchens of the restaurants you can’t get into. The really good ones. Chicken tikka jalfrezi fine dining style.

It’s something to think about. If you want to really step up your curries, Indian hotel style is hard to beat.

This is critical. Makes a huge difference. You have to get some blistering on your peppers. That’s what makes jalfrezi what it is.

There was a time I didn’t do this. And I was never impressed with the results. Jalfrezi was pretty low on my list.

Then I discovered what a difference blistering the peppers makes. How a bit of char on the edge of the onions adds the wow.

Kind of obvious. I know. But there are a lot of ways to make chicken tikka. Some are more elaborate than others.

Some have yoghurt. I don’t think I would use one of those here. I don’t actually ever put yoghurt in my tandoori. Learned that trick in Bangalore and never looked back.

I used the specified marinade for these pictures. Cooked it in the oven. Charcoal is better. Always. But there’s so much going on the smoke kind of gets lost.

Works on the grill. Works in the oven. The important thing is you don’t overcook it. That’s dry chicken. And that will kill any chicken tikka jalfrezi. Always nail your chicken first. And go from there.

You can go full bore on your chicken tikka. That’s better for sure. If you want to put the time in. But I do my full blown chicken tikka when I’m eating tikka. When there’s nowhere to hide. When every detail matters.

This chicken tikka jalfrezi is not a subtle curry. So the nuances get lost. And simple tikka is probably good enough. Your call though. Not like I don’t go completely overboard with the details on glebekitchen.

This recipe works two ways. As written, it’s the best chicken tikka jalfrezi I know how to make. Take a winner and add hotel curry gravy. Pretty hard to beat.

I like it a lot. With just that hint of naga from the marinade. A subtle note.

But I like naga pickle. It’s crazy hot. But it’s crazy delicious. In a really assertive way. It doesn’t complement here. It changes the dish. To a naga chicken tikka jalfrezi.

That’s a completely different beast. Naga is a flavour sledgehammer. Nothing subtle about it.

So it’s your call. Make it as written. That’s great. Or add naga. That’s great too. Tough call. Try a drip of naga in a spoonful of sauce. And then decide.

Either way, I don’t think you can go wrong… 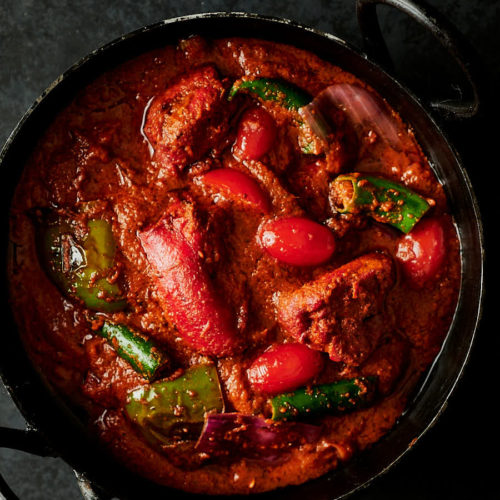 Naga pickle is hot stuff. I love the taste. This is a jalfrezi so it can stand a little heat and, as written, this recipe is really just on the high side of medium hot. Try it in the tikka. If you really love naga think about making this a naga chicken tikka jalfrezi. It’s a nice twist. Make your Indian hotel curry gravy ahead of time. It takes time to make so think about doing it the day before. I use this Indian restaurant spice mix in most of my Indian restaurant style curries. For maximum flavour you should consider making your garlic ginger paste from scratch.