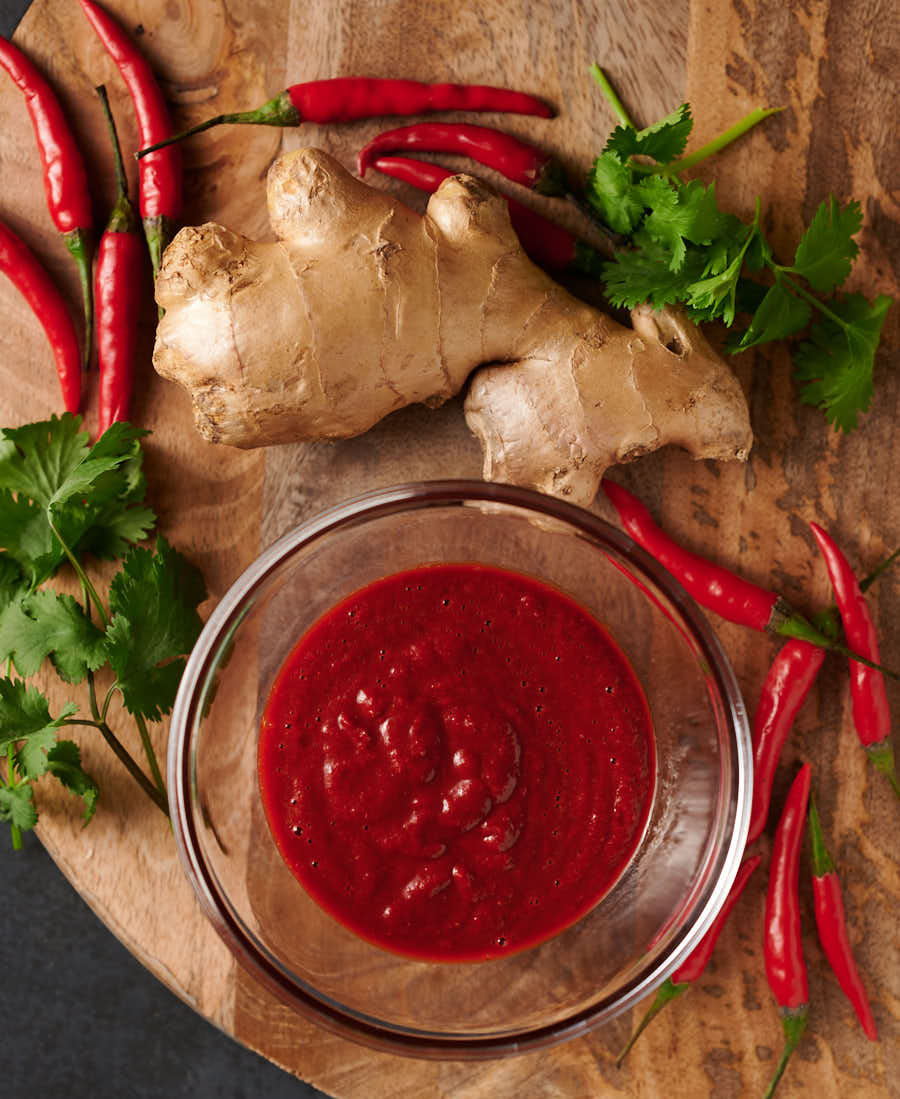 Patak’s tandoori paste has been around forever. It is the reference tandoori paste all around the world. Spicy. Tart. Red. It’s a backyard BBQ staple.

So when I heard, I decided to do something about it. I thought about a protest march. Outside the Patak UK office. Tens of thousands of tandoori and tikka lovers descending. They wouldn’t know what hit them. Epic.

But that’s a little over the top. Even for tandoori paste. So I did the next best thing. I figured out the recipe. And I’m sharing it here.

The number one ingredient listed is ginger. So start with ginger paste. Just toss some ginger into a blender with some water and puree.

This isn’t a bad thing to add to your arsenal anyway. For times when you don’t want the garlic in homemade ginger garlic paste.

Look for the least amount of ingredients on the jar. Ideally you should see tamarind and water. Nothing else.

Tandoori masala gives you all the spices in one place. And the benefit of food colouring if that’s your thing. Everybody wants reddish orange tandoori chicken. Two birds. One stone.

Watch out for the salt in the masala. Some are saltier than others. Probably not that big a deal as this is used in marinades though. Not like it’s all getting into the final dish.

It also takes an oddball ingredient

Patak’s tandoori paste is tart. Mouth puckering tart. Seriously tart. It’s not tamarind that does it. It’s not vinegar either. Both those are totally wrong.

It’s citric acid. Not a common ingredient. But it’s absolutely the right one.

Citric acid powder specifically. It goes by citric acid. Or lemon salt. Or sour salt. But the ingredients on the label are what will guide you. It needs to say citric acid there.

It’s not bad for you. So don’t worry about it. If you have extra, it’s great in homemade tonic. One for the gin drinkers.

Give your tandoori paste time to rest

You can use this right away. If you need to. But minutes old ginger paste is strong stuff. It will still work. And if you love ginger go for it.

Give it a day in the fridge and it mellows a bit. Still fresh tasting. Just more balanced. If you are using it in tandoori marinade don’t worry about it.

But if you are featuring it as a main ingredient in your tikka or tandoori maybe think about giving it a bit of time. Just one day and it all comes together nicely.

Copycat Patak’s tandoori paste. Now you don’t have to march on Patak’s headquarters. Although I still think that would be fun… 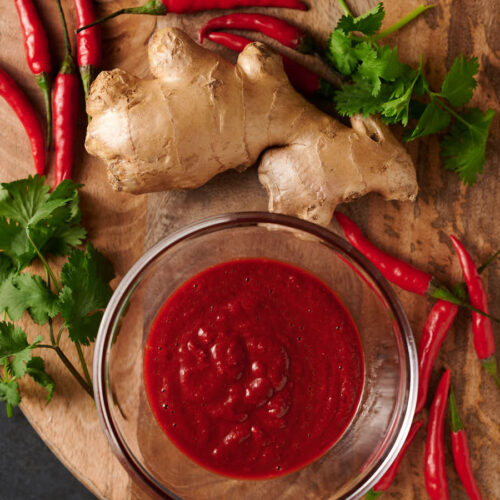 This will keep a few weeks or more in the refrigerator.