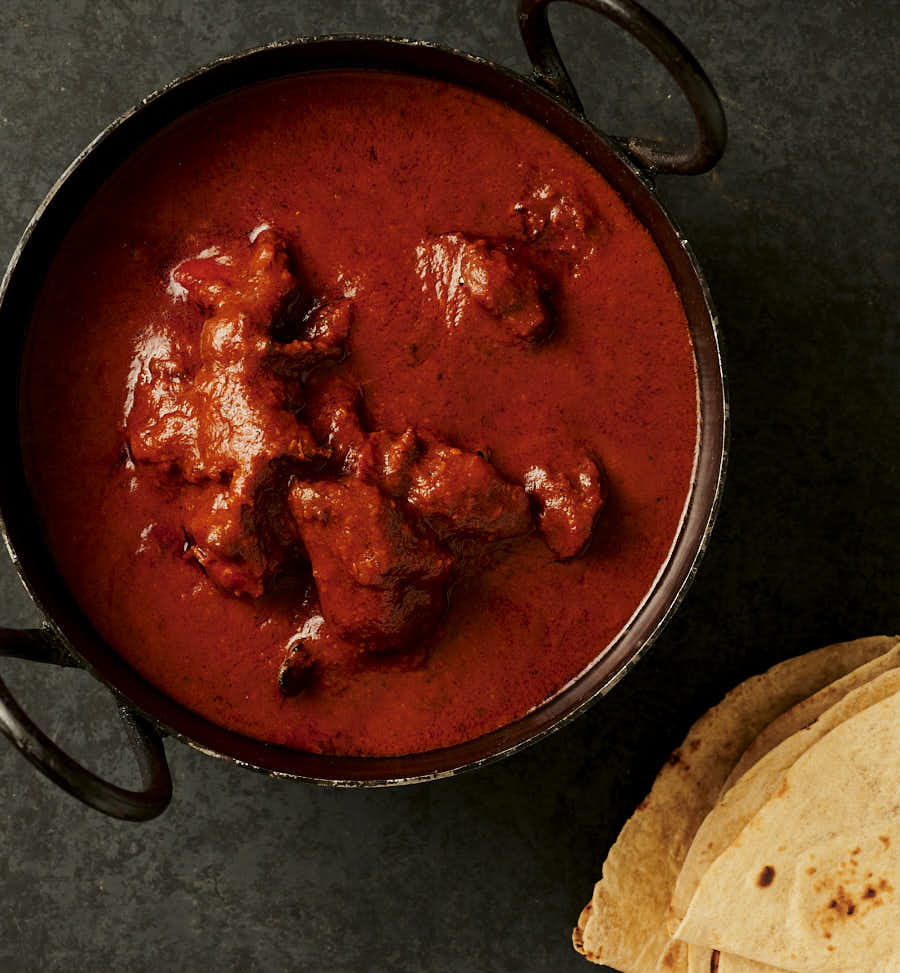 There are chicken tikka masala recipes out there that are about garam masala and tomatoes. Or tomato soup. This is not one of those recipes.

This is the other end of the spectrum. Go for gold. Pull out all the stops. If you love chicken tikka masala you need to try this version.

Not everyone wants to go the distance. I get that. For some people tomato soup and garam masala is good enough.

Chicken tikka masala isn’t part of that history. It’s new. Relatively speaking of course. We are talking about a cuisine with a history that goes back millennia. More.

The best story I know is chicken tikka masala was invented in the 1970s. Which is pretty old. But not really. Spoiler alert. It doesn’t even come from India.

Story goes like this. A bus driver goes to his local. Orders his regular. And decides it doesn’t have enough sauce.

So he sends it back. The pivotal moment.

The chef gets annoyed. Somebody is complaining about his masterpiece. And he’s stuck eating canned tomato soup.

He tosses his leftover soup in the guys curry. “That’ll shut this guy up” he’s thinking. A waiter delivers the chefs wrath. And it happens.

Culinary history is made.

Myth? Probably. But it’s a great story. What I really want to know is what curry the bus driver ordered. Anyone know that part of the story?

Use whatever chicken tikka recipe you like. If it’s good enough to stand on it’s own it’s going to be good enough for this recipe.

I’d push you to this version of chicken tikka. But I’m already asking a lot with this particular recipe. I get that maybe that’s over the top. So I’m offering up a simpler version.

A little naga pickle really works in this version. If you can take the heat naga pickle is something you should consider. Such tasty stuff.

A little tang is nice

I like that tandoori tang in chicken tikka masala. But I don’t think day-glo red is right for hotel style. This is posh. Day-glo isn’t particularly posh.

And the different brands of tandoori masala have wildly differing salt content. Another problem. I changed brands mid recipe development. And it messed everything up.

In the end I gave up. I stopped working on this recipe. And came up with my own tandoori masala.

Problem solved. You can still use commercial blends. You just have to be careful with how much extra salt you add. And be OK with how red your curry winds up.

I took these pictures using a commercial version. I thought I had it. The day I took pictures I tried a new commercial tandoori masala. And it was way too salty.

So if you make your version with the glebekitchen tandoori masala and it’s not the same colour that’s why. You’ll get the colour I wanted to see.

I will take the pictures again. Glebekitchen is supposed to be what you see is what you get. Pictures of my dinner. Always.

But I’ve had a lot of requests for this recipe so I can’t wait. And it was my dinner that night. Before I gave up on commercial masala. Please forgive me. Just this once.

There are two gravies in this one

If you’re new to hotel style cooking it’s a little different from what you might be used to. If you cook restaurant style anyway.

The basic idea is the same. There’s a gravy. It’s the base of the curry. But it’s a completely different gravy.

And in this chicken tikka masala there are two gravies. Yes. Two gravies. Think like a high end restaurant.

The sauces are foundational. Like French cooking. Which is why I love it. This is India meets Cordon Bleu. Like I said. Discipline.

There’s an onion gravy. I call that hotel gravy. It’s where the depth of flavour comes from.

And there’s the makhani gravy. Rich tomato flavour. Tang. A little sweetness. Another layer of flavour.

Not really makhani gravy actually. Tomato gravy. Because you use the version without the butter and cream.

This may be the most complicated chicken tikka masala recipe out there. I haven’t looked that hard. But I wouldn’t be surprised.

So I get that this one isn’t for everyone. It’s not for the those with a passing interest. Not for the Campbell’s soup and garam masala crowd. 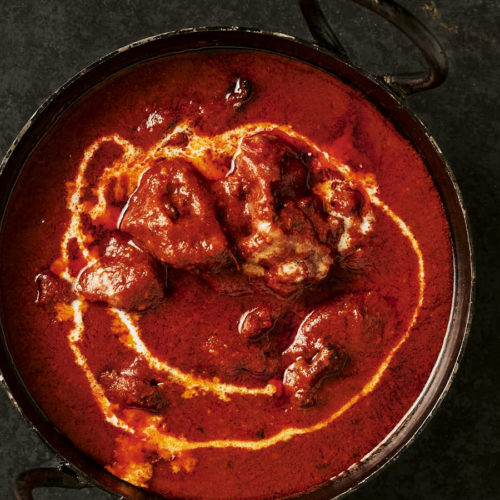 Do you prep. Make your hotel gravy. Make your makhani gravy. And think about making your own tandoori masala.